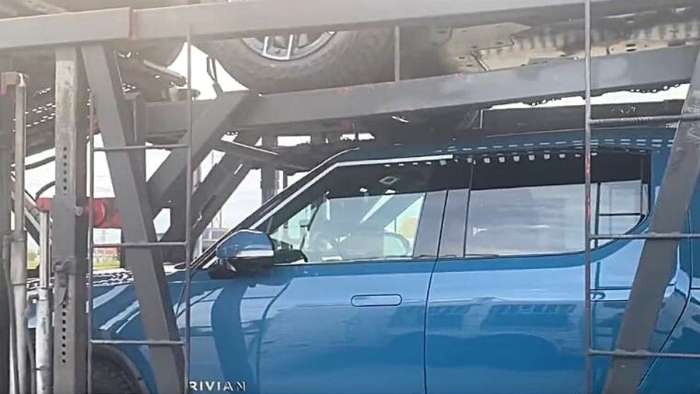 Check Out These Brand New Rivian R1Ts in Transit

Slowly but surely the first Rivian R1T electric trucks are making their way to customers, as this video from Twitter user @D_Love shows.
Advertisement

Love, an EV enthusiast, lives near Rivian's factory in Normal, Illinois, and captured this video in a Walmart parking lot often frequented by resting truckers. Three R1Ts can be seen sharing space with a BMW, Rav 4, and is that an old Honda Odyssey on the back?

Perhaps it's not surprising to see that the transport truck isn't overflowing with Rivian R1T trucks as the company had only built 56 of the electric adventure trucks as of October 22nd. Production began on September 14th but certainly isn't up to speed yet with an average of just two R1Ts gliding silently off the assembly line each day since then.

As of September 30th Rivian reported that it had received more than 48,000 reservations for R1Ts and the upcoming R1S SUV, so hopefully the company can speed up its rate of production before real problems start to develop. Along with the R1S, Rivian intends to begin production of the 500 and 700 Van for Amazon in December, and hopes to deliver 300 of the electric haulers before the end of the year. Patent documents relating to trim levels suggest that the vans will also become available to the general public further down the line.

So what exactly does this video show us? For one we can get a good look at the R1T's nice-and-aerodynamic flat underbelly, and for another we can tell that the shade of blue that those two trucks are painted looks damn good under natural light. The white looks very clean too. Let's hope Rivian can ramp up production and pump them out fast enough to meet demand without falling too far behind. 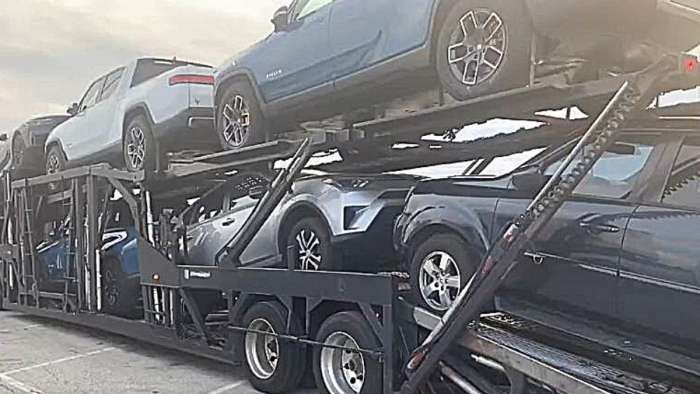 Tesla Giga Berlin's New Hurdle: It's Not Only the Gov't, but Now Tesla Itself
Teslas Are Sold Out Until 2023, But The Timing May Reverse
END_OF_DOCUMENT_TOKEN_TO_BE_REPLACED