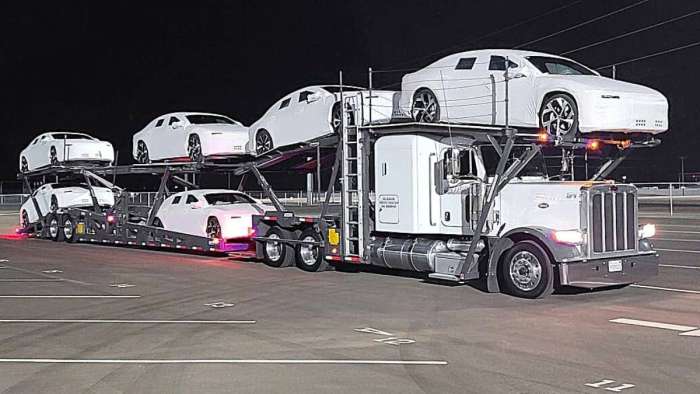 Lucid Motors has announced that deliveries of the highly-anticipated Air EV will begin on Saturday, October 30th.
Advertisement

Customers who opted for the Lucid Air's Dream Edition, which launches the Air EV, will be invited to pick up their cars before embarking on the inaugural Lucid Rally with staff from the company's leadership team.

Starting from Lucid's headquarters in Newark, California, the route "Showcases the vehicle’s standout ride, handling, and performance capabilities," so expect a mix of highway cruising, city driving, and ventures out onto twistier roads. Highlights will be shared across the company's social media channels throughout the weekend.

The Dream Edition comes in two variants: Range and Performance, with both versions packing a 118kWH version of Lucid's long range battery with 6,600 cylindrical cells arranged in 22 modules.

The Performance model's dual motor powertrain is optimized for speed and acceleration at the price of a little range. Boasting an output of 1,111 horsepower with 1,025 lb/ft of torque on tap it dispatches the sprint from 0-60 mph in just 2.42 seconds and the standing quarter-mile in 9.67 seconds at 149.87 mph. Those figures come from a Performance equipped with Lucid's 21-inch wheels wrapped in the specially-designed Pirelli P-Zero tires that both versions get, but bolt on a set of the optional 19-inch wheels (same rubber) and the Dream Edition Performance will cover 471 miles on a single charge.

The Range model has to make do with 'only' 933 horsepower but is able to manage an EPA-estimated 520 miles per charge giving it the longest range of any electric car on sale at the time of writing. With the more efficient 19-inch wheels equipped the Range is able to cover 4.4 miles/kWh with only the 2022-delivery Air Grand Touring besting it at 4.6 miles/kWh. The Range's torque figure is identical to the Performance, 0-60 takes a still-very-rapid 2.74 seconds, and the quarter-mile is run in 10.24 seconds at 132.90 mph. Top speed in both cars is 168 mph and both start at $169,000. 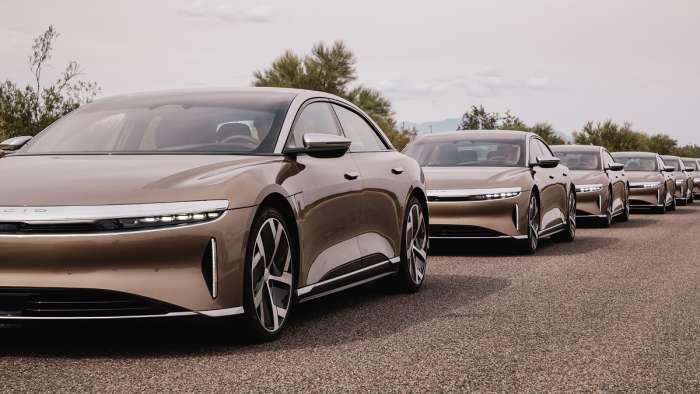 Lucid vehicles are designed and developed in Silicon Valley and built at the company's factory in Casa Grande, Arizona. Lucid is proud of the fact that theirs is North America's first EV factory built from the ground up as opposed to being retrofitted from producing ICE vehicles. The facility contains the Advanced Manufacturing Plant (AMP-1) and Lucid Powertrain Manufacturing (LPM-1) where the company's powertrain technology is developed and manufactured, allowing for more control over the process as a whole.

Lucid hopes to ramp the Casa Grande factory up to produce 400,000 vehicles a year through future expansions. It seems like they'll need that capacity, as the company has already taken over 13,000 reservations for build slots.

LG's New EV Battery Plant Is a Welcome News for Tesla
Tesla Giga Berlin's New Hurdle: It's Not Only the Gov't, but Now Tesla Itself
END_OF_DOCUMENT_TOKEN_TO_BE_REPLACED