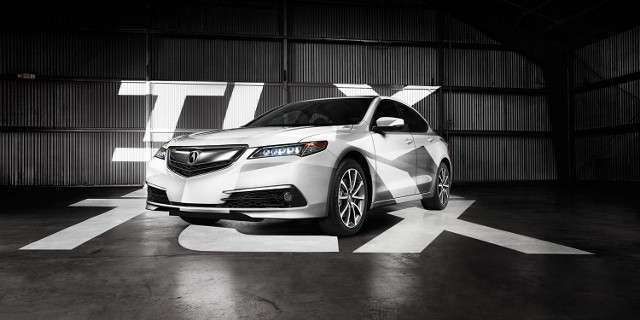 We believe that Acura TLX will not only elevate the brand to new hights, but change how you and the auto industry measure economy driven performance. TLX is a giant killer.
Advertisement

Acura has ventured back into the auto industry's most popular sedan segment with something that’s so new Audi, BMW, MB, Lexus, Infiniti and others will be compelled to emulate the ergonomic driven driver and passenger accommodations, superior handling tech-rich safety and personal connectivity features of the 2015 TLX.

We covered the comfort features of TLX in yesterday's article. We, were accused of writing a PR piece for Acura without “measurable” data. That comment was most likely from one of my fellow automotive journalist at Motor News, or one of the many dot comers covering the most exciting car to come out of Acura in decades. (Oops, there I go again.) You will find the specs here.

Today Torque news reports on the engine, drivetrain and technical side of the innovative 2015 Acura TLX 2.4L i_VTEC 4 cylinder with P-AWS, the TLX 3.5 liter SOHC normally aspirated V6, 9 speed transmission with P-AWS and the top of the line 3.5 liter V6, 9 speed with SH-AWD and full tech package.

TLX is offered in 7 variants. We refer to it as an automotive transformer, simply because it’s effectively two cars in one. Hi- tech sport sedan meets refined entry level luxury cruiser.

Tuesday morning weather in West Virginia was perfect for pushing the TLX through its paces. Acura kindly provided Torque News with a 270 mile loop through Virginia horse and wine country over a road course consisting of country 2 lane, city and highway driving. We would rotate 3 pre -production variants of TLX between 2 drivers. Acura did an exceptional job of insuring that each driver was given adequate drive time in all three variants provided.

We begin our test drive in the 2015 TLX V6 SH-AWD with Tech Package.

Acura Acronyms: SH-AWD = Supper Handling All Wheel Drive. The story begins here, but we’ll ldigress a bit as we revisit the cabin of TLX. While the exterior of 2015 TLX is sized to slide between the exiting 2014 TL and 2014 TSX, Acura has retained exceptional class leading interior spaciousness, and ergonomic driven driver, passenger comfort in all trim levels of TLX.

When entering the car one realizes that nothing in the entry level premium sedan segment can touch the interior proportions, fit and finish of TLX. But enough already, let’s get to the road characteristics of Acura’s game changer.

Through the wizardry of Acura engineering, Project leader Mat Hargett, Brian Hourt, Chris Kipher and Dan Powderly have accomplished what other automotive development teams only aspire to do; they’ve reinvented the Acura sport sedan.

We could write a book on the upgrades and component changes that have lead to the exceptional driving experience afforded the keyless entry fob holder of the TLX, we don’t have enough cyberspace here to do so.

Automotive engineering drives it, but “form enables function” in the all new TLX.

Upon pushing the (keyless) ignition button on TLX, one is treated to a pleasant V6 emited melodic note, a promise of things to come. As with all Honda developed engines, the normally aspirated Acura aluminum block V6 is rev-happy. There’s no performance-lag based disappointment present in the TLX. Acura has installed a (modified) Mat tells us it’s a new block designed for Acura, 3.5 Liter SOHC i_VTEC direct injected V6, maried to an all new, lighter and smaller 9 speed automatic transmission, with paddle shifters.

Unlike our recent driving experience in the exiting 2014 TL, the paddle shifter worked flawlessly in the TLX. There’s no shift lever in the TLX. the driver selection is sent to the 9 speed transmission via buttons and toggles on the TLX V6 front or AWD variant, they work exceptionally well.

Leaving West Virginia's Salamander Resort we note the noise level in the TLX cabin to be bordering on nil. This car is so quiet in normal drive mode that one can hear their own heartbeat. While that can be a bit disconcerting at times,our test mule came equipped with a state of the art ELS premium audio system featuring exceptional sound through 10 speaker; the acoustics of the cabin is exceptional.

stereo? infinitely adjustable through strategically placed speakers. Rich sound, we turned it off, we were here to drive.

Acura engineering has incorporated all wheel steering and all wheel drive in a midsize sport sedan that blows the collective doors off of the competition. While BMW and Infiniti may offer more horsepower in this segment, the high performance, direct injected, normally aspirated V6, mated to the state of the art 9 speed transmission, all wheel steering and AWD of the TLX takes the overall advantage in performance and comfort. Note: Ergonomics and cabin space of the TLX is superior in its segment.

Acura engineering hits a home run with the TLX. By reducing the overhang of this sedan(TL) by 3.5 inches, narrowing the width by 1 inch, tweaking the body line, thus bringing the car closer to the ground, Acura has accomplished the lowest wind resistance in the class for class leading fuel efficiency. While TLX may share pan and wheel base dimensions with Honda’s award winning Accord, that’s where the similarities end.

We’ve been assured by TLX senior project leader Mat Harget, that TLX is new from the ground up. Even the tire rubber has been compounded specifically for Acura TLX. Friction reduction and drag coefficient compliments the drivetrain superiority of Acura’s proprietary SH-AWD. Add to this coefficient state of the art multi phase suspension dampening and what Acura refers to as brake actuated torque vectoring (think manual transmission downshift with a twist,) you end up with a car that handles exceptionally well on the twisty downhills.

We pushed the TLX as hard as we could and didn’t lose it.

With apologies to Acura we must admit that we had the V6 TLX airbound more than once, this is not a small car. In sport mode the TLX takes on the personality of a race prepaid Acura TLX GT. This car is sticky, responsive and handles well when driven aggressively. We found ourselves backing off of the loud pedal more than once while grinning ear to ear. While TLX performs well in all drive modes(didn’t care much for economy) where it really shines is on a country two lane in sport mode.

You’ll find the driving mode toggle positioned below the drive button on the center console. We initially found the placement of the (IDS) to be a bit clumsy(eye’s off of the road) and distracting, but it worked well.

Acura SH-AWD enables dead- on tire tracking and engine torque transference through computer activated traction slip sensors. It’s a bit more complicated than that, you can watch the torque transfer via TLX’s dash mounted touchscreen monitor. But from the driver’s seat(the best in the industry) the shifting of torque is seamless.

Think Slot Car Track, that’s how well TLX tracks the road. For highway driving, simply transition from sport to normal or economy mode with the flip of a switch. In economy mode the TLX V6 is turning 1500 rpm @ 70 mph. That’s the same running speed of most turbo diesels.

How’s the mileage home boy? Frankly, it was so exceptional that we pulled out a calculator to confirm the dash reading.
24.7 mpg noted under real world, extreme driving conditions.

We pushed the TLX as hard as we could short of breaking it. Countless rabbit starts, hard downhill braking and acceleration. 6 second freeway on ramp blasts. We had our test mule approaching 110 mph on a two laner(not recommended,) and yet on this real-world road test we detected no brake fade, power lag, drive-by- wire delay or launch and landing corrective side sway or squirreliness.

Our confirmed average mpg indicates highway commute economy approaching 33 mpg. That’s in a performance V6. Acura claims an average mpg of 35 from the 2.4L TLX. We’ll share our views on that car Wednesday.