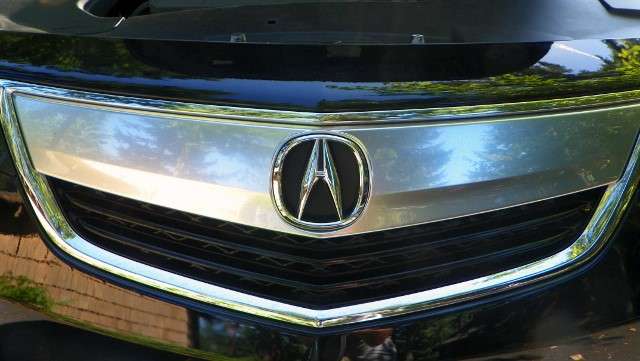 Walking into Kendall Acura of Eugene, we're visually greeted by a White 2014 MDX, Marano Red TSX Special Edition and an Ebony on Black 2014 TL. For us it’s much akin to a kid walking into a candy store. Catching Sales Manager Paul Casey on the run can be a bit challenging. Kendall Acura, one of less than 300 Acura Dealers in North America, is busy, mostly pushing the 2014 MDX SUV off the lot.

Paul was gracious enough to hand us the keys to a demo TL with 233 miles on the odometer. We were excited at revisiting the TL, as the early morning hot sun of summer moved across the flawless body line of Acura’s now retired iconic, groundbreaking sports sedan.

The iconic TL was introduced to North America as a 1999 model. Featuring a combination of cutting edge exterior design, quality, precision accoutrements and measurable sport-handling attributes, TL captured the imagination of Acura’s mostly young and affluent sport sedan aficionados. For many TL fans, the current upsized TL detracts from the message and mission of the original offering.

We and Acura Dealers believe that TL has outgrown the segment due to its bulk, wheelbase and what they consider to be front-end heavy handling characteristics.

Acura fully intends to recapture the mid level premium sedan market with the introduction of the downsized and technically refined 2015 TLX.

We drive the exiting 2014 TL V6 with technical package.

We must admit that we are intrigued by the passive trunk wing tail design of the current Acura TL. There’s nothing else like it in Acura’s lineup. The visually appealing and well balanced meld of hard cutting trunk line meets organic side and “A” pillar sweep is accentuated by the TL’s 3 bar brushed aluminium grill. Love it…

Opening the driver’s side door while surveying the generous expanse of the TL’s interior, one is reminded of understated Acura quality and ergonomic balance expressed through this seasoned champion. 15 model years on the road and holding up well, we were captured by the visual fit and finish of the exiting TL.

Interior: This 6 ft 5 inch driver was comfortably seated in the 10 position, heated, black leather perforated seat with leg, knee and headroom to spare. The TL’s pilot seat, while a bit stiff and hard- hip bolstered is infinitely adjustable. We found the placement of steering wheel to gauge, center console shifting and dash mounted communications, entertainment and navigation screen to be intuitive in its placement and operation. All steering wheel mounted controls worked flawlessly.

Ease and security of Keyless ignition: As with all current premium Acura offerings, this TL came equipped with a key fob activated keyless ignition. Place one’s foot on the brake, push the dash button and ignite.The vibrationless 3.5 litre 1-VTEC V6 came to life with a noted performance roar promising good things to come. Our test mule sported a 3.5 Liter 24 valve SOHC VTEC mated to a 6 speed automatic with Sequential Sportshift. Rated at 280 horsepower @ 6200 rpm and 245 lb-ft @ 5000 rpm, we found this Acura very responsive to depressed throttle.

O.K., we have to say it…The outgoing TL is nose heavy, tends to pull to the right when accelerating and dives hard in the “S” turns. It’s a heavy car by Acura standards. Weighing in at 3770 lbs with the advanced tech package and standard front wheel drive, the steering has a heavier feel than most will desire in a sport sedan.

Front wheel drive cars tend to be nose heavy. In the case of the TL V6, this is a bit of an understatement. While Acura has done a very commendable job of reducing braking and high-speed turning nose dive in the TL, engineers are not magicians.

An imbalance of rear to front weight distribution becomes evident when pushing the TL through its paces. We loved the usable torque curve and acceleration of Honda’s class leading V6 in the TL. Unfortunately, much of our driving enjoyment was short lived as we experienced the downside of TL’s weight distribution. throttle response lag and fuel-thirsty characteristics.

With a 60/40 weight distribution, front to rear, a noticeable 1 to 2 count delay in Acura’s “drive by wire” electronic throttle body, the V6 TL did not perform as well on a country two laner as the 2014 TSX 4 cylinder. While we’re confident that Acura eliminated much of what we experienced with optional SH-AWD, that’s not what we were test driving.

The TL was designed to provide a quiet, performance oriented executive commute with family or friends. The car does this very well while turning heads everywhere we drove it. While we found the wheel mounted paddle shifters to be amusing, in this case, with the noted throttle lag, electronic grade control and rev-happy V6, 6 speed automatic interface; we found the paddle shifters to be secondary when compared to the flawless shift patterns of Acura’s 6 speed automatic.

The TL is dead due to handling characteristics, a dimensional outgrowing of its segment as well as substandard fuel economy. However, we find this car to be an exceptional value when taking current factory and dealership incentives into consideration.

About the same price as an Accord V6 Touring.

For those looking for a premium Acura in the price range of a 2014 Accord Touring Edition, we suggest exploring the 2014 Acura TL. A great all-around premium sedan with sports handling tendencies, the exiting TL will be available with extraordinary dealer purchase and lease incentives.

We look forward to reviewing the all new 2015 Acura TLX, August 04. Until then we wish all our readers safe and trouble free driving.

P wrote on July 22, 2014 - 1:02pm Permalink
the 2104 TSX 4 cylinder. "2014" Miss Type
Parks McCants wrote on July 22, 2014 - 2:41pm Permalink
Thanks P.. Things get a little blurry at 4 a.m.. Much appreciated.
Chris Hebert wrote on July 22, 2014 - 10:51pm Permalink
When I began reading the article I thought you were reviewing the new TLX. However, you only mentioned driving the outgoing TL. after the "Ease and Security" paragraph. Did you drive the TLX?
Parks McCants wrote on July 23, 2014 - 2:19pm Permalink
Good day Chris. we drive the 2015 TLX next week in Virginia at the National Automotive Press preview. We will keep you posted. Thank you.
WilW wrote on July 24, 2014 - 7:07pm Permalink
" In its first full year of production Japan’s first luxury mark available to Canada and the U.S. outsold BMW, Lexus and Mercedes Benz, by 2 to 1." NOTE: Lexus did not enter the market until 1989.
Raymond Max wrote on July 24, 2014 - 11:01pm Permalink
Hello WilW.. While you are accurate as to the year of Lexus introduction to North America, Lexus development was born in 1983, And, according to Wikipedia sourced Acura history: "By 1990, Acura was selling 138,000 vehicles, including 54,000 Legends, compared to Mercedes-Benz's 78,000 cars and 64,000 each for BMW and Lexus.' Hope this information is helpful.
Parks McCants wrote on July 25, 2014 - 12:22pm Permalink
Thanks WilW and Raymond. Apples and Oranges. Lexus is a great mark. No disputing that here. We look forward to test driving the 2015 Acura TLX next Tueday. We will repot on the car the following week. Thanks for your comments and reading Torque News .