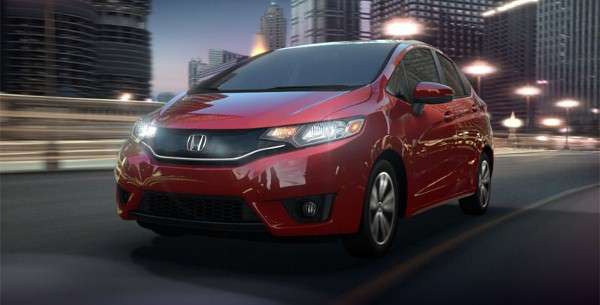 Honda to ramp up 2015 Fit production to meet consumer demand

Our readers tell us that Honda dealerships are selling the all new 2015 Fit faster than Honda of Mexico can produce them. Honda’s promising a second production shift, while Torque News looks to the numbers.
Advertisement

As predicted by Torque News prior to the release of the all new 2015 Fit, Honda has a new winner on its team. The problem for consumers and want-to-be Fit owners is that many of them can’t find a test drive at a dealership near you.

According to our man at Honda Public Relations, it’s a “measured approach” thing. He points to the problems inherent in bringing a $600 million manufacturing facility on line in Mexico, quality concerns and supply line, shipping logistics. Don’t cry for Honda, they’ll get through it.

As most our readers know, the initial release of the 2015 Honda Fit was delayed by a month or two. But, when the Fit finally showed up at state side Honda dealerships, the public response was resoundingly positive. We drove the first Fit to arrive in the Pacific Northwest and were collectively blown away by the new found utility, handling and performance improvements demonstrated through the upsized 2015 Honda Fit; good enough, but where are they?

One reader writes, "We really had the 2015 Honda fit at the top of our list, but there are none to be found, we can't even go for test drives. Dealer would take our money and put us on a list. No thanks! Honda should do better on meeting consumer demand with this model." So, torque News made a phone call or two and soon discovered that Honda has been unable to meet consumer demand for the 2015 Fit. While not the best selling car in North America, Fit sales are picking up.

However, according to our soon to best friend Chris Martin of Honda Public Relations, our readers situation stems from the following. “It speaks to very high demand. Deliveries to dealers are now quite frequent, but they sell very quickly, preventing inventory buildup.” say Chris. True enough, but what about the future Chris, how does Honda intend to remedy the supply and demand problem?

"Production on the first shift is now very good, and we're working on starting up a 2nd shift in the coming months, which will provide further vehicles to multiple markets. As with any new factory, we've taken a measured approach to ensure that vehicle quality is up to our customers' expectations, and things are now going very well," says Chris.

We pushed the conversation to the next level by asking Chris what Fit trim variant was the most popular seller at this point. While Chris couldn’t provide us with hard numbers he did venture to speculate a bit.”As for trims, we project that the EX trim will be the highest volume trim over time, but it's too early to judge anything yet.”

With Honda Fit sales down 2.7% in August compared to sales recorded in July, we attribute this momentary downtrend to regional manufacturing transitioning and product availability. We expect American Honda Motors to turn the production bend in the short term with Fit recording record sales for the 4th quarter 2014.

We’ve driven all trim variants of the much improved 2015 Fit and believe the wait to be worthwhile. With Honda ramping up production, it shouldn’t be long before production meets demand.

Our thanks to Chris Martin and Honda Public Relations.

Robert wrote on September 12, 2014 - 8:03am Permalink
What does this situation say about the arrival of the HRV? Any tea leaves to be deciphered air are we likely to see it on schedule? The Better half actually like the look and just might opt for a Honda over a MINI this time and that makes my bank account positively horny.
Shelley wrote on February 15, 2015 - 10:38am Permalink
I ordered my Honda fit EX L with naviin white September 24, 2014. As of today I have not recieved my car. Yes, I'd did leave a deposit what is taking so long?
Parks McCants wrote on February 16, 2015 - 11:53am Permalink
Welcome Shelley. Well, perhaps it's the color selection. I'd be speaking with my dealer. Checking around the country, Fit production has caught up with demand, in most regions. where are you located? Thanks.