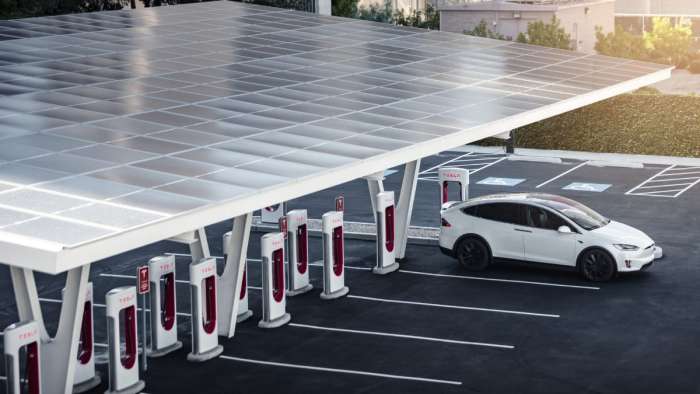 Tesla continues to allocate a significant amount of resources to an issue that is decisive and crucial to promoting the massive adoption of electric cars: expanding the network of fast charging points. The Supercharger network is one of the key features that allowed Tesla to distance and in fact, differentiate itself from other brands that also sell 100% electric vehicles.
Advertisement

The United States has a large network of Superchargers, and as many different sources mention at this point, Tesla is working on an ambitious project in that regard: an authentic oasis for electric cars in the middle of the Mojave desert. Construction is underway on a huge Tesla Supercharger station that will apparently have 100 charging points; it is the largest station projected to date in the USA.

The new Supercharger station will be located in the city of Barstow, California, about 115 miles from the city of Los Angeles and 156 miles from Las Vegas, Nevada. Despite the natural enclave in which it will be located, it has a strategic position for allowing electric car users to recover the necessary range capacity with which to continue on their way to or from California or Nevada.

Barstow Mayor Paul Cortney shared the announcement during a city council meeting. He noted that Tesla has been building the Supercharger station for months and that it will be close to The Outles, a Barstow shopping center; he also highlighted that the construction of this recharging infrastructure is basically a victory for the city itself.

One of the challenges that must be overcome is related to the energy supply necessary for this installation to operate at maximum performance. “Actions and results speak. Prior to going to the SCAG (Southern California Association of Governments) meeting a week and a half ago, there was a possible issue that we do not have enough power out in Lenwood for the first phase of a Tesla charging units. One hundred units projected. The largest charging station in the U.S., right out there. It’s the potential of not having enough power for phase one. Well, long story short, we got a commitment from Edison to have enough power for phase one by Memorial Day to open up the first leg of the Tesla charging stations”, Barstow Mayor said. 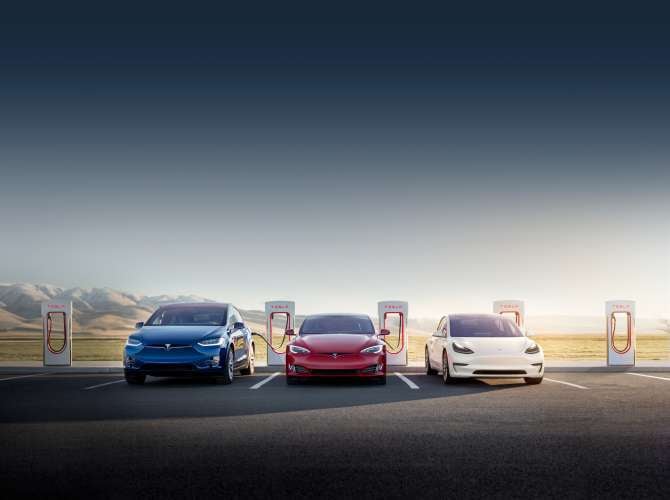 About a couple of months ago a Twitter user shared some images of the land where this Tesla Supercharger station will be set up. At that time, and based on the available space, it was speculated that there would be a station with between 60 and 80 charging points capacity. We now know that there will be a total of 100; on the other hand, the Daily Press reported that currently the largest charging station in the United States is located in Tejon, in the San Joaquin Valley, California.

It is true that at first it may seem that we are talking about the largest charging station in the world. However, that is clearly not the case: although the infrastructure and facilities that Tesla will put in place in Barstow is very large and significant, it dwarfs quickly when compared to the largest electric car charging station in the world, which is located in China: more specifically in Shenzhen, and has 637 charging points.