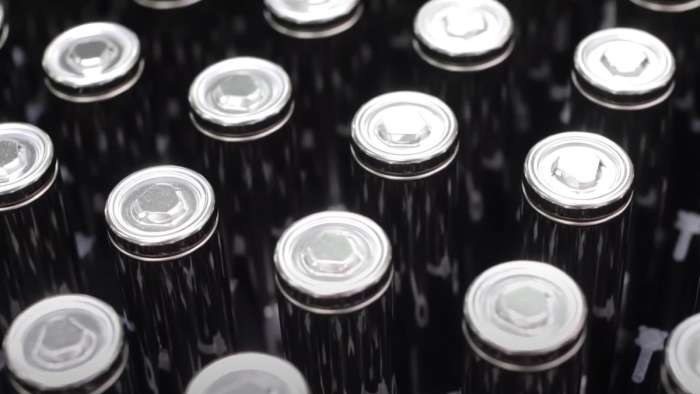 Have you purchased the Model 3 standard range with the new LFP batteries? There's an interview with Sandy Munro about Tesla's LFP batteries. Are these batteries important and will they compete with the 4680 batteries? What are the specs for the base Model 3? let's find out!
Advertisement

Tesla has been making LFP batteries in China for a while, and with the recent change to the 2022 Model 3 RWD (base model), which we saw some range tests on, they are now getting much more attention. Are they close to the 4680 batteries?

They are different in that they last longer and they also don't have as much charge or as much "oomph" as Sandy Munro likes to call it. If you want major performance and a super long range, then the LFP may not be the battery you want. You may want to wait for the 4680 batteries or another battery advancement for that. There is less of a risk with the LFP batteries catching fire as well.

Uses of the LFP Battery

Could you make a Model S Plaid with LFP? Sandy says you would be foolish to go with LFP batteries for the Plaid. They are not the right fit for a high octane performance vehicle. They just won't give you the speed and performance that the lithium-ion batteries can give you. The Plaid is all about "oomph" - speed and performance. Not lifetime of the battery or range - though the Plaid does have a lot of range.

You can charge the LFP batteries to 100% - why is that? You can take your standard batteries and charge them to 100% it will just take a while. With LFP, it takes less time to bring them to 100% charge. If you are looking at a speed limit, you may get there sooner with an LFP. But if you want to accelerate and move fast, LFP may not be what you want.

A Model 3 RWD with LFP batteries will charge faster, can charge to 100%, and will likely have a longer battery life. Sandy Munro says that the LFP batteries work just fine.

The Model 3 RWD with LFP batteries has the following specs:

I have a Model 3 RWD on order without FSD and plan on writing about this vehicle after delivery and sharing my experience with it. I feel like it's a good purchase and if I want to keep the vehicle for a lifetime, I should get 20 to 30 years of very good usage out of it.

DeanMcManis wrote on February 22, 2022 - 12:12am Permalink
Actually Tesla does not produce any LFP batteries. But in the same way that Tesla teamed together with Panasonic to produce 18650 and 2170 batteries, they have partnered with CATL and others to produce LFP batteries for their entry model 3 and Y in China, and the base Model 3 in the U.S. LFP batteries do offer some advantages over NCA/NMC batteries. The biggest one being cost. But also they don't use cobalt or nickel. And they can be charged from 0-100% without significant degradation or chance of fire. But LFP batteries have lower energy density. Which means less power for a given weight or size. Or bigger, heavier battery packs for the same power provided. And LFP batteries have worse cold weather performance. China has had exclusive patents for LFP batteries for years now, but many of those patents are expiring this year. Tesla's 4680 battery development was created for vertical integration. But specifically it was designed a built so that Tesla would not be subject to future price and supply controls issued by Asian battery manufacturers, who control the market today. The shortfalls in chip and material supplies that have crippled the auto industry show how vulnerable they are to outside suppliers and vendors. It will be a year or two until the big Tesla 4680 battery factories in Texas and Germany ramp up production to match Tesla's EV production needs. The 4680 batteries will be cheaper, easier, and cleaner for Tesla to build, and will provide higher energy density than their current 2170 batteries. Plus the Tesla 4680 batteries should have a longer lifespan that LFP batteries do today. I believe that Tesla's partners will soon start to build LFP batteries in 4680 size/format, which will facilitate Tesla having one structural battery case for all battery chemistries, simplifying EV production, and lowering cost.
Dennis Hook wrote on September 5, 2022 - 6:45pm Permalink
I asked Elon for a model three with lower range and lower cost for just driving to Costco and the grocery store in style. I am 70 + yo so will never go on long trips ever and will get a home charger. I think I need lfp batteries for my blue with white interior Tesla.