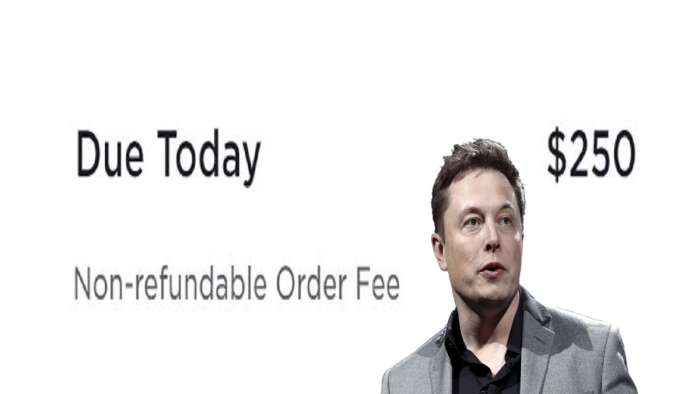 Tesla has quietly raised its non refundable order fee from $100 to $250. Here's a few reasons we think they did it.
Advertisement

Tesla raised their non refundable order fee from $100 to $250 recently. That's a 2.5 times increase in price. Here's a few reasons we think Tesla has done this.

I went on Tesla's website just now to order a Model Y Long Range and saw the deposit being $250. I then saw that the estimated delivery date was January, 2022. That is about 5 months from now. This is the longest wait time I've seen when ordering a Tesla vehicle.

Because Tesla vehicles are an appreciating asset, I think we are going to see wait times increase to get a Tesla with no foreseeable timeline of when this will change.

There is also a global chip shortage, which Tesla has done a good job navigating around. But, Elon Musk has stated that this is still an issue:

Tesla makes cars for export in first half of quarter & for local market in second half.

As publicly disclosed, we are operating under extreme supply chain limitations regarding certain “standard” automotive chips.

Most problematic by far are Renesas & Bosch.

The chip shortage and the high demand for Tesla vehicles are the primary reason for Tesla's backlog in customer orders. Until both of these calm down, the wait time for Tesla vehicles will be great. Tesla needs to increase the non refundable order fee to make sure customers with reservation orders are serious about following through their order.

People Were Cancelling Their Orders

Another reason I believe the non refundable order fee was increased was because people were cancelling their reservations and waiting for the U.S. tax credit, or the 4680 batteries, or for the CyberTruck, or the Roadster, or had their situation change. Regardless, I believe people are cancelling their orders and Tesla wants to make sure that what people order and customize is what they should build.

With less people cancelling their orders, Tesla won't have to have cars on hand and hope that a customer customizes their Tesla to match what someone else pre ordered.

Why do you think Tesla raised their non refundable order fee? Is it because of demand, the supply chain, cancellations, or some other reason?

Fred Scholle wrote on September 13, 2021 - 12:19am Permalink
I cancelled my order for the Model X Plaid because although the car is the top of the Tesla range, I still have only the same 5 boring colors to choose from, just like the 3. And I no longer can get a Premium Upgrade Interior with leather seats, like I have in my Model X P90D. For the price of the Model X Plaid, one should be able to have leather interiors and a choice of select colors just for the S and X. Look what the Taycan offers.