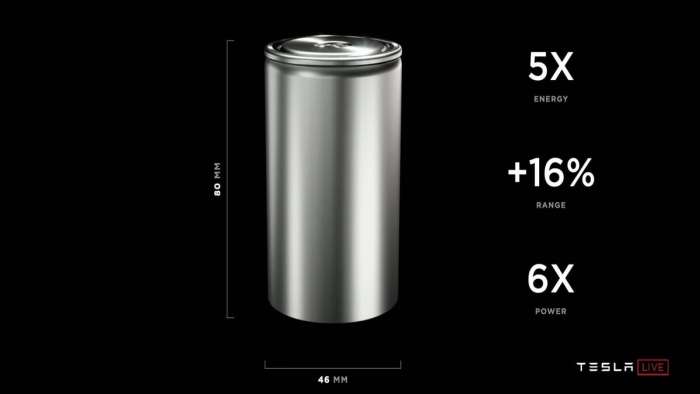 Why The Tesla Tabless Battery Is So Good

There are two things I love to report on in the automotive sector. One is hybrids and the other is battery technology. Take a look at why I love the Tesla tabless battery as a temporary answer to a long-term problem.
Advertisement

Do you know the reason the EV-1 never really took off? It was not because it was an electric car, or that GM hated the idea, or that everything about it was in many ways more practical. It was because the battery tech they were using was more than ancient.

GM initially used lead acid as the power source, and nickel-metal hydride was next in line. However, we all know the story that ultimately led to the demise of the car.

Decades later, we finally found a new hero, Elon Musk. He put an end to the dispute of having a viable electric car. With Tesla pushing the automotive market to rethink EV, battery technology has also needed to change drastically.

The new Tesla "tabless" battery proves that we are still searching for the ideal power source, but we are close. I want to share a few reasons why I like the Tesla battery and its contribution to a sustainable EV future.

The Tabless Battery Part One: Energy Density
The 4680 battery cell (it is a single unit) is 46mm wide and 80mm tall. The greater overall size allows for more electrical energy storage, 5 times the energy storage compared to the 2170 battery used in the production of the model 3 and Y. 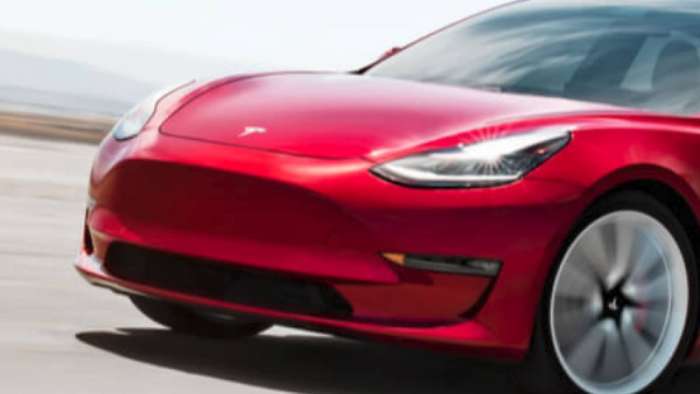 So what does 5 times more energy storage mean? In short, the number one fear of a consumer has been "range anxiety, " or the fear of running out of power. This anxiety type is very different from that of running out of gasoline because those stations are everywhere.

Tesla has done amazing things with the supercharging network. A gas station on every corner curbs the anxiety better than a supercharger in strategic locations.

The Tabless Battery Part Two: Improved Cell Structure And Design
What has held battery advancements back for a very long time is overthinking cell design and structure. With all the different variations of batteries out there, Tesla opted to refine an existing platform. 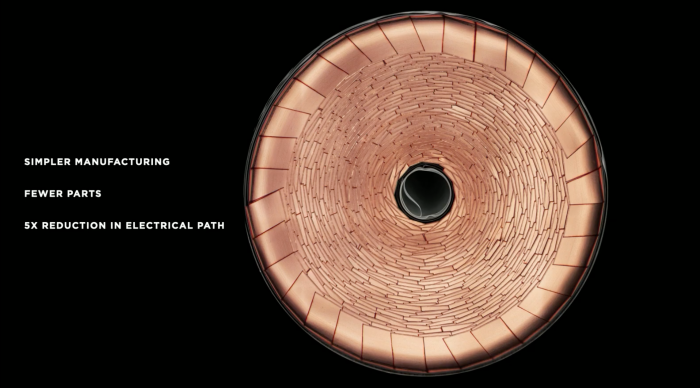 The 4680 battery is not only more prominent, but the internal structure is different. The laser patterned "shingles" offer a shorter path for electrons to flow. Even though you have a larger cell, you have a battery with more power both in and out, resulting in shortened charge time.

I am into the evolution of batteries so much because they are giving us a viable solution to transportation over petroleum products.

Solid-state batteries are still, in my opinion, the next big thing. Still, for now, the improvements made with this particular 4680 battery are getting us one step closer to a less petroleum-dependent environment.

I love the thought of one day having an ultra-fast car that charges in 10 minutes and can take me 1000 miles. That road is really not that far off.

Tabless Battery Part Three: Environmental Impact
One of the worst things about battery production is the environmental impacts. I agree; mining for cobalt and making batteries is a dirty business, but it does not have to be that way forever.

The good thing about the new 4680 batteries is they are less harmful to the environment. Telsa wants to eliminate the use of cobalt and make the battery at least 90% recyclable.

The actual process of producing the 4680 battery is less cumbersome. Pair that with water reduction efforts in the process, and you get a better battery that is big in savings.

Conclusion
The Tesla 4680 battery is a significant step in the right direction. I do believe that solid-state batteries are the more sustained answer. Still, I applaud Elon and the Tesla Team for taking the action required to make better batteries.

Right now these batteries are a viable solution until solid-state batteries can be produced commercially. According to Elon, in that time we may see this battery compete in the same bracket at solid-state. Time will tell.

That is all for today. Thank you for reading. I look forward to seeing you in the next article. Hydrogen What?

DeanMcManis wrote on March 31, 2021 - 2:19am Permalink
You have good points here. But the 5X capacity can be misleading. Effectively, Tesla is rolling the materials of 4-5, 2170 batteries into each larger 4680 battery, and then the improvements in design, from the tab less configuration to the structural battery case, to the dry electrode and chemistry improvements, all add up to a more capable, reliable, energy dense, compact, and relatively cheaper 4680 battery. Battery Day revealed that achieving those design, chemistry and production improvements, as well as improved mining, refining, and manufacturing processes. Will yield the impressive overall benefits of the 4680 batteries. And with 4680 production going on now, with mass production hopefully starting later this year, it will spearhead Tesla's battery advantage for the next few years. I think that the next generation of improved 4680 batteries will debut before the rumored solid state rivals achieve mass production in 3-5 years. I would of course be happy to see them come earlier, as nothing spurs innovation better than competition.
Mike wrote on May 18, 2021 - 8:22am Permalink
What do you think the net overall capacity increase will be? 2x? 4x?
Robert wrote on May 22, 2021 - 10:17pm Permalink
The 2680 batteries will probably be about 15% more energy dense per kg than the current Tesla battery. The max power output will be about 20% more, which is important for bigger vehicles like the tesla truck. Most of the advantage will come from them being bigger and so cheaper to manufacture per Wh. Also there will be only about 1/5 the number of cells in a battery pack making them easier to make.
dan wrote on June 24, 2021 - 1:30pm Permalink
What does 5X capacity mean? Does it mean that each 4680 cell has 5X the capacity of each 2170? But now much do they each weigh? If the 4680 weighs 5X more then there is no increase in capacity. In other words, the only meaningful comparison is output by weight and not output by each individual cell. Please comment. Thanks, Dan Davis
ACG wrote on September 6, 2021 - 6:47pm Permalink
When I seen the 5x more.... I tuned out from this article. My search continues for good intel on 4680 battery.
Pugg wrote on April 1, 2021 - 3:27pm Permalink
What will take place when the "NEW" technology, using waist atomic material to make self charging batteries, that last mega years. Do you suppose they are thinking/working on them yet for autos??
blade runner wrote on October 18, 2021 - 3:39pm Permalink
maybe 15% more power per weight. how about size? that's not enough of a potential advantage over current technology to make much of a diference, IMO. i'm not holding my breath.
Bradford Lee Clark wrote on December 30, 2021 - 1:16am Permalink
I have designed new battery technology powered by quantum physics technology that doesn't need charging because it uses self-sustaining (autonomous) battery technology that will make all current battery technologies obsolete. Visit EarthBatteriesllc.com