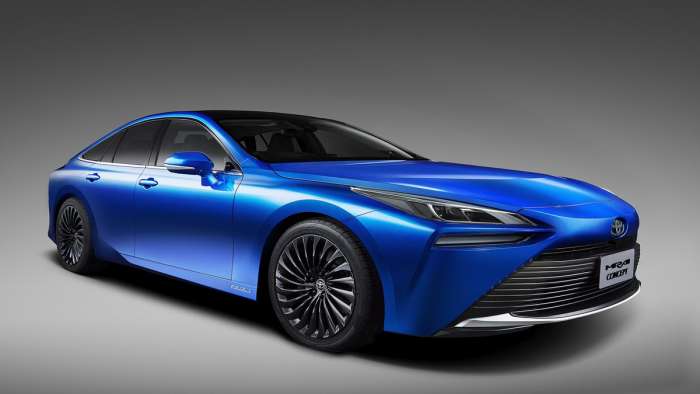 Toyota Mirai Owners; There Is No Fuel And We Want Out Of These Cars

If you think running out of battery is a bad thing, at least you could plug in almost anywhere. Hydrogen, that game is getting ugly and fast, and Toyota Mirai owners are tired of playing it.
Advertisement

Range anxiety is not just for EV owners. And even now, it is not so much an issue, but you know what is? Hydrogen.

Toyota Mirai owners are reporting massive hydrogen outages, and Toyota has not said anything about how it will help take care of their promising technology. Here is what we know so far.

Toyota Mirai HFCV: The Future?
Mirai in Japanese loosely means the future. Ironically, this "future technology" is falling short of the mark. Mirai is a promising hydrogen fuel cell vehicle that gives petroleum-like fueling time and around 300+ miles of range.

A concept now turned reality has given the world a view of technology and even some a different kind of transportation altogether.

The issue is not the technology though, it is the infrastructure. Just ask the Mirai owners who are now suffering from almost no places to refuel.

Hydrogen Stations: Big Trouble In Little Tokyo
I love everything about the hydrogen idea. I love the range, the economy, the fact that hydrogen is the most abundant element on earth, and that the tailpipe emissions are water. Everything about the car is awesome, EXCEPT.

The infrastructure needed to fuel the cars is almost non-existent. To make matters worse, the limited stations are on the fritz stranding Mirai owners who simply want to enjoy their alternative fuel vehicles. 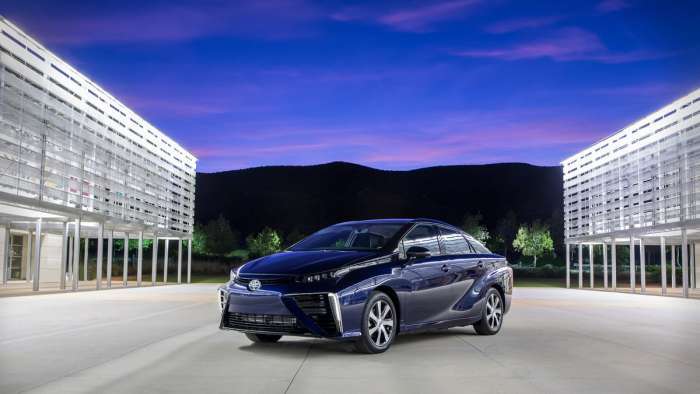 Most of the stations are offline due to no hydrogen being available, but that is not even the worst of it. Currently, the way hydrogen is produced is from natural gas reformation. This wildly high energy process makes it very costly to "strip" hydrogen down and store it.

The energy required makes it difficult to process and puts far more strain on the California power grid (if rolling blackouts were not already enough.)

Conclusion
Toyota needs to get it together if hydrogen cars are part of the future they have dreamt about. I have driven them and love the idea, but it needs to get some backing behind it fast, or it will lose all possibility of becoming mainstream,

That is all for today. When you have customers asking to get out of the car they are in, you know that there is a problem. I hope the Mirai owners out there get the help they deserve.

PANKAJ LUNKER wrote on April 2, 2021 - 4:42am Permalink
This is incorrect information .I have Mirai and drive 100 miles every day for 2.5 years.
edward mitoma wrote on April 4, 2021 - 2:22am Permalink
That is good news! Taking delivery of mine in a few days....
S. Basu wrote on April 4, 2021 - 8:12pm Permalink
Please don't link to an outdated article, as has been done with the sentence: "Just ask the Mirai owners who are now suffering from almost no places to refuel."
Prsnep wrote on April 4, 2021 - 8:35pm Permalink
This is a hit piece intended to discourage FCV adoption. WHERE was the outage? Where are the links to news reports?
wolf Wigo wrote on May 27, 2021 - 6:15pm Permalink
I drove to Bay Area last weekend. Every hydrogen Station was offline. Some said limited, and there was min 1 hour wait when trying to get hydrogen. Everyone in line said this has been this way for a while now. I had to go to 7 stations and then wait an hour - also it didn’t fill up my tank all the way and I barely got home. This needs to be fixed. In SoCal it is much better.
Nightmare wrote on August 25, 2021 - 1:28am Permalink
I owned the car for over a year, it has been a Nightmare. Hydrogen stations are VERY limited, broken, or out of fuel. Kinda like the oil crisis in the 70s, but year round. I had to wait 90 mins in line to fill, rarely do I fill with no one in line. Before you buy this car, go look at the stations to see the lines and talk to an owner.
Nicole Straight wrote on August 31, 2021 - 4:27pm Permalink
We are frustrated that Toyota won’t buy back the Mirai. Is there a lawsuit started yet?
Mirai Class Action wrote on September 21, 2021 - 1:18pm Permalink
Anyone know if there is Class Action Lawsuit on this issue, us Mirai owners got sold on a technology that is not supported by the Gov, Car Manufacture, etc, many of us are stuck with a $40K paper weight that can't be drive due a lack of fuel, broken fuel station, and over 1 hour wait for refueling. There is a crisis with owning a Hydro car.
Winston cao wrote on November 4, 2021 - 11:18am Permalink
I really need help ..! I bought Toyota Mirai, fist this mislead on the miles, second thing price set for the hydrogen same county differential $3.83 that cannot accepted the rip off as customers inconvenience, the biggest thing they never have enough hydrogen for the cars!! The last thing cannot accepted because most in the time their website show online and I drove at least 15-30 miles to the station and the station down (because the psi presser low) second thing the station error...etc! All those conditions as consumers like me really depression.. anger, emotion., stress out ..all those situations who respond for that no such thing spend money buy a car change life! So this Toyota Mirai cannot walk away with all benefits without customer’s problems! So please advise I so stressful I cannot stand on the street in the middle of the night pray I can get hydrogen to drive home!!
Romeo Liriani wrote on December 4, 2021 - 5:37am Permalink
we got misled
Jacob Leathem wrote on March 25, 2022 - 3:33pm Permalink
I am a single father of two daughters and actually got a little bit of money from a relative who passed away and at 40 was able to finally do something nice for my girls and give them a once in a life time surprise. Picked them up and went car shopping where both cars got paid in full on the spot. Snaked into buying two 2017 Mirai's and the girls loved them and they were very nice and good looking cars. That joy lasted just 2 weeks and then the nightmare ensued and what was suppose to be a memory of a lifetime experience ended up with me working from home and $30k worth of paper weights in the front yard and my kids sharing my vehichle (not new and what I have had for years as this was for them, not me). couldn't get anyone from toyota to give a crap about me and was told they provide rides and rentals that I could get my money back in 6-8 weeks. TOYOTA would not even buy their own car back from me for $8k, I had to go to carmax and lose $12k in under 90 days and now I am not able to get the girls anything close to that dollar amount and new junk cars already having issues. What was a sad gift meant to do good ended up being stolen from us by Toyota..... and they STILL have these for sale at over $15k with lies about the fuel mileage and range... SOMETHING needs to be done legally, this is morally wrong
Casey Scheirer wrote on June 4, 2022 - 4:36pm Permalink
Stay away from the 2022 Mirai! I purchased a few months ago bc was told I could expect to get over 450 miles on a single fill. Over 70 miles per gallon sounded wonderful! I believed the salesman who claimed to own one too. I was excited to here about how Toyota was continuing to add to fuel station infrastructure and how easy it would be to fuel my car. All of this was a lie. I fill my tank and Every time I fill it completely, my estimated miles until empty varies between 200-212 miles. My average MPG is 43. I’m stuck filling my car several times a week. To make matters worse, the few stations they have in the Orange County area are usually down! I took it back to the dealer to trade it in but they would only give me an amount that would leave $20,000 upside down. Yes, almost 20 grand less than I paid for it 3 months ago. STAY AWAY FROM THE MIRAI!!!!
Chaudhary wrote on January 4, 2023 - 6:14pm Permalink
Did you get any solutions? If yes then please let me know