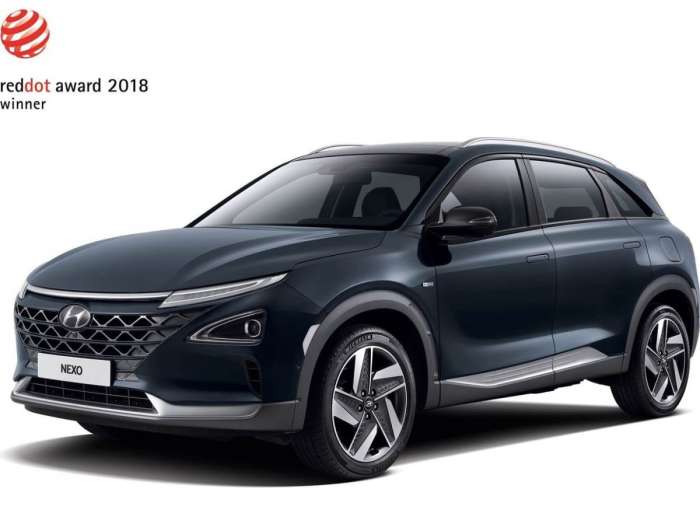 Hydrogen Cars in 2018: The Mirai, Clarity FC, and Nexo Charge Ahead

In concept, hydrogen cars sound like a perfect solution to reduce air pollution from commuter automobiles. How come we don't see hydrogen cars like the Toyota Mirai, Hyundai Nexo and Honda Clarity FC commonly on the roads?
Advertisement

Hydrogen fuel cell vehicles produce no carbon emissions, just water. And being a clean air vehicle gains access to HOV commuter lanes in California where they are currently being sold and leased. Plus refueling only takes around 5 minutes, which is as convenient as refueling gasoline powered cars. Then why don’t we see hydrogen powered cars commonly on the roads?

Essentially they are just electric cars that use fuel cells which combine hydrogen from a storage tank and oxygen from the air to produce their electricity. There have been many pilot programs and test trials by many of the automobile manufacturers from all around the world in the past, but in the U.S. only Toyota, Honda, and Hyundai sell cars that run of of hydrogen. And realistically those are only available to buy or lease in specific parts of California. That limitation is because the only public hydrogen refueling stations in the U.S. (so far) are in California, mostly around Los Angeles and the San Francisco bay area.

In the U.S. today only Toyota, Honda, and Hyundai sell cars that run off of hydrogen.

The Toyota Mirai is by far the most common fuel cell car in California (and the U.S.), with over 3,000 Mirai’s leased or sold so far. Interestingly, I just spotted two separate Mirai’s parked in a nearby neighborhood today when I was driving through. And I see at least one or two of them in my daily commute using the HOV lane. The Mirai is the only fuel cell vehicle which can be purchased, with the others available as lease only vehicles. The Mirai’s price is a steep $58K, but there have been manufacturer’s subsidies, state and federal programs that cut as much as $20K off that price. Most people just lease the Mirai at $349 a month, which importantly includes the hydrogen fuel cost.

I’ve also seen a few Honda Clarity fuel cell cars on the road, but shortly after the Clarity fuel cell car was announced, Honda showed off their broader Clarity line-up which includes the fuel cell Clarity, along with a pure electric model, and a plug-in hybrid Clarity. So even though I have now spotted quite a few Honda Clarity’s on the road, from a distance you cannot tell the fuel cell model from the others. It is a very smart move by Honda to leverage the Clarity body across different models to share the cost and identify the marque as a green car lineup like Toyota did with the Prius. Honda also offers up to $15K worth of hydrogen fuel over the 3-year lease at $369 a month.

Hyundai previously leased a fuel cell version of their Tucson crossover for $499 a month, which sounds steep, but that also included free hydrogen, and it was priced closer to the Mirai initially, until Toyota lowered their lease prices. There were only about 150 of the Hyundai Tucson FC vehicles leased, and I have only identified one or two of them outside of car shows, but since they look identical to the regular gas Tucson, they are not easy to spot.

The upcoming Nexo fuel cell vehicle has a unique, stylish design, and it is improved across the board compared to the Tucson FC model, having more power, 105 miles more range (370, which compares to the Clarity’s 366mi. and the Mirai’s 312mi. range). Prices for the Nexo have not yet been announced, but hopefully they will be in line with the Mirai and Clarity FC.

Will the Hyundai Nexo be the first plug-in fuel cell car?

I find it interesting that the upcoming Nexo has a relatively big 40kW traction battery, compared to the outgoing Tucson FC’s 24kW battery. Both the Clarity FC and Mirai have a relatively tiny 1.6-1.7kW battery, which works more like a electricity storage buffer between the fuel cell stack and the electric motors. Although it has not been mentioned by Hyundai, the Nexo’s much larger traction battery could potentially offer plug-in electric capability, which would drastically reduce the need to refill hydrogen for those who plugged in at night. I have to say that the Nexo’s plug-in capability is just a wild thought of mine based on the new big battery, Hyundai most likely has no intention to provide that capability. Still, having plug-in ability would be a game changer in this struggling fuel cell car market.

Speaking of electricity and competition. Another big element impacting the potential adoption of hydrogen cars is simply more viable competition due to the growing variety of plug-in hybrid gas cars and the increasing driving range of relatively affordable pure electric cars like the Chevy Bolt (238 mi.) and the new Leaf (150mi, and soon 200+ mi.), and the Tesla Model 3 (220mi - 310mi.).

The elephant in the room for the success of hydrogen cars is simply that there are too few refueling stations out there. With only 35 working, public, hydrogen refueling stations located in a few limited areas of California (and nowhere else in the country) it means that it is currently impractical or impossible for 99.9% of the American population to consider owning or leasing a hydrogen fueled car today.

Chicken and Egg. Quickly putting hydrogen refueling stations across the country is the key. 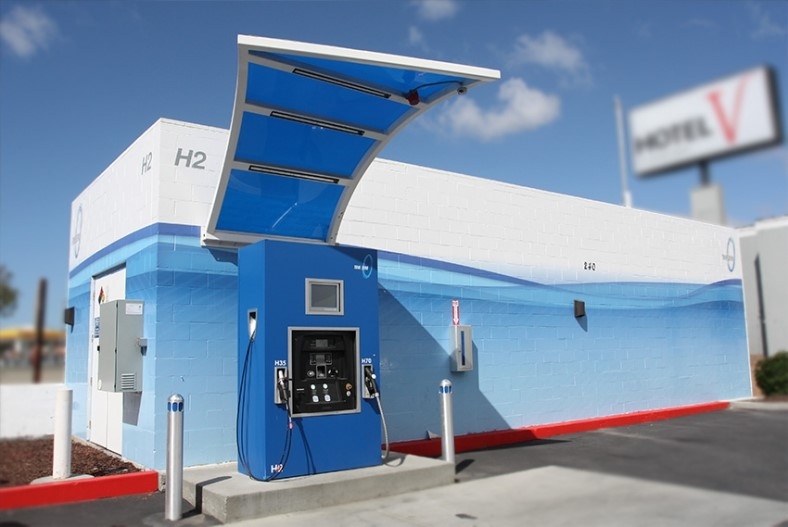 My suggestion is to team up with a big nationwide company like Walmart just as Electrify America is doing to add DC fast electric charging stations across the country. VW arranged this alternative charge station network to compete with Tesla’s growing Supercharger network. If hydrogen refueling stations were similarly available across the country, then that would drastically expand the potential market for hydrogen fueled cars.

Related Article: Audi, Hyundai Powering Through Fuel Cells to Find The Right One

John H. VanAsse... wrote on July 8, 2018 - 10:23am Permalink
Like the author has suggested, an FC plug in hybrid would be a game changer. Plug in all night & top off with hydrogen would make the most sense with so few fuelling stations. The price has to come down in the US along with refueling stations in EVERY major city in EVERY state or it's just a novelty item for the rich to drive.
Floyd wrote on January 13, 2022 - 2:44pm Permalink
Laesosmed - Jasa Tambah Followers, Likes, Views, Instagram Indonesia telegram: @laesosmed digital agency
Terry Pickard wrote on April 17, 2019 - 3:36pm Permalink
I agree with another posters comment: A Fuel Cell Plug in Hybrid is basically a "Duel Fuel" vehicle, allowing increased flexibility and range. People with Solar installed could fill up at home, or at charging stations, or at work if employers were incentivized to install plugs. Rooftops, Parking lots and adjacent grass fields or walkways could be covered in Solar to power plug ins or power on site Hydrogen Production in Industrial areas. Someday, on site Hydrogen powered by Solar will be possible for residential locations. They are doing it now in Sweden.