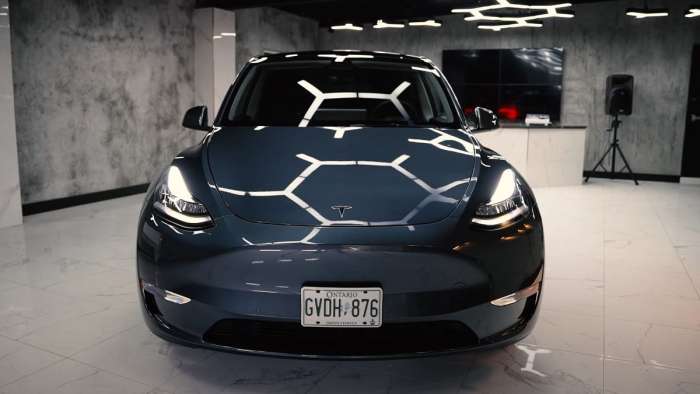 Are used Tesla vehicles appreciating in value? We are seeing instances of appreciating value for trade into Tesla where the price offered has increased over time. Does this mean used Tesla's are an appreciating asset? Let's find out.
Advertisement

Is a Tesla officially an appreciating asset?
Since our last trade in offer:
+1 Week
+100 Miles
+$500 https://t.co/Cu5T162Odo pic.twitter.com/papD2tDfpk

We are seeing cases of Tesla offering more for trade in vehicles for the Tesla Model 3 and Model Y. Does this mean that Tesla vehicles are an appreciating asset and that over time, you will be able to sell for more than you bought for? I think it's possible we are seeing one of the first appreciating assets for a car that isn't an antique or collectors edition vehicle.

BREAKING: Tesla has once again increased the price of the US Model Y and Model 3. Both the Model 3/Y Long Range get $1,000 price increases.

Tesla vehicles are going to continue to increase in price until Tesla can catch up with demand from customers. Right now, there are more people who want a Tesla than there are Tesla vehicles available.

A used Tesla may even cost more than a new one because one can get a used Tesla immediately and not have to wait 3 months or more per Tesla's website. I think that's another factor in used Tesla vehicles going up in price.

What will Tesla Prices Be in the Future?

Elon Musk even stated that when a car can drive itself, it should add up to 10 times the value of the vehicle. The reason Elon Musk believes this is because he believes that a robotaxi should be able to generate around $30,000 for the owner.

I think we are going to see the price of Tesla vehicles continue to go up - and even more than they are now as full self-driving becomes more and more of a reality. I wouldn't be surprised to see Model 3 and Model Y versions selling for an additional 10-20% per year as full self-driving improves. That means in 5 years, we could see the Model 3 and Model Y selling for double what they are now. That would mean around a $70,000 base Model 3 version and an $80,000 base Model Y version.

What do you think about the price of Tesla vehicles increasing? Is this because of strong demand? Is it because full self-driving will be able to make people money in the future?