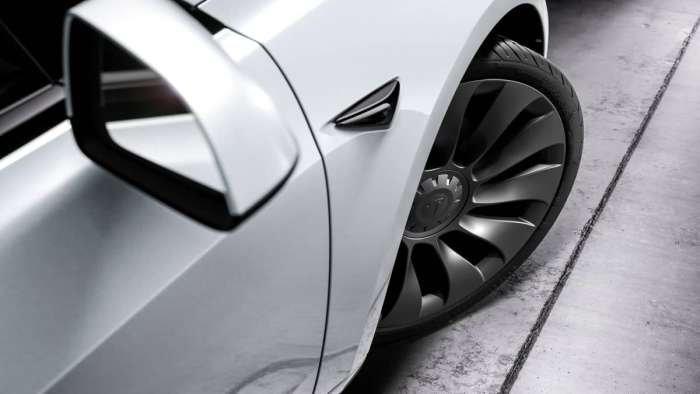 The Tesla Model 3 has been drawing comparisons to a boat after a car was seen driving through floodwaters in China. There are a few different things that make it possible for Tesla vehicles to do well when driving through water.
Advertisement

This story may not be that much of a surprise to people who follow Tesla closely. Recently, an inside look into a Chinese factory showed Tesla’s quality control process. One of the tests involved a Model Y driving through a test course filled with water.

What the Video Showed

The video showed a Model 3 driving through floodwaters in China with relative ease compared to what one might expect. The back tires were spinning and kicking the water straight up. The Model 3 was not driving at full speed but was moving along at maybe 5-10mph.

This shows that Tesla has built cars that can drive through flood waters, but there are some others factors to consider. In this particular case, this Tesla might have been a rear-wheel drive car due to the fact the back tires were spinning the way they were.

Why a Tesla does well in deep water

Teslas do well in water that is too deep for other cars to handle. There has been previous commentary on this subject which has said that a Tesla can actually float in very deep water for a short period of time. Elon Musk has also confirmed that the cars can float.

Teslas have been proven to drive through floods, but the most striking thing about this video is how effortless it looked. It appeared as if the car was going through the water like a knife cutting some potatoes. The rear-wheel rotation acts similar to a boat propeller.

One of the things that may help a Tesla float is the fact it has a very small air intake. Water can get into an internal combustion engine through the air intake and destroy the entire engine.

Tesla could think of new features for natural disasters

The engineers at Tesla could put together features that help the car and the driver stay safe in the event of certain natural disasters. The most important thing to do is to have mechanisms in place that prevent the car from sinking. The reality is that the risks of driving through dangerous weather will probably never be eliminated. The Titanic was said to be the ship that could never sink, and it ended up sinking.

Tesla could possibly do a number of things that make it easier to exit the vehicle in the event the car does sink. They could also do things such as putting a propeller into the car that can be ejected and powered with the push of a button. This could really help the car ford those deep flood waters. That last idea was sort of a joke, but maybe a propeller is possible.