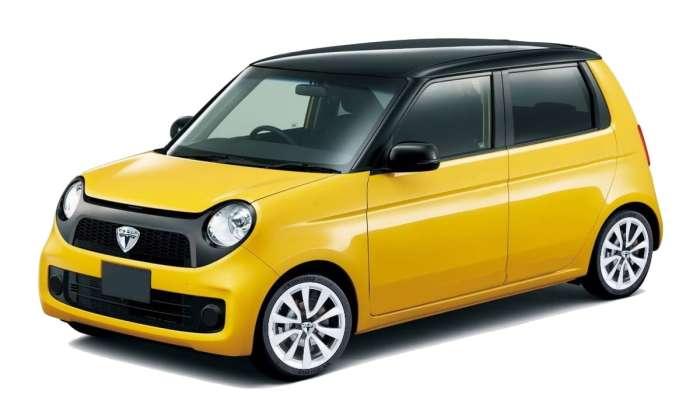 I believe Tesla will produce a Model 1 vehicle one day. It will be an ultra compact and lightweight vehicle, cost between $10,000 and $16,000, be fully capable of autonomy, and the primary market will be India. Tesla will not produce the Model 1 until after the year 2025 and probably later than that.
Advertisement

I believe the primary market for the Tesla Model 1 will be India. It will be a very low cost, compact, and much lighter and thinner vehicle than other Tesla models, including the Model 2. And yes, I know the picture here is very futuristic looking, but I did not have anyone at Tesla to give me a sketch :).

For Tesla to be able to make a car at such a low cost, battery technology is going to have to improve drastically. This is why I believe Tesla will not produce this car until the latter half of this decade, when battery technology has made some further breakthroughs.

Here's what some of the specs of the Tesla Model 1 could be:

The good thing about a Model 1 in India is that the car will be light and compact. The main thing that could stop the Model 1 from being produced is it needing to be light and thinner than other Tesla models, which would make it a little less safe in an accident. Tesla cars are designed for maximum safety and a Tesla that is more like a tin can may not make it to market.

Will the Model 1 just be a Robotaxi?

According to Statista.com, 3% of the population in India owns a car. That represents about 42 million people in India that own a car and could buy a Tesla Model 1. If India can raise its economic status more, that number will increase. Regardless, 42 million people buying a car for $10,000 is $420 billion dollars of opportunity. And this does not include software and services.

What could happen is Tesla creates a Model 1 and has it operate as a robotaxi at low cost. Tesla could combine this with a Tesla bus that can transport large groups of people. Those in India who could afford a Model 1 could still purchase one, but there is a good chance Tesla may just operate robotaxis in India instead of selling cars directly because the profit will be much greater.

Will the Tesla Model 1 Happen?

The Tesla Model 1 will definitely happen if Tesla is not able to solve full autonomy in the next five years. That will mean that making and selling cars for personal use will still be a very viable business model instead of robotaxis.

If Tesla solves full autonomy, the Model 1 could be produced as a robotaxi in India and used primarily for transport at a very low cost, making it affordable to an even large segment of the almost 1.4 billion population due to greatly reduced transportation costs without a driver and a less expensive car.

Tesla will need to figure out a single cast manufacturing process and make the Model 1 a very minimalist design. I don't doubt that in the future, Tesla will figure out how to do this.

Tesla will also need to add superchargers to India in order to make a Model 1 feasible.

What do you think about the Tesla Model 1? Will it happen eventually? Will India be its primary market?

CC wrote on July 18, 2021 - 6:58pm Permalink
Good Read! Very interesting and intriguing possibilities. Tesla is definitely changing the world! I love reading your articles and hearing your thoughts on Tesla and it's continuous evolution! Keep up the good work!
Jeremy Johnson wrote on July 18, 2021 - 7:42pm Permalink
Thanks, appreciate your comment, CC.
DeanMcManis wrote on July 18, 2021 - 11:35pm Permalink
Even though Tesla clearly has plans for smaller, less expensive models, I actually do not see Tesla ever building a $10K-$16K car in the foreseeable future. We know that Tesla will be building certainly at least one $25K compact EV model for the Asian and European market. And I actually suspect there may be two smaller Tesla models built in the next 5 years. One as a Chinese design, and a more upmarket sub-$25K, compact car for Europe and eventually the U.S. But even though there is admittedly a huge potential market for a tiny and super cheap EVs, India and China are already building them. In fact China's $6,000 Wuling Hongguang Mini EV has already been outselling Teslas in China. But Tesla would not throw away their reputation of building high tech, near-luxury, performance EVs to try and compete against minimalist, sub-compact, bare, economy cars. It is more probable that they would supply batteries, electronics, software, and EV drivetrain components to other automakers someday in the future.