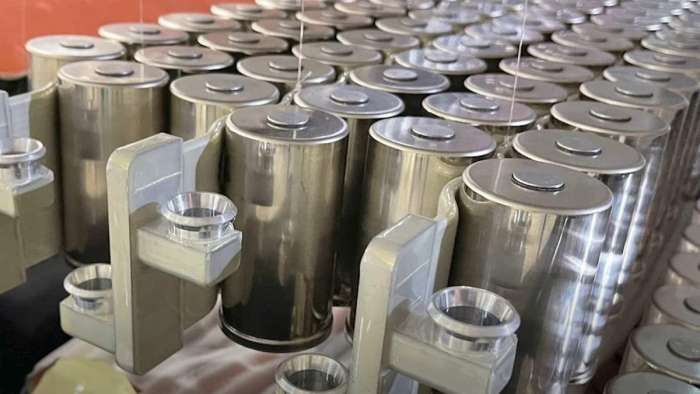 Tesla Is Delivering the Giga Texas Model Y to Customers

Tesla is delivering the Giga Texas Model Y standard range vehicle, with 4680 batteries to customers, and Tesla Economist has some data gathered about the vehicle specifications. Let's see what he found out.
Advertisement

Tesla Are Delivering the Giga Texas Model Y to Customers

Tesla is now delivering the Model Y from Giga Texas. What are its specifications? It is a Model Y 50D. That is an indication of the battery size and motor, implying a 50 kWh Tesla Model Y capable of 280 miles of range. This does align with the battery day math for the 4680 batteries.

However, the battery is more likely around 68 kWh. This is based on a theory that Tesla is using fewer battery cells, 690 cells, against 820 cells. This also tracks with Toy Teslikes estimated energy per cell, which is 81.1 for the long range and 67.6 for the standard range. Here is his post about it:

Here is what the specs of the 4680 Model Y battery packs look like based on what we have learned so far.

Simply put, take the number of 4680 batteries cells in the standard range Model Y, 690 and multiply that by the watt hour per cell (Wh) of 98 (690 * 0.098) and you get 67.6 kWh. Pretty simple math. This is very close to the 67.8 kWh that was estimated and we likely now know the battery size of this Model Y vehicle. How does this compare with other Tesla vehicles?

The main purpose of the 4680 cell was to design a cell and manufacturing process that would make it fast to produce at a low cost, that would make the transition to sustainable energy by being able to make enough of them. It's all about making enough batteries to start. Then it comes down to improving the batteries.

Could the 50D be upgraded one day to a 70D Model Y? Possibly. The 4680 battery cells are part of the structure of the car and with that, there is a minimum amount of battery cells required. Tesla could have used other "dummy" cells as well as the structural pack, but that would have hindered the production process...

It's possible that the 4680 battery packs will meet the best packs by the end of 2022, and then exceed other alternatives by the end of next year. This does seem to be where things are right now. We'll likely see range increase over time through this year and next year. This must be a complex cell that is taking time to produce and improve and it will likely be impossible to copy or replicate for other companies.

There has been evidence that these 4680 batteries can go from 0 to 100%, similar to LFP batteries. If that is true, that is really impressive and that would mean you won't need to charge this vehicle as much as the long range and that engineering must have been done to allow the charging to go from 0 to 100%.

What do you think of the new Model Y standard range from Giga Texas? How much range will be added through 2022 and 2023?