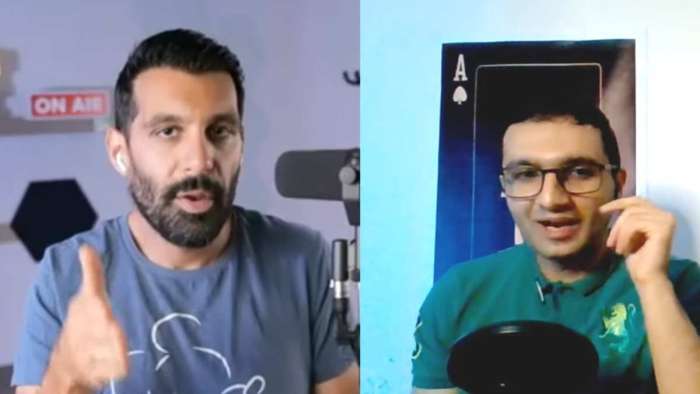 We have a discussion with a former Tesla employee about Tesla and his prediction of a $26,500 stock price by 2030. What could Tesla possibly do that would make it 30 times more valuable than it is now?

This former Tesla employee, Farzad Mesbahi, also sees Tesla getting to $48,000 by 2035. These numbers are not investment advice, but they are based on two primary technologies: Tesla FSD and Tesla Bot. How much value will the software and AI for these two products unlock?

Farzad sees the biggest things for Tesla being FSD and Tesla Bot. Elon Musk has talked about many things for Tesla since 2012 that is has planned and executed on. Farzad worked at Tesla from 2017 to 2021, and says that many times, Tesla accomplished the impossible. Farzad has very high confidence that Tesla will get those two things done and gives him an advantage to capitalize on the gains of the stock.

Confidence in Tesla and its Execution

The culture of Tesla is one of innovating. Farzad says that you are adding software to a vehicle that will cause the vehicle to be 5 to 10 times more useful. The typical car is driven maybe 40 minutes to an hour a day and then sits in a parking lot or a garage.

FSD unlocks the ability for a car to generate income and be used much much more. A car could drive 8 hours a day or more. It could possibly drive 18 hours a day using FSD software. That is a huge value unlock for Tesla and Tesla will take a piece of every robotaxi transaction which will add to the value of the company.

Tesla will also add this to trucks, semis, and any vehicle on the road. It has the potential to be a giant cash flow generating machine. Farzad takes Tesla's 20 million a car goal by 2030 and uses that as a foundation for this FSD software and the value added to Tesla.

Farzad sees just the car business being worth about a $6,000 stock price by 2030. When you add FSD, assuming Tesla reaches its coal of 20 million cars by 2030, and listening to Elon Musk at the latest Tesla shareholder meeting, you realize Tesla could have 100 million vehicles on the road. Even if just half those vehicles are robotaxi functioning, the numbers are astounding.

Tesla Bot has an advantage, according to Farzad, in that it will never have to rest, it will never need medical benefits, and it will not need any structure around it from Human Resources. It will do labor more efficiently as software improves. Farzad sees this as difficult to predict because if there are hundreds of millions of Tesla Bots assisting with human labor, what happens next?

Farzad sees a 50 trillion market cap as the most likely scenario if Tesla executes on FSD and Tesla Bot. If Tesla is able to flood the world with FSD robotaxis and Tesla Bots, he sees everything breaking down and nothing will make sense. This is the scenario I find most interesting. If Tesla truly succeeds in AI and its software, it will transform the world.

Farzad has a bear/base/bull case for 2030 for Tesla's stock price (at a price earnings ratio of 40):

Tesla Bot is really the wild card for Tesla. Elon Musk has a theory that if you solve human labor and make labor unlimited, then what happens to the global economy? I think it's an important question and I think the answer - the true answer is unknown to anyone.

What do you think about Tesla's possible growth? Were these two Tesla bulls correct in their assessment?

For more information, see this interview with Farzad Mesbahi and Curious Pejjy: