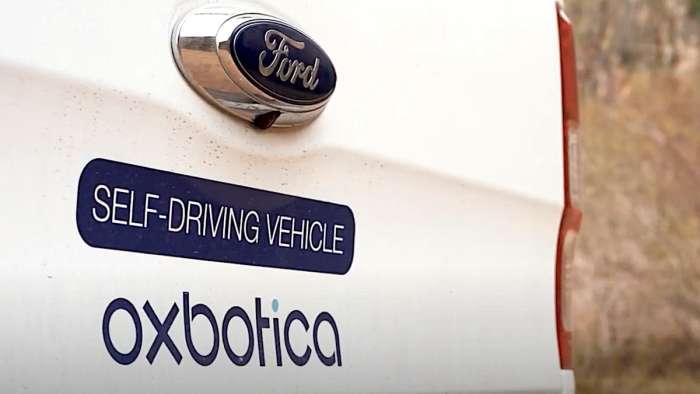 A recent news report by Smart Cities World announces that a pilot program of the first off-road autonomy safety framework was performed using a Ford Ranger and Range Rover retrofitted with a new FSD platform for off-road testing. While the article is not about Ford in particular, it does hint at a potential problem for our Tesla future.
Advertisement

In recent months we have seen how Tesla has been releasing advances made with FSD. In fact, shared videos showing Tesla vehicles operating with Autopilot and FSD under urban conditions have been impressive and heralds the way of future…but does it? What if it only does so, for the immediate future and will become---dare I say it…“outdated, obsolete, or irrelevant”…in a longer term future?

Before I propose a bigger question picture of why exactly Tesla might want to “watch out” aside from a possibility of Ford becoming a leader in an off-road FSD market EV race, here is a summary of what Smart Cities World reported:

According to Smart Cities World, a consortium was created to address the future of transport as it pertains to the safe and cost-effective deployment of autonomous vehicles in unstructured off-highway environments:

“… which can include mines, quarries, farms, refineries, warehouses, ports, and airports, feature more varied hazards and less structured scenarios than on-road settings with no universal highway rules, such as speed limits or junction etiquette, according to the consortium. A code of practice helps standardize across industries and allows learnings from each domain to be shared.”

A team of expert scientists, engineers and specialists from the AV software company Oxbotica and TRL, are credited with being the first to have piloted the first off-road autonomy safety framework using both a Ford Ranger and Range Rover Evoque, retrofitted with Oxbotica’s autonomy software platform as a live trial in a UK quarry in April of 2021. The outfitting of the vehicles included a full suite of sensors, including lidar, radar, and stereo cameras.

The goal of the trial was to help provide strong guidance for industries interested in using AV tech to deploy autonomy safely, efficiently and at scale across a range of environments.

“Consortiums such as this are a key stepping-stone in ensuring the safe operation of autonomous vehicles in complex scenarios and enabling the scale up to full commercial deployment in industry settings,” said Ben Upcroft, VP of technology at Oxbotica.

“Our autonomy software platform is capable of being integrated with any vehicle, in any environment. In order to harness the true power of this technology, operational regulations need to be developed in unison to ensure safe and efficient deployment.”

What the Future Holds for FSD and Tesla

What got me thinking about what the future holds regarding FSD and Tesla were two specific statements in the article:

“…our autonomy software platform is capable of being integrated with any vehicle, in any environment,” stated by Ben Upcroft, VP of technology at Oxbotica.

“The aim is that this code will support safe practice, build public confidence, and encourage the cooperation between organizations across all industries employing off-highway autonomous vehicles. It is hoped that off-highway industries will use this code of practice as a starting point for discussion and build on the recommendations made here to develop comprehensive best practice guidelines,” stated by Dr Ianto Guy, project leader at TRL.

Currently, there are a lot of unknowns about the future of FSD in personal vehicles such as Tesla and other EV makers in urban driving environments. News of arrests for driving on autopilot and FSD while seated in the backseat or while asleep behind the wheel---while important---may detract from bigger issues further in the future.

Right now, there’s no denying that owning and driving a Tesla and a few other makes and models of EVs with FSD features is trendy and exciting. And it all seems plausible; but, perhaps only because there are comparatively much fewer EVs on the road operating under FSD than there are non-autonomous vehicles operating under organic brain power.

We’ve seen Tesla navigating successfully in traffic among native vehicles, but what happens when many Teslas with FSD are facing each other? Or, facing a traffic of other FSD platform fitted vehicles that do not share communication software and correct driving responses to prevent accidents? And, let’s not forget all those near-future self-driving Uber-like EVs and delivery vehicles to contend with as well.

In an all-EV world, would not a type of code of practice recommended for off-road FSD be even more necessary for heavier congested traffic in on-road urban settings? And what about the idea of EV’s leading to a cleaner environment, smarter trafficking and better transportation for the masses? Will we have to become a one-make EV society in order to make all of this work?

The point I am trying to grasp at is that, how we manage FSD in the future is just as important if not more-so than as how well the tech actually works today. EVs and FSD are great…but what’s the endgame here? Will Tesla and other makers come to a consortium of sorts or will this continue as our newest toy?

Or…are we really just counting on a future where we will all be going to Mars...and start over?!

Your thoughts and comments on this topic are welcome and appreciated. If you envision a future where this will all work out or how you think EV’s with FSD should progress, feel free to respond in the comments section below.

For more about off-road autonomous driving-related news, here is some patent info that reveals what Tesla has in mind for the Cybertruck.