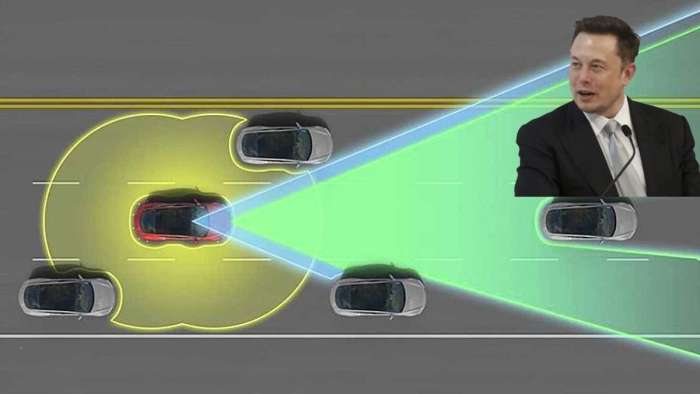 Tesla Makes Either a Visionary or Foolish Choice To Drop Radar

Tesla ditching its radar system supporting Autopilot and maybe FSD and replacing it with the video camera only Pure Vision has people nervous in the automotive industry. Is Tesla's Choice to drop radar visionary or foolish? Torque News EV commentator Dean McManis thinks that Tesla may be looking to lower cost and complexity on its electric vehicles, but the rumor of radar sensor shortage may be at the heart of the decision to change now. Here is Dean McManis in his own words.
Advertisement

I would like to imagine that Tesla is doing this move to "Pure Vision" because they are confident in it's accuracy to not need the duplication of sensors to provide excellent automated driving capability. But I worked for years in developing vehicle and object tracking systems, and there were several conditions and instances where cameras alone failed to properly "see" objects and vehicles.

Obviously, humans have most of the same physical limitations in our vision-only driving. So I have little doubt that Tesla can get Autopilot working with Pure Vision to match the abilities of human drivers, plus the addition of being able to "see" in all directions at the same time, and "see" better at night. But with there already being a lot of scrutiny and doubt about FSD being truly able to fully self drive a car, I don't see the benefit of Tesla removing the safety net of using multiple vehicle sensors now.

I suspect that Tesla may be looking to lower cost and complexity on their EVs, and maybe looking to market their Autopilot and FSD systems to other automakers, with the added incentive of not needing to include so many expensive LiDAR, radar, and sonar sensors in the package.

It has been rumored that the latest vehicle shipment delays that Tesla is experiencing has been due to a shortage of radar sensors, which has prompted this accelerated move to eliminate them from their current and future high volume production cars. I really hope that this move to simplify its Autopilot systems works out well for Tesla. It could be visionary, or it could be overconfidence.

DeanMcManis wrote on May 27, 2021 - 11:37am Permalink
Plus there are some basic issues with optical sensors like rain, debris, and occlusions obscuring visibility, and poor contrast conditions like dawn and dusk, sunlight, headlights and reflections. Again, most of these issues also affect our human sight and impair our driving as well, but that is a big advantage of using multiple, simultaneous sensors for autonomous driving.