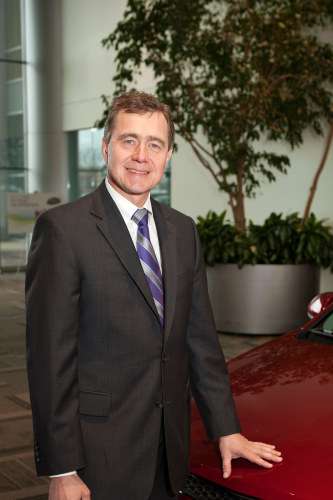 Stracke will succeed Nick Reilly, who will continue as the head of GM’s European operations and will be nominated to chair the Opel Supervisory Board.

Despite the positive news, GM stock is still affected by higher oil prices and the Japanese quake effect on global suppliers. It is still trading below its IPO price of $33, and opened Friday at $31.87.

In addition, the company announced plans to nominate Stracke to be Chairman of the Management Board of Adam Opel AG, adding significant management strength as the company’s European operations continue on their growth plan.

In his capacity as CEO of Opel/Vauxhall, Stracke will report to Reilly. Walter Borst, president and CEO GM Asset Management and current Supervisory Board Chairman, will continue as a regular member of the Supervisory Board.

In a GM news release, Dan Akerson, GM chairman and chief executive officer, said, “The European market and our European operations are important to General Motors, and these moves will ensure that we have the best leadership in place as we continue toward growth and profitability.”

For the record, Opel/Vauxhall’s latest launch products - Insignia, Astra and Meriva - are highly successful and won more than 50 prestigious awards across Europe in the last year alone. Later this year, the company will introduce highly anticipated new products, including the Ampera and Zafira compact minivan.

“I am excited to lead a company with such a rich German heritage at this time in its history,” said Stracke. “Opel/Vauxhall has a great workforce and an exciting and innovative product portfolio. I’m looking forward to a thriving future.”

Stracke, 55, is a 32-year veteran of GM who has led global vehicle engineering for the last year and a half. Under his guidance, GM’s engineers and technicians around the world led the way on developing cutting-edge new vehicles and technologies, including the ground-breaking Chevrolet Volt and Opel Ampera electric vehicles with extended range.

“We look forward to welcoming Karl-Friedrich Stracke home to Germany,” said Reilly. “I am very pleased to have a leader of his experience, talent and engineering background running Opel/Vauxhall.”

In addition to serving on the Opel Supervisory Board, Reilly will also oversee Chevrolet and Cadillac in Europe. Reilly joined GM Europe in November 2009 after running GM’s International Operations based in China for three years.

General Motors (NYSE: GM, TSX: GMM) is one of the world’s largest automakers, tracing its roots back to 1908. With its global headquarters in Detroit, GM employs 202,000 people in every major region of the world and does business in more than 120 countries.

GM’s largest national market is China, followed by the United States, Brazil, the United Kingdom, Germany, Canada, and Italy. GM’s OnStar subsidiary is the industry leader in vehicle safety, security and information services. More information on the new General Motors can be found at www.gm.com.