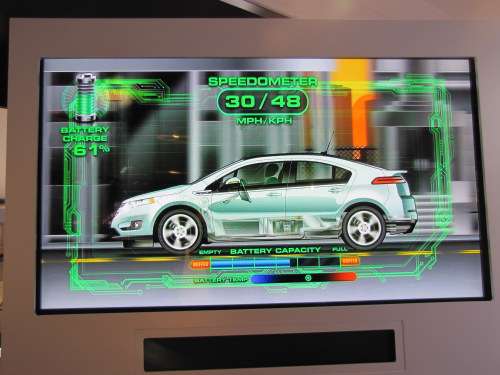 Every profit-hungry automaker has compromised maximizing the efficiency of the internal combustion engine to serve the politically expedient, more-expensive EV agenda.
Advertisement

The second reality is, the only green that should actually count is what should be left in the purchaser's pocketbook after he or she buys and operates an automobile.

That means automakers are setting themselves up for failure again by catering to green government agendas over their customers.

In other words, the auto industry’s new-religion of green automobiles is flawed, especially when it comes at a cost they best not forget: affordable transportation for the masses.

Failure in this area is already a given here; otherwise, there would be no need for continuous government subsidies for the Volt, the Leaf and others.

Don’t take this wrong. There is a time and place for government support. We enjoy technology from the space race; and thanks to DARPA (not Al Gore), we have the internet. But neither of those favored the few at the expense of the many, as does EV subsidies by the government.

Rising fuel costs around the globe are merely a symptom of energy and inflation reality. While deepwater drilling for oil will help some, it too is merely an attempt to keep up with ever-increasing world demand, as the world population is not shrinking.

Point is, neither subsidies or deep water drilling will ever create cheaper automotive transportation, especially when the vast majority of cars on the road are powered by inefficient versions of the IC engine.

Not just an American problem

The days of finding cheap, easy-to-drill oil are over. The oil industry knows it, and every world leader knows it. Truth is, energy demand around the globe is increasing and outstripping our ability as a planet to keep up.

The mere entry of India and China onto world markets with a rising middle class in each is a case in point; meaning, the world, not just America, wants more of everything; and everything requires more and more energy to manufacture all the stuff.

And lest Americans think fuel prices are too high, consider that a gallon of diesel fuel and a gallon of gasoline in America is still under $5 per gallon.

According to the latest price increase by TÜPRAŞ, Turkey’s sole oil refiner, diesel pump prices in Ankara rose from TL 3.33 per liter to TL 3.42 on Thursday. (TL is Turkish Lira)

And lest you think gasoline is cheaper, think again. It’s around 3.90TL per liter which equates to $9.32 US. So, diesel is the cheaper and more efficient fuel there.

Still, oil prices are once again above $90, amid mixed US crude and gasoline supply figures. Of course, violent street clashes in Egypt didn‘t help.

Benchmark crude for March delivery was up in electronic trading on the New York Mercantile Exchange. In London, Brent crude gained 88 cents to $103.22 a barrel on the ICE Futures exchange.

Energy around the globe is not getting cheaper by any means. That is why technology that makes driving more efficient is getting so much attention; and rightly so.

Problem is, the electrification of the automobile may appear cheaper at the pump, so to speak, but the up-front cost for lithium-ion battery systems is still way beyond most drivers’ pocketbooks. And the power generation is still mostly coal. So, cut the green sob story that EVs are somehow saving the world.

Simple economics, not clean air, explains why so many small cars appeared at the 2011 North American International Auto Show in Detroit. For the record, the Washington DC Auto Show is on its last weekend, as is the Philadelphia Auto Show, with the Chicago Auto Show coming in March.

Still, where is the low cost, bare bones truck with heater, A/C and rubber flooring? Where’s the next HHR-sized vehicle that runs on nat-gas and gets 45mpg in the city for $13.9K?

Bottom line is, the transport fuel solution has to involve greater efficiency for the internal combustion engine (ICE), as it‘s not going away anytime soon. Even if America went for all EVs tomorrow, the rest of the world would still use the ICE for the more-affordable up-front cost alone.

Maximizing the efficiency of the IC engine is the only way to make a real dent at reducing fuel consumption. In other words, the engines that are on the world’s roads have to sip less fuel per mile, no matter where they are. That means 30 mpg cars in the city are still inefficient and wasteful.

Automakers can pound their chests all they want, as they tout technologies like variable valve timing, variable cam phasing, direct fuel injection and turbo charging. Truth is, those are now merely the price of entry into initial ICE efficiency, as is quality. No, automakers still have to do more, and do it faster than ever before.

One is an immediate fuel change to natural gas, even as a dual fuel. America is indeed the Saudi Arabia of natural gas. Why are all the bets going on electric? Nat-gas would buy time until hydrogen comes of age.

The other is to adopt the split-cycle air hybrid engine technology, best represented thus far by the Scuderi Group. (There are others, including an external combustion steam engine by Cyclone Power). The split cycle with an air-hybrid component is the last great frontier for the IC engine, by allowing greater energy recapture than batteries, and can be used in the city quite well; plus it’s scalable for larger vehicles like SUVs and trucks.

Anything less for the internal combustion engine by the auto industry is simply using EVs to cater to the green agenda to meet government mandates, no more, no less, while gas guzzling occurs under all our noses.

And that tactic which has been done for decades makes for good political gains, but fails to make any real dent in lowering energy consumption and the high cost of automobiles. After all, it’s the cost of green as in total dollars saved that’s the real issue to most people.

So, when will the auto industry learn the real needs of the many must outweigh the egos of the few?

Tesla Contemplates A New Strategy for China Retail even As Sales Boom
Jay Leno on Elon Musk & EVs: “I Think He Should Get ... Credit"
END_OF_DOCUMENT_TOKEN_TO_BE_REPLACED