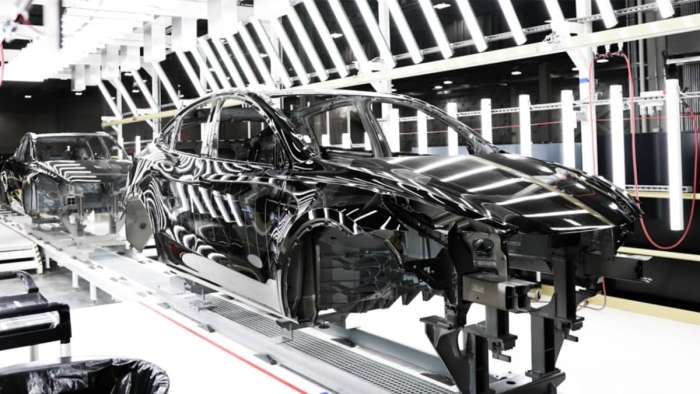 According to data released by China Passenger Car Association (CPCA), for the first time in the month of June, the Model Y has become the best-selling vehicle in China. And even more impressively, the Model Y was able to beat not only battery-electric vehicles but also internal combustion vehicles with a starting price below $10,000.
Advertisement

Tesla first started selling electric vehicles in 2010, at the time, the first-generation Roadster was a big hit but was largely dismissed by skeptics as a toy for rich people. Most people saw the electric sports car as a product that will not compete with internal combustion vehicles in any meaningful way.

After that, Tesla started selling the Model S which was also a big hit, however, like the Roadster, the Model S was also regarded as a niche vehicle for the wealthy. Skeptics said the Model S is nice but Tesla can’t compete in the mass market.

Then Tesla released the Model 3 with a price point closer to the average new vehicle selling price in the US. You would think that will finally convince the naysayers however, now the argument changed to – the Model 3 is nice but, there is no way Tesla can produce it in numbers that will make a dent in ICE vehicle sales.

After a lot of pain, Tesla finally scaled Model 3 production to a rate of several hundred thousand vehicles a year. This was surely the end of Tesla is not a mass-market producer argument, however, there was one last argument that could still be made.

And the last argument was, that the sedan market is a shrinking segment, no wonder Tesla was able to be successful in sedans however, Tesla won’t have a chance in the expanding crossover market.

And then came the Model Y. Currently Tesla is producing the Model Y in 4 factories on 4 continents. Tesla’s newest factory in Austin, Texas produces a refreshed version of the Model Y with 4680 cells and a structural battery pack.

However, Giga Texas is in its early days of ramping the refreshed Model Y and as of now doesn’t make up any meaningful portion of Model Y sales for Tesla.

Related News: Tesla's 50% Upside Over the Next 12 Months

Still, even before the breakthrough developments in the new battery chemistry and architecture come into play, the current Model Y has been taking market share from its ICE competitors.

And recently, according to sales numbers released by China Passenger Car Association (CPCA), in the Month of June, the Model Y has become the best-selling vehicle in China be it battery-electric or internal combustion.

We have a review of the Tesla Model Y and the big question is: Is this vehicle better than the Tesla Model 3? Let's find out! See https://t.co/P1WiAmhykG pic.twitter.com/9ElWlB1Mmt

What is even more impressive is that the Model Y beat vehicles in sales which have a starting price closer to $5,000.

This was an incredible performance on Tesla’s part and is yet another proof supporting Elon Musk’s prior statements predicting that the Model Y will be the best-selling vehicle in the world even when compared to internal combustion vehicles.

As of now, June is the first month that the Model Y has been able to top the best-selling vehicle list. However, we will be sure to keep you updated on the all-electric crossover’s future performance.

For more information check out: Tesla's Surprising Lead in Europe