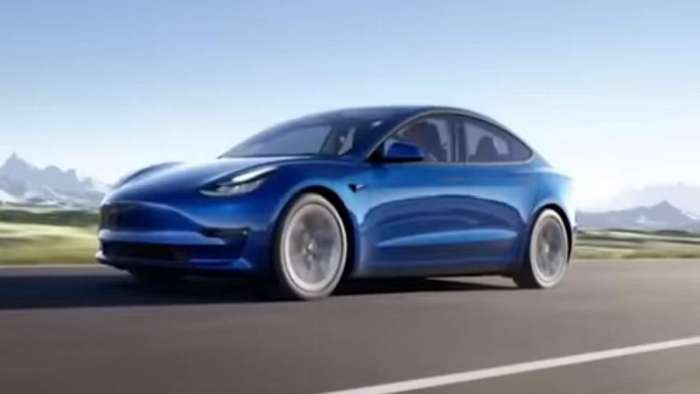 Tesla has a 50% upside over the next 12 months, according to one analyst on Wall Street. There are many reasons for this, with Giga Berlin and Giga Texas being the primary growth Tesla will achieve. Let's look at it more.
Advertisement

We have a story from Steven Mark Ryan who shares one analyst's price target for Tesla and more importantly, why Tesla is worth that much. Let's take a look at what he has to say.

Tesla and most all other companies have had struggling stock prices this year, with the first 6 months being a bear market. Tesla was about $655.53 just a few days ago and a lot can happen in a few days.

Tesla is now $769.40, with it being down almost 40% this year. This is one of the many examples of how often things don't make sense in markets, but for those who are able to see clearly and have discipline, there can be great rewards.

There have been many fears this year, from rising rates, Elon Musk selling stock, wars, inflation, recession fears, and things not related to Tesla, such as the Twitter acquisition - or potential acquisition of Twitter. This makes a good opportunity for those who can see it.

Tesla and the Future

Tesla is still down 40% from its 52 week high. It has gone up and down and up and down in a very volatile manner. Tesla seems to be the best risk adjusted opportunity in the stock market. It has traded without much movement in the past before, from 2014 to 2019. Could this happen again? It could and it might be from 2020 to 2025...

Steven did a poll and most people believe that Tesla will go up this coming week with 62.4% of respondents, out of about 5,600, saying the company's stock will go up.

Tesla's upside over the next 12 months is looking like a 50% increase to $1,125 per share. This is because many of the "overhangs" on the stock and the overall market are about to be gone. Tesla will ramp Giga Berlin and Giga Texas to volume production. They will release the Cybertruck. They will release the Roadster. The will solve autonomy and FSD.

Even just the deliveries are impressive, with Tesla delivering over 78,000 vehicles in China in June of 2022. This is without the second factory being up and running and up from a shut down for most of May, 2022. It's important to look forward when trying to understand Tesla.