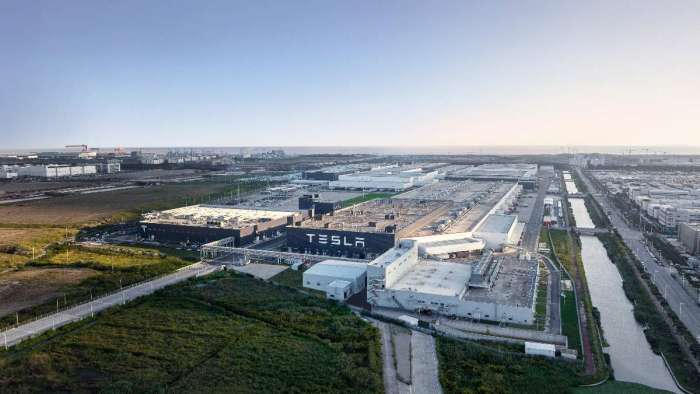 In the First Half Of The Quarter, Tesla China Hits a New Record Delivering 55K Vehicles Domestically

Tesla China has reached a new domestic delivery record selling 55,100 vehicles between October 1 and November 21. This number significantly outperforms the previous record for a similar timeframe which stood at 43,000 vehicles.
Advertisement

Tesla is in the process of massively expanding the company’s production capacity. According to the EV maker’s Battery Day presentation, Tesla plans to produce 20 million vehicles a year by 2030.

And now Tesla’s domestic China delivery numbers for the first half of the quarter have come out and they show the parabolic trajectory the EV maker is on. According to the data which was shared online, from October 1 up to November 21, Tesla delivered 55,100 vehicles just in China.

As the number only tracks domestic registrations, it doesn’t tell us the total number of vehicles Tesla China produced in the same timeframe. But, for comparison, we know Tesla’s Giga Shanghai factory produced 87,706 in October 2022.

Since Tesla has designated Giga Shanghai as the EV maker’s dedicated export hub, a significant portion of the 87,706 number was exported to numerous countries throughout Asia and Europe.

When compared to Tesla’s overall China vehicle production, 55,100 vehicles might not seem like a large number, however, historically this is by far the biggest record with the second best for a similar timeframe coming in at 43,000 vehicles.

TESLA CHINA DELIVERIES#Tesla China registrations in 3rd week of Nov were 14.4k bringing Q4 deliveries to 55.1k through Nov 20. Already the highest total for the first 2 months of any prior quarter.

At this pace, $TSLA could deliver >75k cars in the first 2 months of Q4. pic.twitter.com/IL2Gb1Ufnx

What is even more impressive is Tesla is still ramping up Model Y production at Giga Shanghai. And when the Model Y production line is fully ramped and in conjunction with Giga Berlin and Giga Texas, it’s not too far-fetched to imagine Tesla delivering 1.5 million vehicles a year.

Related News: After Years Of Pleading With Elon Musk Tesla Owners Are Finally Getting Apple Music In Their Vehicles

According to Elon Musk, he expects the Model Y to sell more than the Model 3, S, and X combined. This makes sense given the Model Y is in the crossover segment which is by far the largest automotive segment in the world.

For the quarter ending September 30, Tesla announced the company has delivered a record 343,000 vehicles. For the blowout quarter, Elon thanked all Tesla employees however, Musk also gave out a special shoutout to the Tesla China team.

Tesla China’s record domestic deliveries in the first half of the quarter also bode well for the EV maker to hit the company’s internal target of growing production by 50% in 2022.

We will keep you posted as Tesla grows production throughout the world. Make sure to visit our site torquenews.com/Tesla regularly for the latest updates.

So what do you think? Can Tesla maintain this production growth number for the next several years? Also, do you think the company will run into demand problems? Let me know your thoughts in the comments below.