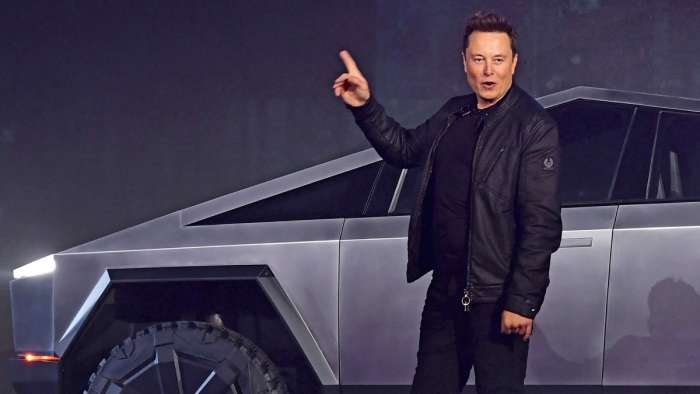 Elon Musk let his frustration out about the new EV tax credit saying it was written by Ford/UAW lobbyists, as they make their electric car in Mexico. Musk says the way the new rule is written does not serve the US taxpayer.
Advertisement

House Democrats in the US Congress have proposed a new electric car incentive program as part of a $3.5 trillion social spending bill.

The proposed overhaul of the EV tax incentive program, among several changes, increases the maximum tax break from the current $7,500 to $12,500.

The new proposed bill will also do away with the 200,000 vehicle limit set by the current federal EV tax incentive. Currently, electric vehicle buyers only get access to the $7,500 tax incentive, only until the auto OEM they are purchasing their vehicle from sells 200,000 EVs.

However, the new proposed EV tax incentive program, making its way through the legislative process looks to remove the 200,000 vehicles hard cap and replace it with a 5-year and 10-year deadline. 5 years for imported vehicles and 10 years for US-made vehicles.

The new rule also looks to make the $12,500 rebate available to EV buyers at the point of sale. This means EV buyers will pay $12,500 less than the vehicle’s sticker price when they purchase a vehicle. This is as opposed to the current EV tax incentive where buyers pay the full price and get $7,500 as a rebate on their tax returns.

All the above-mentioned changes are commendable and will undoubtedly go a long way to accelerate electric vehicle adoption in the US. The new rules will also help EV pioneering companies like Tesla and GM which no longer have access to the $7,500 tax break.

However, the new rules are not without their caveats. And Tesla CEO Elon Musk believes these caveats were tailor-made by legacy auto and their unions to protect their self-interests.

Tesla builds a significant portion of its battery pack in-house and in the US so the second stipulation shouldn’t be a problem however, Tesla factories are not unionized meaning Tesla vehicles will only qualify for an $8,000 incentive from the available total of $12,500.

In response to Whole Mars Catalog, who lamented the Democrats’ decision to expand the union stipulation part of the incentive to $4,500 from an earlier chatter of $2,500, Musk said the stipulation was “written by Ford/UAW [United Auto Workers Union] lobbyists, as they make their electric car in Mexico. Not obvious how this serves American taxpayers.”

Musk also linked a Bloomberg article showing how Ford sells more Mustang Mach-Es from its Mexico plant than other Mustangs built at its Michigan plant.

As of now, Musk has not gotten a response from any concerned party regarding his concerns however, we will be sure to keep you posted if we hear more information. Make sure to visit our site torquenews.com/Tesla regularly for the latest information.

So what do you think? Will the new tax incentive hurt Tesla? Let me know your thoughts down in the comments below.

For more information check out: This Is How Tesla Can Succeed in India Also, see What Are These Tesla Giga Castings Doing Outside at Fremont?

John Goreham wrote on September 13, 2021 - 10:10am Permalink
Why do vehicles that are in huge demand, many with five-figure pre-orders need price supports? Many electrified vehicles are among the fastest-selling models in America.
Timothy Boyer wrote on September 13, 2021 - 10:55am Permalink
That is a very good rhetorical question. What does this really mean for lower income vehicle owners who cannot---or will not---become the EV-industry's iPhone equivalent customer? Corruption? Probably, but it is small potatoes compared to bigger issues in life. If the move toward EV's is really about making the world Greener---which, I have my doubts about being the true motivation behind the EV movement---I would like to know if these tax credits help lower-income car owners more than it hurts specialty-trending vehicle businesses?