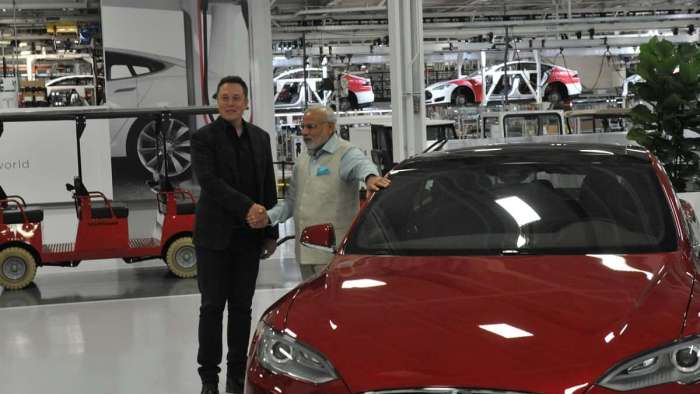 This Is How Tesla Can Succeed in India

Recently we hear more news that Tesla is actively working toward entering the Indian automotive market. But will Tesla succeed in India now that Ford is stopping to make cars in India? This report shows what can Tesla do to succeed in India.
Advertisement

I can't say about Tesla, but electric vehicles are going to grow extremely fast in India, maybe the fastest. There are new polices for electric cars, scrappage policy as well. Also 2-wheeler EV market is huge in India, almost 2/10 scooters are electric in many cities.

India is going for long term for EVs, lithium refining, exploring, battery tech everything is government funded now. Manufacturing is the part India wants to focus on with passenger adoption.

EV and Tesla charging needs to be improved in India. One of the big reasons Teslas are successful is because of their big charging network.

If any company wants to succeed in India you just need to launch products at low prices and meet the consumer demands. It's because people look at India as a lower middle class economy. But I think even many people in Western countries too can't afford a Tesla car.

Tesla needs to choose between “Class and Mass” if chosen the latter with a price around $20,000, it would succeed more than China.

Yes, there is a ton of problems when it comes to Tesla and India. But the people are very optimistic. Remember, this is a country where journey started in a simple thing like bicycle, but it went as far as mars.