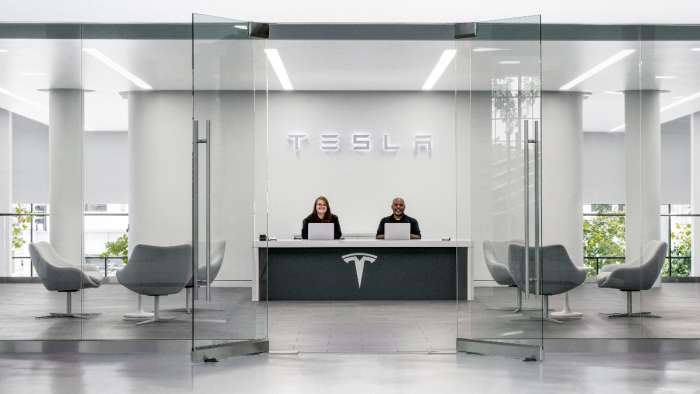 Yesterday, Tesla CEO Elon Musk sent out a company-wide letter calling on employees working from home to come back to the office immediately. Musk said every Tesla employee is required to spend a minimum of 40 hours a week at the office or else it will be considered a resignation.

Musk further elaborated saying employees should not report to a generic Tesla office but at the location, their work is performed. Musk then gave an example of how a Fremont human resources officer will need to be at the plant and not at some remote Tesla office.

Musk’s letter in its entirety read…

Anyone who wishes to do remote work must be in the office for a minimum (and | mean 'minimum') of 40 hours per week or depart Tesla. This is less than we ask of factory workers.

lf there are particularly exceptional contributors for whom this is impossible, I will review and approve those exceptions directly.

Moreover, the "office" must be a main Tesla office, not a remote branch office unrelated to the job duties, for example being responsible for Fremont factory human relations, but having your office be in another state

After his letter was leaked on Twitter, Musk then doubled down saying “they should pretend to work somewhere else.”

Tesla’s new rules opened discussions about remote work and how the EV maker will be able to compete with other companies which allow employees to work from home.

And only a few hours after Musk’s letter, a recruitment effort to lure Tesla employees with the promise of the ability to work from home has already begun. Scott Farquhar, an Australian billionaire, the co-founder, and co-CEO of the software company, Atlassian called on Tesla employees to join his company through a Twitter thread.

Farquhar started by saying “news from Elon Musk and Tesla today feels like something out of the 1950s: "Everyone at Tesla is required to spend a minimum of 40 hours in the office per week". Very different approach to what we are taking at Atlassian.”

Atlassian employees choose everyday where and how they want to work - we call it Team Anywhere. This has been key for our continued growth. (2/5)

Farquhar then continued by stating employees at his company can choose where and how they want to work. And said the reason Atlassian allows this is because this is the future of work, “highly distributed, highly flexible”.

In the past year alone, 42% of our new hires globally live 2 or more hours from an office. There is great talent all over the world - not just within a 1hr radius of our offices. (4/5) pic.twitter.com/lneSfcT4fa

Farquhar admitted remote work isn’t perfect right now however said “we have to experiment to get it right.” Finally, Farquahar ended his Twitter thread by calling on Tesa employees to join his company and linked the career page for Atlassian.

Musk was not amused by Farquhar’s attempt to recruit Tesla employees and responded by saying “the above set of tweets illustrate why recessions serve a vital economic cleansing function.”

Musk then agreed with a Twitter user who wrote saying “a recession is a time when the economy slows down and people lose their jobs. This can be bad for some people, but it can also be good for the economy because it cleans out the old businesses that are not doing well and makes room for new businesses.”

For the past several months Elon Musk has been warning of an upcoming recession. However, as time has gone on, Musk’s attitude towards a recession has become increasingly positive as he believes the economy needs to be cleansed.

Related News: Tesla Going to the Moon - Here's Why

A few days ago asked if we are heading for a recession, Musk answered saying “Yes, but this is actually a good thing. It has been raining money on fools for too long. Some bankruptcies need to happen. Also, all the Covid stay-at-home stuff has tricked people into thinking that you don’t actually need to work hard. Rude awakening inbound!”

Yes, but this is actually a good thing. It has been raining money on fools for too long. Some bankruptcies need to happen.

Also, all the Covid stay-at-home stuff has tricked people into thinking that you don’t actually need to work hard. Rude awakening inbound!

Musk then asked how long he thinks the recession will last answered by saying “based on past experience, about 12 to 18 months.” Finally, Musk added, “companies that are inherently negative cash flow (ie value destroyers) need to die, so that they stop consuming resources.”

Yes, but this is actually a good thing. It has been raining money on fools for too long. Some bankruptcies need to happen.

Also, all the Covid stay-at-home stuff has tricked people into thinking that you don’t actually need to work hard. Rude awakening inbound!

Only looking at Musk’s response to Farquhar you might have a problem with the title of this article and argue Musk is not calling for a recession.

However, when you put Musk’s latest statement in conjunction with his previous views, it is abundantly clear that he feels the pandemic has made people lazy and that he’s hoping for a major event to restore things back to normal.

And Interestingly enough, Musk might just get his wish as the US economy is at the precipice of a recession. The US GDP has contracted by 1.4% percent in the first quarter of 2022. And since a recession is technically defined as 2 consecutive quarters of GDP decline, if the US economy doesn’t show any growth between April to June, then we will officially be in a recession.

As of now, it is not a foregone conclusion if we will indeed be in a recession or, if there is one how Tesla and other EV makers will fare in the new economic landscape. However, we will be sure to keep you posted as we learn more.

So what do you think? Surprised to see recruitment efforts to lure away Tesla employees so soon after Musk’s letter? Also, how do you feel about Musk’s attitude towards a recession? Let me know your thoughts in the comments below.

Mike Sunderland wrote on June 2, 2022 - 2:45pm Permalink
Elon is a bright sider. He sees positives wherever he looks. A recession is just another example of that. He's almost always correct too. Kinda similar to one Donald J Trump. I'm sure that statement will be polarizing! Take away all of the lies recently revealed about Trump and you'll find he was very much right about most things.