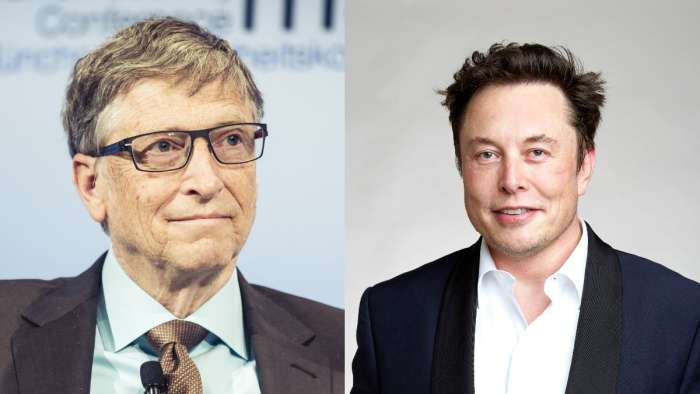 Last month through leaked text messages between Bill Gates and Elon Musk we learned that the former Microsft CEO has a massive $500 million short position in Tesla. And now Musk says Gates' Tesla short position has grown to $1.5 to $2 billion and revealed that it gives him trust issues.
Advertisement

In the past 3 years, Tesla’s stock price has grown at an unbelievable rate. Back in May 2019, Tesla was trading at around $40 per share however, fast forward 3 years and, the EV maker’s shares are now worth $760.

That is an incredible 19-fold increase in just 3 years. And even more impressively, Tesla’s current stock price is after a 38% decline from its November 2021 highs of $1222 per share.

After Tesla’s recent decline, a few days ago Elon Musk absolved himself of any responsibility saying he had warned investors that Tesla’s stock price was too high.

Related News: Elon Musk Calls AOC A Puppet After Revealing She Wants To Replace Her Tesla With A Union Built EV

However, at its peak, Tesla had achieved a 30-fold increase from its 2019 share prices. This was amazing for the EV maker’s investors and clean energy enthusiasts all around.

However, Tesla’s incredible rise has also left countless short sellers broke. Most of Tesla’s detractors have either backed off from shorting the EV maker or have gone bankrupt and have been forced to shut down their offices.

Despite Tesla wrecking most short sellers, there is one surprising name that’s still holding on to his Tesla short position. And that person is – former Microsoft CEO, Bill Gates.

Last month we learned that Gates, once the richest person in the world and a champion of clean energy, had an enormous $500 million short position on Tesla. This information got out after a text conversation between Elon Musk and Bill Gates leaked to the New York Times.

In the texts, Gates approaches Musk to discuss philanthropic donations. However, Musk confronts the former Microsoft CEO asking if he still had his $500 million Tesla short position. And to all our dismay, Gates admits he is still short Tesla stock. Musk, later on, denied leaking the conversation to the New York Times.

It’s almost crazy to imagine why Gates with all his large pronouncements about advancing sustainable energy would bet $500 million on Tesla’s downfall. That’s $500 million he could’ve easily used to advance his myriad philanthropic ventures.

However, before we can wrap our heads around the magnitude of Gates’ Tesla position, Elon Musk late last night revealed Bill’s Tesla short position has now grown to $1.5 to $2 billion.

According to Musk, the reason the number has increased that much is that since Gates opened his Tesla short position the EV maker’s stock has grown a lot. This means if Bill wanted to close his Tesla short today, he would incur an additional $1 to 1.5$ billion in losses.

Pointing to this fact Musk also said he has trust issues when it comes to Bill Gates, as the former Microsoft CEO claims to support clean energy while at the same time betting all this money on Tesla’s fall.

Since Gates still has a multi-billion dollar short position against Tesla while claiming to help with global warming, I guess I have some trust issues with him too

Currently, Gates' losses are around $1.5 to $2 billion. However, if Tesla’s stock price was to appreciate significantly his losses can easily balloon to over $5 billion.

As of now, Gates hasn’t responded to Musk’s statement. However, we will be sure to keep you posted as the saga unfolds. Until then, make sure to visit our site torquenews.com/Tesla Regularly for the latest updates.

So what do you think? Surprised to learn Bill Gates has lost $2 billion shorting Tesla? Also, do you agree with Musk that Bill’s Tesla short position makes him untrustworthy? Let me know your thoughts in the comments below.

For more information check out: Tesla FSD v11 in Shadow Mode and Why This Matters