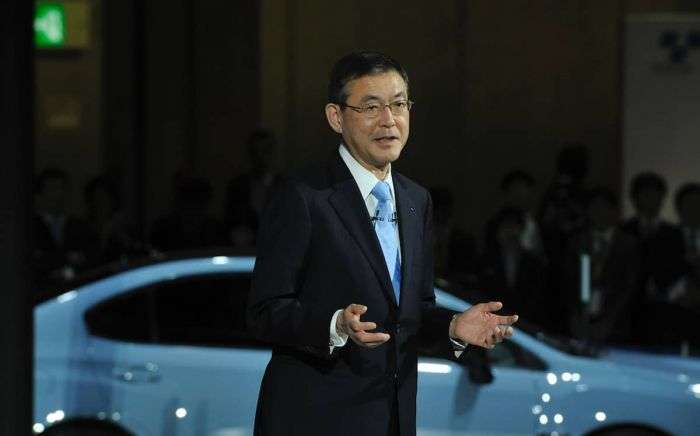 Success In US, Scandal In Japan Leads To Major Subaru Shakeup

Subaru Corp announces major changes are coming. See how they shook up senior management because of success in the U.S. and scandal in Japan.
Advertisement

Subaru Corporation is a tale of two companies going in different directions. In the U.S., success coming from record sales of their all-wheel-drive lineup of the 2018 Subaru Outback, Forester, and Crosstrek, leads Tom Doll in getting a big promotion, in Japan, CEO Yasuyuki Yoshinaga will vacate his role as president because of scandal.

Subaru Corp announced this week Tomomi Nakamura, chairman, and CEO of Subaru of America (SOA) and corporate executive vice president, will take over as Subaru's president after the company's shareholder meeting in June. CEO Yasuyuki Yoshinaga will become chairman of Subaru to focus on restoring Subaru’s tarnished reputation in Japan.

In the U.S., Subaru is on top of the world and things are bright for the small Japanese automaker. Tom Doll has been promoted to the role of Chief Executive Officer, serving as the company’s most senior executive. This makes Doll the first American to hold this position since Subaru, acquired full ownership of SOA in 1990. Doll gets the promotion because he has guided Subaru of America to 9 years of record sales and 10 consecutive years of sales increases. Consumers are flocking to U.S. dealers snatching up record numbers of the SUV-alternative 2018 Subaru Outback and newly-remodeled 2018 Crosstrek crossover.

Things are different in Japan

In Japan, it’s a different story as the small automaker tries to regain its solid reputation. Yasuyuki Yoshinaga steps down as President because the Japanese automaker is embroiled in a safety inspection scandal. Nikkei Asian Review reports it was because of this scandal the Japanese automaker made the changes. In Japan, sales tumbled 22 percent in January, the third-straight month of decline.

Subaru has been dealing with the scandal in Japan since October 2017 when reports surfaced Nissan and Subaru let uncertified workers in Japan inspect vehicles prior to shipment. Then in December, Subaru Corp was looking into possible fuel tampering with respect to data on fuel consumption tests in Japan. Between the two, Subaru needed to do something to show they are addressing the issue.

Subaru says in the statement, “Under the new management structure to be run by its rejuvenated executive team, Subaru aims to build a solid structure for sustainable growth as a high-quality company while addressing the drastic changes in the automotive industry and enhancing the distinctive appeal of the Subaru brand.”

Subaru has a good thing going in North America and they don’t want to mess with success. Tom Doll gets promoted to the company’s most senior executive position to keep the brand selling record numbers of the 2018 Subaru Outback, Forester and Crosstrek. In Japan, they shake things up to “rejuvenate” the executive team and try to restore Subaru’s tarnished reputation.