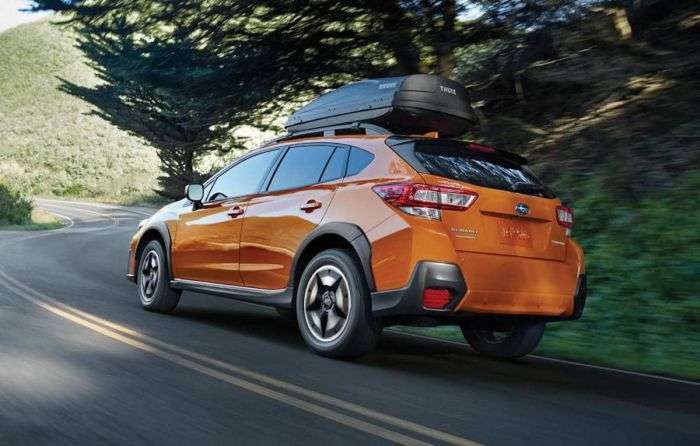 Consumers are responding to the all-new second-generation Subaru Crosstrek in a big way in North America and around the globe. It received a major makeover and it’s helping Subaru shatter more records in the new year. Crosstrek stays hot in February helping both Subaru of America and Subaru Canada set more new records in 2018. Subaru of America reports the best February in the history of the company. Subaru Canada is also reporting they’ve had their best February on record.

It’s all due to the new 2018 Subaru Crosstrek being on fire with record sales in both countries. In the U.S. the new compact crossover had its best February with a sales increase of 60.7 percent over the same month in 2017. Crosstrek received a complete makeover and buyers are responding to the major updates. In Canada, the all-new 2018 Crosstrek also posted its best February ever with a whopping 113.7 percent increase over February 2017.

To start the year, last month in the U.S., in January the all-new 2018 Subaru Crosstrek had a 45 percent increase (9,437 units sold) compared to the previous January sales (6,507). Canada saw Crosstrek post its best January ever with an even more impressive 161.9 percent increase last month.

The impressive sales continue for the new Crosstrek which received a complete remodel from the ground up that was a radical transformation. The only other vehicle in Subaru of America’s stable of all-wheel-drive vehicles to post a gain for February was the 2018 Outback. The Forester (-9.2%), Impreza (-12.0%), WRX/STI (-10.2%), Legacy (-15.4%), and BRZ (-21.5%) were all down from the previous February.

Subaru Global reports the Crosstrek (XV in global markets) has seen an increase in exports from Japan where it’s produced, year-on-year due to increased shipments to North America, Asia, and China. The XV just made its market launch in Australia and the UK where sales are also expected to be hot.

Subaru of America is celebrating 50 years in the U.S. and the party keeps rolling because the all-new 2018 Subaru Crosstrek is recording sales that are off the charts. Subaru of America will also launch the all-new 2019 Ascent 3-Row family hauler this summer, the new-generation 2019 Forester is coming this fall, and a new Subaru Hybrid model will also make its debut in 2018.