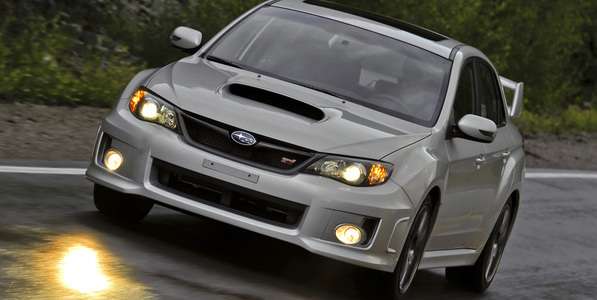 Subaru’s WRX just won Ward’s prestigious “10 Best Engines” 2016 for the second year in a row. Subaru has won the top engine award three other times. The 2016 WRX’s Boxer “DIT” engine is the newest performance engine from Subaru and it’s a good one. It was recognized for its outstanding power teamed with enhanced fuel economy. How many times has WRX STI won the award?

Subaru has now won the prestigious Wards “10 Best Engines” award five times since the everything automotive magazine began recognizing the best engines. The high-performance Subaru WRX STI has also won two times in the recent past. It was Subaru’s first time to win and they did it with the 2004 and 2010 WRX STI “EJ25″ 2.5-liter 4-cylinder turbocharged Boxer engine. The third for Subaru was the 2013 award for the “FA20” 2.0-liter 4-cylinder naturally aspirated Boxer engine.

While the 2.5-liter is still a good engine, the newest WRX engine is a better one and Subaru’s iconic all-wheel drive sports performance model uses the “FA20” 2.0-liter 4-cylinder Boxer “DIT” engine that produces 268 horsepower and 258 lb ft. of torque. The Ward’s judges praised it for its superb power performance and enhanced fuel economy. The winners were chosen from 31 nominated powertrains.

To be eligible for the Ward’s “10 Best Engines” competition, an engine must be all-new or significantly re-engineered and available in the U.S. market with a base price not exceeding $61,000. Editors score every engine based on horsepower, torque, drivability, noise and harshness mitigation, flexibility, observed fuel economy and onboard technology.

Subaru has been recognized five times now by Wards Auto and the 2.5-liter 2004 and 2010 Subaru WRX STI models take it twice and the 2015-2016 Subaru WRX 2.0-liter takes two awards for the trophy case. When will Subaru put the new 2.0-liter DIT turbo in the STI like the new Japan-only S207? Stay tuned.