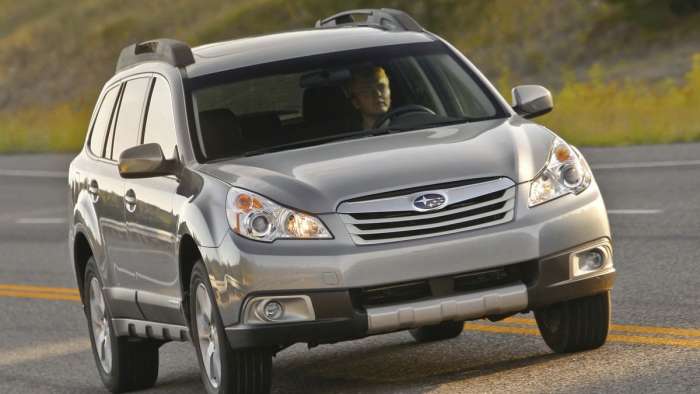 Subaru has been hit with another class-action lawsuit over an issue with the Subaru Outback. See what a Virginia woman claims happened when the vehicle's airbag deployed.
Advertisement

Subaru of America and Subaru Indiana Automotive has been hit with another class-action lawsuit involving the Subaru Outback. The new lawsuit involves a Virginia woman who claims to have been injured when the airbag in her 2011 Subaru Outback deployed after she was involved in a minor accident. The new lawsuit was filed in December and the motion to dismiss the case by Subaru was denied by James P. Jones U.S. District Judge in Virginia.

The plaintiff, Rebecca Rentz James is being represented by attorneys Woods Rogers PLC, Roanoke, Virginia. James claims she was driving her 2011 Subaru Outback in Tazewell County, Virginia, and while making a right turn, the right front fender of the vehicle made contact with a tree adjacent to the road. The “brush with the tree” caused only minor damage to the fender and posed no risk of harm to James. 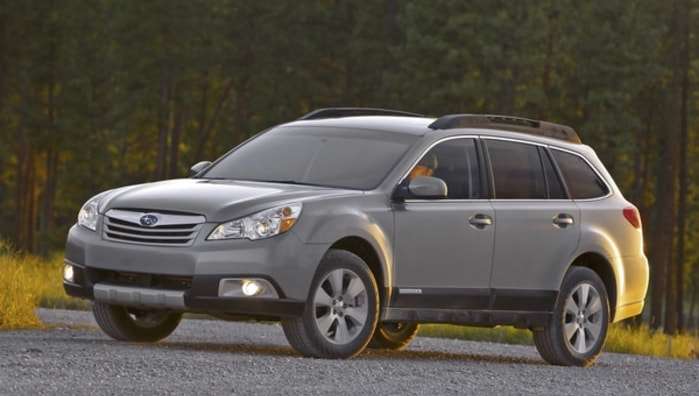 The court record says, after the vehicle contacted the tree, James was able to correct the vehicle’s direction and bring it to a stop in the right lane. Although the vehicle had only lightly touched the tree, the vehicle’s driver side curtain airbag “forcefully” deployed striking the women on the upper left side of her body injuring her cervical spine and neck.

James alleges that such a minor accident was foreseeable to Subaru Corporation and Subaru Indiana Automotive, where the Outback wagon is manufactured, and that the brief, non-dangerous contact should not have triggered deployment of the airbag in the Outback. 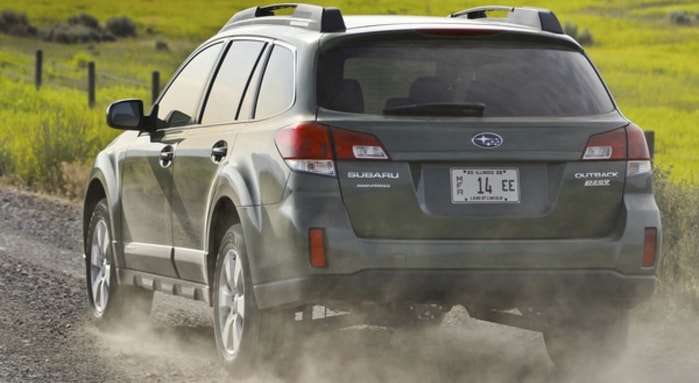 The Subaru Outback is manufactured in Indiana

The Virginia woman further alleges that the airbag deployed with “excessive and dangerous force” and it was foreseeable to Subaru that such an unnecessary deployment of the airbag posed an unreasonable risk of harm to drivers. The court records say Jones claims there is a breach of the implied warranty of merchantability, negligence, and failure to warn customers of the airbag issue. James seeks $12.5 million in damages.

Judge James P. Jones said, “I find that James has adequately pled that if the airbag (in the 2011 Subaru Outback) was not defective or were she warned of its defect, she would not have been injured by its unexpected and forceful deployment” and allowed the class-action lawsuit to move forward. Stay tuned to Torque News for any new information on the case when it becomes available.

Anita Guris wrote on January 5, 2020 - 7:41pm Permalink
We own a 2011 Outback 3.6R and we have 230k miles on it. I think if I “touched” a tree and my airbag deployed, I’d be happy that it tried to keep me safe. We have “touched” a few things in our car and never had the air bag deploy. Just admit you hit a tree! Suing Subaru won’t help you. You obviously have a driving issue maybe some lessons would be in order. My guess is a distracted driver hit a tree and doesn’t want to take responsibility.
Deejer wrote on January 5, 2020 - 8:44pm Permalink
All air bags deploy with force, that's what saves you . Minor contact with a tree is usually forceful enough to deploy any air bag plus usually will also cause those types of injuries by itself. And I'm sure that 12.5 million is adequate to take care of your medical expenses, not just easy money! Sarcasm....
Kazoo86 wrote on January 5, 2020 - 9:12pm Permalink
If all else fails sue for a class action suit! Simple question, who hit the tree? I guess it was the driver. I am certain the tree did not jump out in front of her. Since her insurance policy did not gave $12.5M limits, she had to sue. A lawyer ALWAYS goes for the deep pockets! Nuff said on my part. But I am allowed MHO.
Joseph W. Fernandez wrote on January 5, 2020 - 9:35pm Permalink
This article is nonsense for a variety of reasons, but let's start with the most obvious one: the lawsuit at issue is not a class action. It is an individual lawsuit. Let's move to the less obvious one: it is nearly impossible to win a motion to dismiss in federal court, or any court, whicb is why the motion was denied in six pages. There isn't much to say: all you need is a shirt and plain statement that demonstrates possible liability. I am at a loss to determine how it is that Torque News can run Subaru's advertising while running articles that make a simlle personal injury lawsuit into a national crisis for the company. Can your reporter read?
Allen Gilin wrote on January 5, 2020 - 10:15pm Permalink
Looking forward to more comments regarding airbag problems, although I have purchased my 3rd Subaru recently without any airbag problems.
Bob wrote on January 6, 2020 - 10:04am Permalink
She hit a tree lightly? Class action lawsuit is about a terrible driver who went off the road hit a tree and then was upset because she hit a tree. Those trees can be tricky sometimes, they just jump out in front of vehicles, and then this happens.... People are hilarious......
Jason Daly wrote on January 7, 2020 - 9:45pm Permalink
What's the going rate for crashing into my house with a 2016 outback? Looking to retire and move.
Ed George wrote on January 20, 2020 - 7:11pm Permalink
Interesting, but it does not prevent me from wanting to buy an Outback-XT(2.4L). Really the only thing preventing me from buying one now is that the closest dealer is 35 miles away.

Tsingshan's Threat to Tesla: EV Maker Is In Battery Crosshairs
Tesla-Funded Research Reveals One of The Biggest Mysteries of EV Battery
END_OF_DOCUMENT_TOKEN_TO_BE_REPLACED