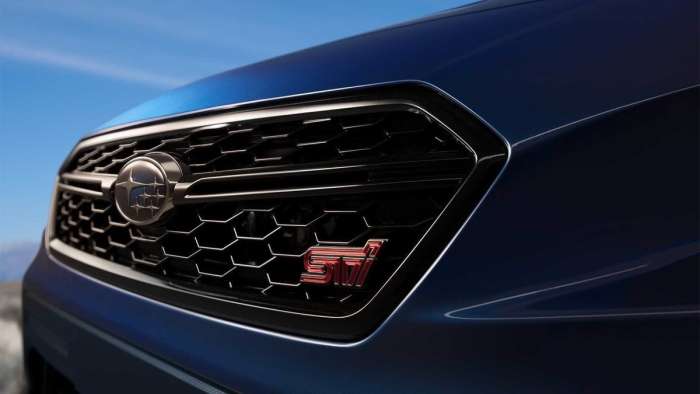 Will the next-generation 2021-2022 Subaru WRX STI be getting hybrid power? We now know what Subaru has in mind for its performance models.
Advertisement

Performance enthusiasts have many questions about what will be under the hood of the new 2021-2022 Subaru WRX STI when it gets a complete overhaul. We know the next-generation Subaru WRX STI will be getting a significant bump in power and torque from either hybrid power, plug-in hybrid technology and eventually it will be an all-electric model. But don’t look for an electrified powertrain anytime soon.

Subaru Corporation outlined its new plan for future models and it includes the entire lineup. Although, the next-generation WRX STI coming sometime in 2021-2022, will still have a gas-only turbocharged engine and not hybrid power. The new STI engine could be the FA24 2.4-liter turbocharged Ascent-sourced flat-four Boxer. This comes from a number of sources, but Subaru has not released any details yet. 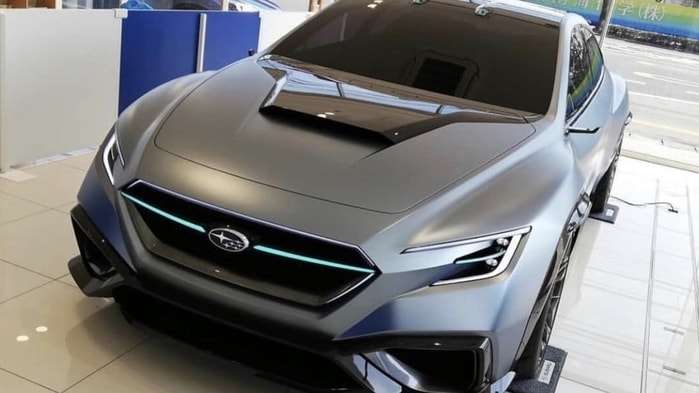 When will performance buyers see a hybrid or an all-electric STI?

Subaru is going slow with electrification for all models and the STI won’t likely see any new hybrid technology for another decade. An all-electric STI will be even further down the road.

Subaru Corporation spelled out in a briefing to journalists last week that its plan is to make at least 40 percent of its global sales electric vehicles or hybrid electric vehicles, but says you will have to wait another decade (by 2030) to get one. And then it will likely be an Outback, Forester, Crosstrek, or Ascent that will be first to get it. 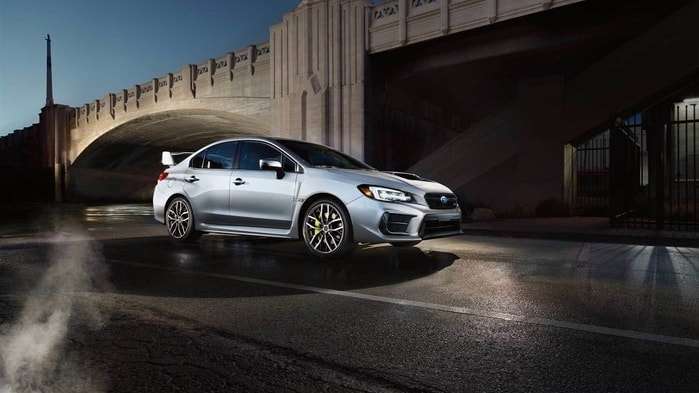 Subaru’s first-ever all-electric model is coming from a collaboration between Subaru and Toyota, but it won’t be the STI, it’s an all-new SUV. And that new all-wheel-drive SUV/Crossover won’t be here for another five years.

Subaru and Toyota are working now on the next-generation BRZ/86 two-door sports coupe that’s coming with a possible new turbocharged gas engine, and the sports coupe will possibly ride on Toyota’s TNGA architecture (Toyota New Generation Architecture). But like the STI, it won’t be getting hybrid power at least for another decade, and it's likely going to be the mid-2030s before the performance models get the technology.

Subaru doesn’t think performance fans are ready for an all-electric STI yet. Subaru’s chief technology officer, Tetsuo Onuki says projections of EVs taking over the market in the next decade aren’t realistic. “To be honest, we don’t expect the market is going to turn into all-electric vehicles in 2030,” Onuki said. “They’re going to be quite expensive.”

Subaru’s top boss Tomomi Nakamura also says U.S. buyers aren’t ready for an all-EV lineup just yet. In the briefing last week, he said, “The only EVs that are selling well are from Tesla.” Subaru thinks the slow approach is best for its SUV and performance car customers. For now, Subaru is sitting on the sidelines until all-electric vehicles become more widely accepted in the U.S. market. So don’t look for an electrified STI anytime soon.

Subaru is taking a slow-is-safe approach when it comes to an all-electric lineup and isn’t about to take any risks with the flagship performance STI model. Eventually, you will see a Subaru WRX STI hybrid or plug-in hybrid, but it’s still 10-15 years away.

Edwin Marcano wrote on January 27, 2020 - 2:14pm Permalink
Would love to purchase the 2 door sti please bring it into the production line for next year will be waiting patiently for it looks very sharp
Anthony wrote on January 27, 2020 - 2:26pm Permalink
You said: "We know the next-generation Subaru WRX STI will be getting a significant bump in power and torque from either hybrid power, plug-in hybrid technology" Based on what source?
Bryan wrote on January 28, 2020 - 12:01am Permalink
Yeah I'm with you on this too. Article doesn't seem to make any sense. They then continue on the say "Although, the next-generation WRX STI coming sometime in 2021-2022, will still have a gas-only turbocharged engine and not hybrid power." So the article writer is confirming next gen will be hybrid, and later confirming it won't be a hybrid? So much contradiction and no source on the hybrid part.
Aaron Wilson wrote on January 28, 2020 - 9:12pm Permalink
Hopefully they bring back the hatch. The sedans are so boring looking. The widebody STI/WRX hatchbacks are my favorites.
Philip Spomer wrote on February 17, 2020 - 10:43pm Permalink
Dear Subaru, please make a car that normal people are afraid to drive, just like my old Forester XT.