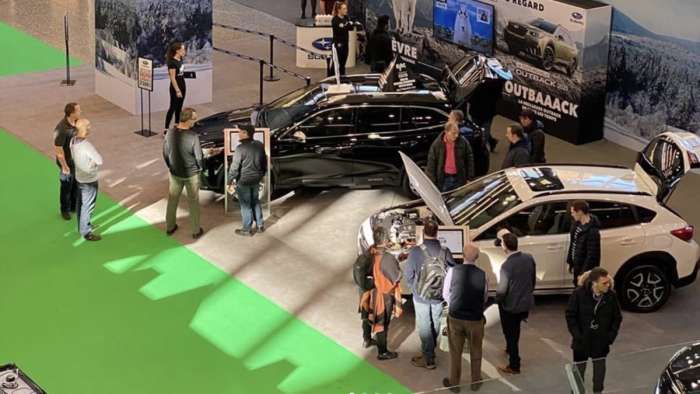 The Subaru Story They Don’t Want You To Read

Subaru doesn’t think you are ready for an all-EV lineup. Why is Subaru taking a slow is safe approach with the 2020 Outback, Forester, Crosstrek, and Ascent models?
Advertisement

Subaru doesn’t think you would buy an all-electric Outback, Forester, Crosstrek, or Ascent model. Subaru’s top boss Tomomi Nakamura says U.S. buyers aren’t ready for an all-EV lineup. At least not yet. A story in the Wall Street Journal says Subaru is only selling around 300 of its all-new 2020 Crosstrek Hybrid models per month, and a story from Automotive News Europe quotes Nakamura saying, “The only EVs that are selling well are from Tesla,” he said at a technology briefing earlier this week.

Subaru doesn’t want you to know they are controlling the sale of its first-ever plug-in. The top Subaru boss fails to tell you they only make the 2020 Crosstrek plug-in hybrid available in limited quantities and only in a few states. It’s hard to sell a new model if customers can’t even find one. 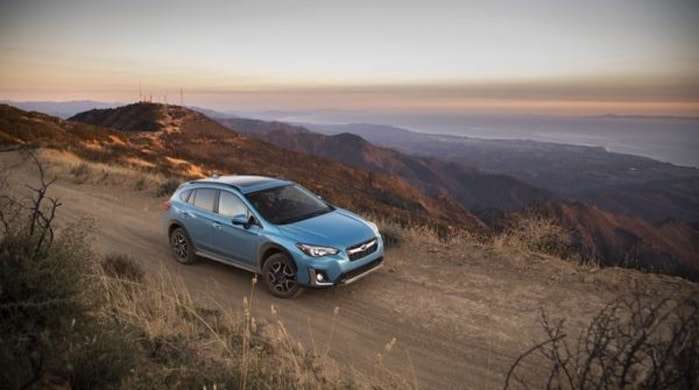 Subaru is limiting quantities of the Crosstrek Plug-In Hybrid

It’s all about playing it safe

Subaru doesn’t want to take the risk of bringing an all-electric Outback, Forester, Crosstrek or Ascent model to customers yet. In the briefing to journalists this week, Subaru tried to impress them by spelling out its plan to make at least 40 percent of its global sales electric vehicles or hybrid electric vehicles but says you will have to wait another decade (by 2030) to get one.

Subaru teased a futuristic EV all-wheel-drive model this week but said you can’t have it. Nakamura said at the briefing, Subaru, which is now 20 percent owned by Toyota, will collaborate with the largest Japanese automaker on new hybrid technology and introduce a vehicle with the technology sometime this decade. Subaru is also jointly developing an all-electric SUV with Toyota and plans to bring it to major markets including the U.S. but not for another five years. 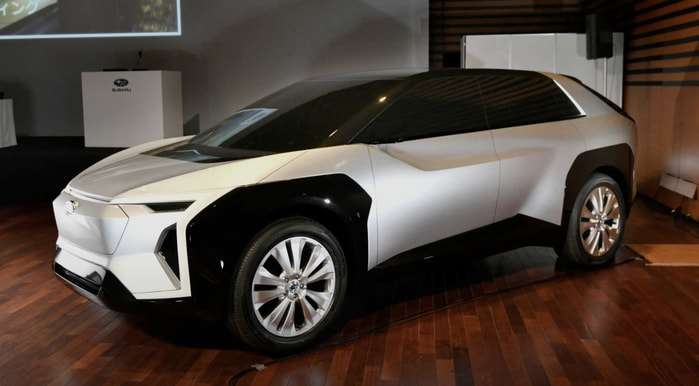 Subaru says an all-electric SUV is coming by 2025

Subaru’s chief technology officer, Tetsuo Onuki says projections of EVs taking over the market in the next decade aren’t realistic. “To be honest, we don’t expect the market is going to turn into all-electric vehicles in 2030,” Mr. Onuki said. “They’re going to be quite expensive.”

The second-generation Subaru BRZ/Toyota 86 is coming next with a possible new turbocharged engine, and the sports coupe will possibly ride on Toyota’s TNGA architecture (Toyota New Generation Architecture). But it’s not going to get hybrid technology for another decade at least.

Subaru thinks taking the slow approach is best for its customers. For now, Subaru is sitting on the sidelines until all-electric vehicles become more widely accepted in the U.S. market. Subaru’s president Tomomi Nakamura seems content to wait and watch for at least another half-decade.

Subaru will instead focus on reducing its carbon footprint from its factories, offices and other facilities, while improving the safety and drivability of the top-selling 2020 Subaru Outback, Forester, Crosstrek and Ascent models. Subaru is taking a slow is safe approach when it comes to an EV lineup and points to slow sales of the 2020 Crosstrek Hybrid to prove you won’t buy them.