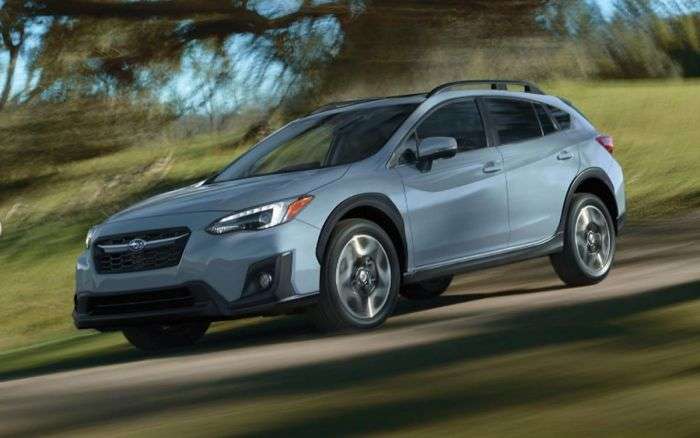 Subaru launches a first-ever 2019 Crosstrek plug-in-hybrid, but you can’t buy one unless you live in these 10 U.S. states.
Advertisement

Subaru’s all-new 2019 Crosstrek plug-in-hybrid is coming later this year, but the fuel-stingy model will only be sold in 10 U.S. states. It’s popular in the Rocky Mountains and the state of Washington, but you won’t be able to buy one in these regions. According to The Gazette, Subaru Corp will only build “limited quantities” of the new 2019 Crosstrek with electric technology.

Subaru Corporation’s plans are to only sell the Crosstrek PHEV in the 10 states that have adopted zero-emissions vehicle requirements, Colorado dealerships are telling customers. There are only nine states that have adopted California's ZEV program. They are Connecticut, Maine, Maryland, Massachusetts, New Jersey, New York, Oregon, Rhode Island, and Vermont. So unless you live in California or one of these states in the North East, you are out of luck.

The California zero emissions vehicle (ZEV) regulation requires automakers to offer a number of electric cars and trucks for sale with the number of vehicles is linked to the companies overall sales within the state. It forces automakers to spend their research and development dollars on all-electric technology.

Colorado is one state where Subaru has been popular and the Outback is the number-one-selling vehicle in the state. The Subaru Crosstrek is also a popular vehicle and it’s leading the brand’s stable of all-wheel-drive vehicles. Conservation Colorado, an environmental advocate, and Southwest Energy Efficiency Project (SWEEP), a public-interest organization promoting greater energy efficiency in the west, were both shocked when they heard Subaru won’t sell the new Crosstrek PHEV in Colorado.

Will Toor, the transportation program director for SWEEP told the Gazette, "Despite the fact that Colorado has some of the strongest consumer demand for electric vehicles, most car manufacturers don't sell all their electric models here. States that have adopted zero emission standard get up to three times as many models.”

The new 2019 Subaru Crosstrek won’t be sold were they are the most popular, in the Rocky Mountains and the state of Washington. Unless these states adopt tougher air-quality standards, environmentally conscious consumers who live in these regions won’t get any new fuel-stingy Crosstreks.

Will Galloway wrote on May 22, 2018 - 11:37am Permalink
That's a simple fix, a flight from Denver to LA is about $100 one way. We'll just fly out to California, pick up the car for a quick vacation and drive it back to Colorado.
Albert simcsak wrote on May 26, 2018 - 7:11am Permalink
It’s totally legal to do that you just have to pay Colorado sales tax
Lise MacLeod wrote on May 23, 2018 - 1:58am Permalink
I don't think it's that easy. Sounds like you have to be a resident of one of those states...just like Americans aren't allowed to buy models sold only in Canada. We live in Washington, a 2 hour drive from Oregon, but I think we would have trouble getting our hands on the Crosstrek PHEV. Might have to settle for the Mitsubishi AWD PHEV.
Albert simcsak wrote on May 26, 2018 - 7:09am Permalink
You can buy a car in whatever state you want you just have to pay the tax That applies in your home state
everetee wrote on July 2, 2018 - 10:47pm Permalink
Could you go buy it in California and bring it back to Colorado?
adm reynolds wrote on August 8, 2018 - 5:49pm Permalink
The issue may not be whether you can buy a Suburu PHEV in another state and then licience it a state where you live. The important issue may be whether you're local Suburu dealership will sevice the vehicle or not. You may be stuck with getting survice in the state where you bought it. Anyone know what Suburu's plan is on that issue???
C Levin wrote on January 21, 2019 - 6:08pm Permalink
I live in Florida. Can I buy a Suburu Cross Trek electric car in a state that sells them and return to my home in Florida and register it and have it seviced as well in Florida.
Diane Harris wrote on May 6, 2020 - 8:15pm Permalink
I'd like to know this as well as I'm currently looking at them.
Joe Williams wrote on November 22, 2020 - 9:29pm Permalink
The dealers in states that don't sell the phev crosstrek won't service them. It takes special training and equipment. Such crap. Thus would be a huge seller in Chicago
John Morris wrote on September 5, 2018 - 4:58pm Permalink
I live in Tennessee and want a Subaru PHEV. If I travel to New York and buy or lease one there and drive it home will I be able to have it serviced at my current dealer in Tennessee?
Steve wrote on November 7, 2019 - 7:18pm Permalink
I'm in WA. I sent an email to Subi North America, and pointed out that they are missing out on a golden opportunity to sell into states that don't require zero emissions, but are full of folks who WANT to buy this car. They said that any dealer can opt in to being a seller, but I've heard that they need to invest in the equipment necessary to service the electrical motors. I'm going to try to press my local dealer to opt in. Seems to me that they would more than make up the cost of the new equipment by being the only or one of the only dealers in WA who sell this car.
Nick wrote on December 31, 2019 - 11:15am Permalink
@Steve did you succeed in getting a dealer to sell them? I am in Seattle and also sent an email to Subaru corporate, and got the same response. Would be happy to try to help convince whatever dealer you've been talking with.
Cara wrote on January 29, 2021 - 5:31pm Permalink
I'd like to know as well.
Lise MacLeod wrote on January 31, 2021 - 7:29pm Permalink
We decided to get a used Prius that averages 56 mpg and keep our old 4WD Honda Pilot for the daily 3 mile trip onto the ocean beach. (My disabled husband can't do the walk) The Crosstrek gets a disappointing 35 mpg and only has an all-electric range of 17 miles. In Washington, buyers pay no sales tax on cars that can drive 35 miles or more on battery alone.
Alex wrote on April 29, 2021 - 11:17am Permalink
You are aware Oregon is on the west coast, right?
Lise MacLeod wrote on April 29, 2021 - 11:20pm Permalink
Astoria, Oregon is 103 miles from my house. So yes, I'm aware. I was just taking the headline at face value. I know non-American model cars can't necessarily be easily bought by Americans in Canada and brought home, so I was wondering if it was something like that. (Kind of snarky. )
P Miller wrote on August 14, 2022 - 7:12pm Permalink
Can a Calif. Subaru dealer service a Subaru Crosstrek hybrid with Colorado plates