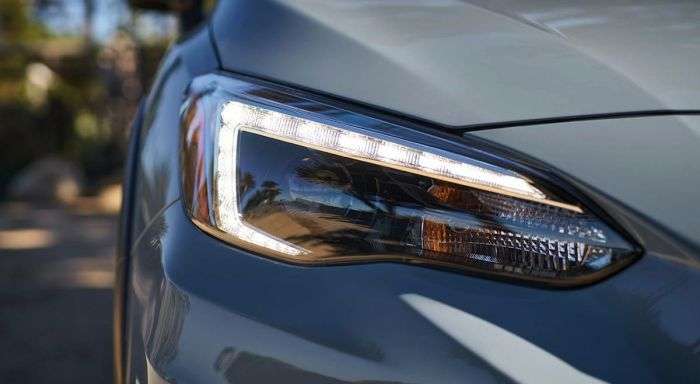 The 2019 Subaru Crosstrek is coming with plug-in-hybrid power. See how Subaru tapped Toyota for their technology.
Advertisement

Subaru of America (SOA) announced a new 2019 Crosstrek plug-in-hybrid is coming for consumers. The new PHEV all-wheel-drive Crosstrek will be built on the crossover’s platform and it was developed with Toyota technology.

Subaru will launch the new Crosstrek hybrid in the U.S. later this year, and Subaru chief technical officer, Takeshi Tachimori says, the Crosstrek plug-in hybrid will pull largely from the Toyota Prius Prime's system. Toyota’s ownership of 16.5 percent of Subaru, allows the small Japanese automaker to tap Toyota’s vast hybrid resources for their first-ever PHEV. ”For our plug-in hybrid to be introduced this year, we have used Toyota's technologies as much as possible," Tachimori said.

Up until now, Subaru hasn’t had an all-electric or plug-in-hybrid model in their lineup since they discontinued the Crosstrek hybrid in 2016. Tachimori said Subaru's participation with the Toyota, Mazda, Suzuki, Daihatsu, and Hino partnership will help streamline their PHEV and EV development. But Subaru is still their own brand and is not using Toyota technology 100 percent.

Subaru, with their own in-house electrification project, will tap Toyota Prius Prime technology but will use their own boxer engine, rather than the Prius Prime's transversely mounted Toyota powerplant. They could use a 2.0-liter Boxer engine like “e-Boxer” just announced for the new Japan-spec 2019 Forester Hybrid.

The fifth-generation 2019 Forester e-Boxer, announced for the Japan market, will be powered by the newly developed 2.0-liter direct injection engine coupled with an AC synchronous electric motor. Subaru says acceleration of the Forester e-Boxer will exceed that of the 2.5-liter gas model.

Crosstrek PHEV made for U.S. consumers

Subaru's new 2019 Crosstrek plug-in hybrid will be sold only in the U.S. to comply with California's zero-emission vehicle regulations. Toyota Prius Prime’s efficiency gives us an idea of what’s coming for the 2019 Subaru Crosstrek PHEV. The Prius Prime gets an EPA-estimated 133 MPGe, 640 miles total driving range and 54 combined city/highway mpg. Toyota says it also comes with 25 miles of EV Mode driving range. Prius Prime can be charged with a standard household outlet and charges in less than 5 hours 30 minutes.

Along with the first-ever 2019 Subaru Crosstrek plug-in-hybrid, an all-electric model is also being developed by the Japanese automaker. Subaru Corp filed a U.S. trademark patent for use of the name “Evoltis” which could be the nameplate for thier new EV set to hit the market sometime in 2021.