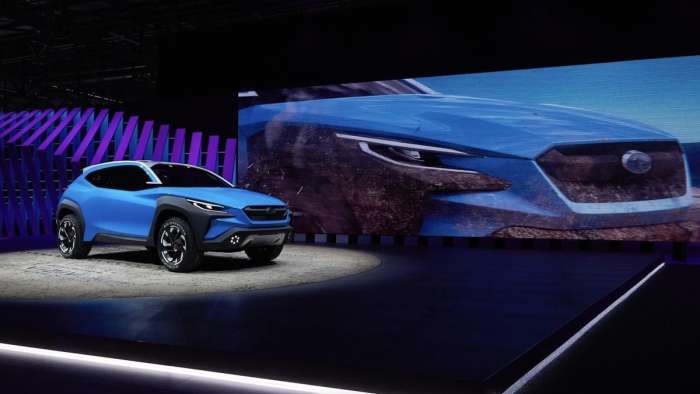 Subaru needs to get into the all-electric game and they will tap Toyota Motor Corporation to do it. Subaru and Toyota announced they will team up to jointly develop new mid-size and large C-segment battery electric vehicles (BEV). Subaru will produce these all-electric all-wheel drive vehicles under their own brand and they will use Toyota technology to move into bringing out new eco-performance models for their customers.

Toyota and Subaru are already partners in the BRZ/86 jointly developed sport coupes (Toyota owns a 16.77 percent share in Subaru Corp) and they team up again now to produce new midsize and large passenger electric vehicles.

In 2017, Torque News reported Subaru would join a new partnership with Toyota, Mazda, and Denso in order to acquire the basic technology needed to develop their new Subaru EV. Subaru will remain independent and produce their own unique electrified all-wheel-drive vehicles, but they will need Toyota to get there.

The joint project will help Subaru, the smallest Japanese automaker, to invest in and develop a lineup of all-electric, all-wheel-drive models in order to survive the global shift to lower-emission vehicles. Subaru already tapped Toyota’s hybrid-electric technologies to develop the 2019 Crosstrek plug-in hybrid that launched in the U.S. late last year.

Subaru will again use this partnership to design, test, and build components for their new shared electric-car platform. Recent reports say Subaru will likely develop their hybrid technology on their own, and use the electric drivetrain technologies from the partnership with Toyota for new all-electric Outback, Forester and Crosstrek models too. Customers can expect Subaru to introduce new all-wheel-drive, all-electric midsize and large passenger SUV nameplates in the U.S. market in 2021- 2022.

Subaru unveiled a new Adrenaline Concept SUV at the Geneva Motor Show earlier this year that gives customers an idea of what might come out of this joint venture, and it could be a new all-electric all-wheel-drive adventure vehicle. Stay tuned.

Denis Flierl wrote on June 6, 2019 - 7:54am Permalink
Should Subaru bring all-new nameplates, or use their existing vehicles when they launch these new electric vehicles?
Ed B wrote on June 6, 2019 - 11:28am Permalink
Sounds good - but it's about execution. Subaru should focus on the mechanics, etc. and leave the interior and exterior aesthetics to Toyota.
David wrote on June 17, 2019 - 4:00pm Permalink
Considering how FUGLY current Toyotas are, I will say no thanks. Toyota must have hired some Pontiac cast offs and that is not a compliment.
Digitaldoc wrote on June 6, 2019 - 11:44am Permalink
I think Subaru should keep this as a separate line. My concern is there won't be any cars with gasoline engines left otherwise. As I live in the suburbs, and like to take road trips, I am clearly not going to be an EV buyer. In short, they will have to pry my internal combustion engine from me as I am not giving up on it anytime soon. Mazda's Skactiv X engine is far more interesting to me.
Stephen LaBounty wrote on June 10, 2019 - 3:48pm Permalink
They don't feel as though they failed bad enough with the BRZ/FRS, so they are going to try to top it??