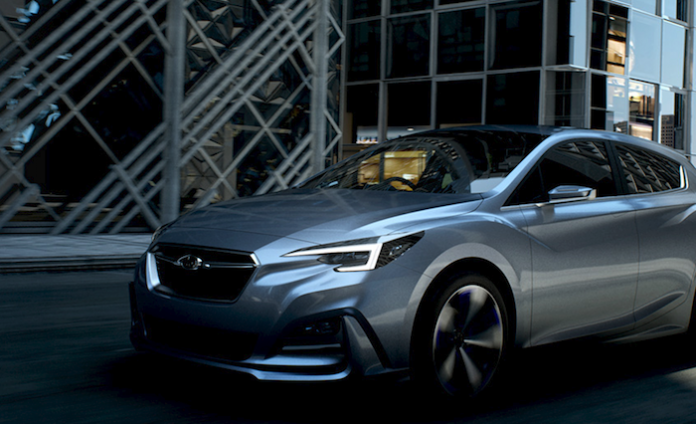 Subaru Corporation will join an EV partnership with Toyota and Mazda. When will Subaru unveil their new all-electric vehicle?
Advertisement

Subaru is developing a new all-electric vehicle (EV) and the small Japanese automaker will need help to get there. It’s been reported that Subaru Corporation with join the joint venture with Toyota and Mazda in the electric vehicle development companies jointly established by the two Japanese automakers. According to a report by The Asahi Shimbun Asia and Japan Watch, this will give Subaru the basic technology needed to develop a new EV that will launch in 2021.

Toyota owns 90 percent of the new company, while Mazda and Denso part- owners, invested 5 percent in the joint venture. Asahi says Subaru does not plan to make a capital investment “at this time, but we will consider more aggressive collaboration in the future.”

Subaru/Toyota already have a partnership

Toyota owns a 16.48 percent share in Subaru Corporation and they have other joint product developments such as Subaru BRZ and Toyota 86 built at Subaru’s Gunma plant in Japan. So the new EV joint venture with Toyota makes sense. Don’t look for the new partnership to produce a vehicle like the BRZ/86 collaboration. Subaru will use an existing model to produce their own new EV.

Subaru’s new EV will be developed using their new Subaru Global Platform (SGP). Subaru has already announced the SGP can be used to design a single concept for development of all models, adaptable to electrification in the future. All Subaru vehicles are able to be designed with gasoline engines, hybrid powertrains, plug-in hybrids, electric cars, and other types of alternative power units for which demand will increase further.

A new plug-in hybrid will make its global debut in 2018 and it will be built using an existing nameplate. Subaru has not released details on which model will get the new hybrid technology, but we are speculating it will be the new Crosstrek. The all-new 2018 Crosstrek is attracting the brand's youngest buyer, and millennials will be the most likely to buy this new fuel-saving vehicle.

A new Subaru electric vehicle is coming and it will arrive in 2021 possibly as a 2022MY. Subaru will use the basic technology from the Toyota/Mazda joint venture to develop their own new EV. The new Subaru EV will likely be built on an existing nameplate and not be an all-new vehicle.

Toyota's First EV Will Have a Name of BZ: Toyota BZ
First Videos From Inside The Boring Company's Las Vegas Loop
END_OF_DOCUMENT_TOKEN_TO_BE_REPLACED