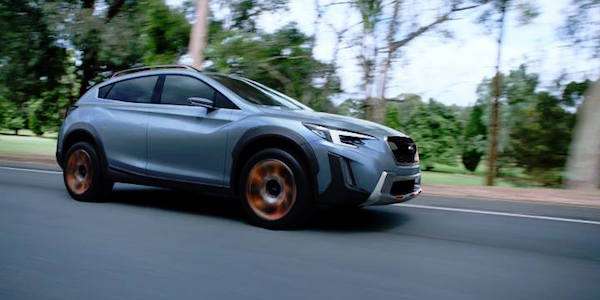 Subaru announced organizational and management changes that reflect their new electrified division. What is coming?
Advertisement

Subaru announced they are renaming certain departments to reflect their vehicle electrification efforts. The changes include organizational and management adjustments along with the department alterations. The first new model the electrified departments could produce? A 2018 Subaru Crosstrek plug-in hybrid.

What changes are coming at Subaru?

Subaru says the new global platform will allow the renamed departments to design a single concept for development of all models, adaptable to electrification in the future. All Subaru vehicles will be able to be designed with gasoline engines, hybrid powertrains, plug-in hybrids, electric cars, and other types of alternative power units for which demand will increase further.

Other new products will include a new 3-Row Crossover that will be sold in the U.S. and built at the newly-expanded plant in Indiana. It will replace the outgoing Tribeca and will fit well into Subaru’s all-wheel-drive recreation-purposed lineup. It could also be powered by a new plug-in hybrid powertrain.

Look for Subaru to first introduce a new plug-in hybrid for North America in 2018. It could be a new-generation 2018 Subaru Crosstrek. The new Subaru PHEV will be based on Toyota’s hybrid technology. After this, the new global platform will allow all their vehicles to be fitted with hybrid powertrains, plug-in hybrids, electric units, and other types of alternative power units. Things are changing at Subaru. Stay tuned.

For Some Former Daimler Managers Daimler Is Authority, While Tesla Is Like a Startup
How Daimler Unintentionally Subsidizes Tesla Giga Berlin
END_OF_DOCUMENT_TOKEN_TO_BE_REPLACED