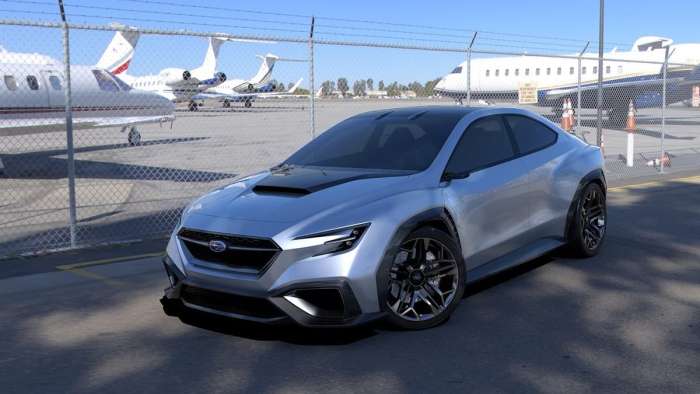 If reports out of Japan are correct the next-generation 2021 Subaru WRX STI will get a new turbo powerplant. See what could be coming for the STI.
Advertisement

Recent reports out of Japan’s BestCarWeb site gives new details on the next-generation 2021 Subaru WRX STI. This information has not been confirmed by Subaru Corp, so it’s still rumored at this time. We do know the next-generation WRX/STI is coming sometime next year getting major upgrades and the Subaru Global Platform.

BestCarWeb is reporting the new 2021 STI will be exchanging the EJ25 2.5-liter turbo Boxer for the new FA20 Direct Injection Turbo Boxer that currently powers the sport-tuned WRX sedan. The website says power will be increased to 315 horsepower, a bump of 5-hp from the current 2.5-liter turbo engine, and would produce around 325 lb-ft of torque. 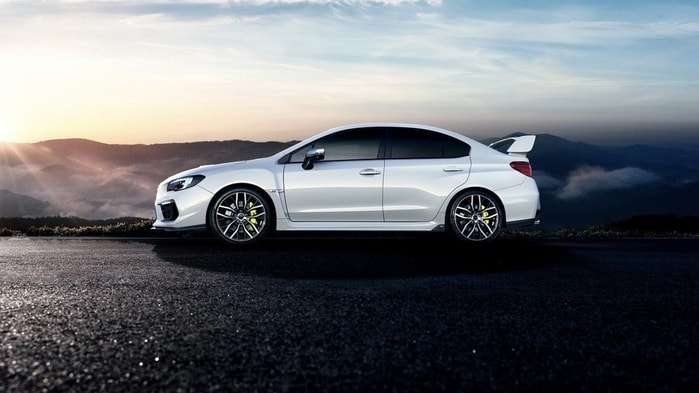 They say WRX and Levorg, at least in Japan, will be getting a newly developed 1.8-liter and 1.5-liter downsized direct-injection turbo Boxer. The 1.8-liter would produce 266 horsepower matching the WRX 2.0-liter output and the 1.5-liter will pump out 148 horsepower.

The report goes on to say, the STI will not be getting an automatic transmission option and will still be one of the few remaining vehicles to only be offered with a manual gearbox. The WRX will stay with the 6-speed manual and also the Lineartronic CVT automatic fitted with EyeSight driver assist. 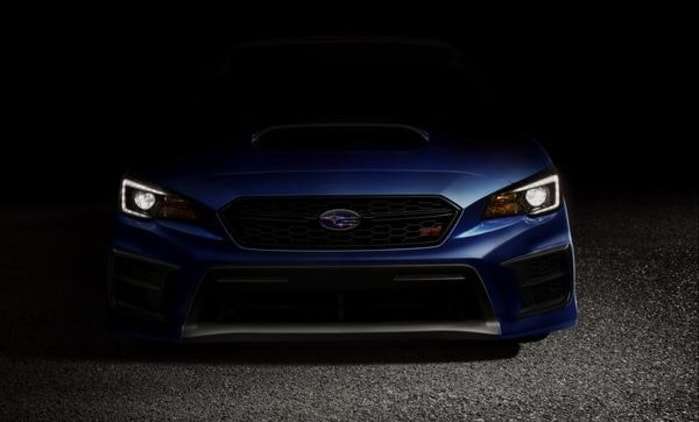 Earlier reports from Road & Track say the new 2021 Subaru WRX STI will be powered by the Ascent, Legacy and new Outback-sourced 277 horsepower FA24 2.4-liter turbo Boxer. Subaru Tecnica International would rework the internals and bump up horsepower and torque considerably if they use it in the next-generation WRX STI. 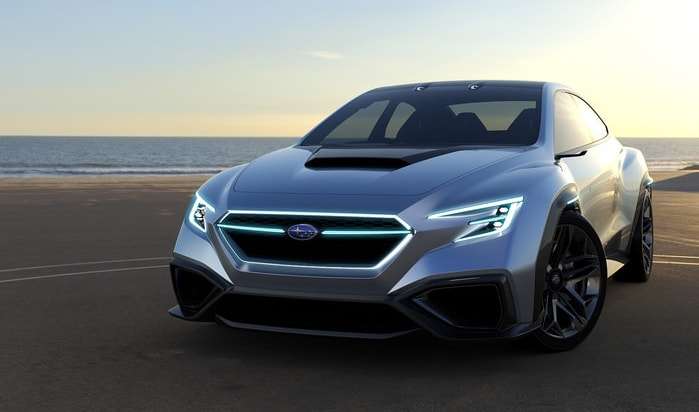 We are expecting the next-generation 2021 Subaru WRX in Concept form to break cover at the Tokyo Motor Show in October that will give fans a better idea of what the exterior styling will look like.

Of course, this is all speculation and has not been confirmed by Subaru Corp who has been quiet about the new performance sedan overhaul. Subaru needs to replace the aging 2.5-liter EJ25 Boxer in the fourth-generation 2020 Subaru WRX STI and a new turbocharged engine will likely get the nod. Stay tuned.

Denis Flierl wrote on September 1, 2019 - 6:27am Permalink
What changes does the next-generation WRX STI need for Subaru to hit a home run?
Kaloob wrote on September 1, 2019 - 7:08pm Permalink
350-400 Horsepower.
Jei wrote on March 5, 2020 - 6:59pm Permalink
Its about time... I GUARANTEE anyone who owns a newer STi will trade in / purchase a new 2021 if loaded with an FA24 making 400hp and close to 369 ft/lbs of torque. If they are smart and want to make even more money and for the sake of their honour..they need to up their game. The Type R civic has increased power by 50% from their older generation. If the next gen Sti makes at least 400hp at least thats a 33% increase to keep up with other current companies.
Brandon Allen wrote on September 3, 2019 - 1:02pm Permalink
The next gen STI needs to return to being the performance bargain global standard. in 2004, 300 ish HP was astounding in the mid 30k range. In 2021, even 315 hp is a joke especially since the car remains a bit unrefined and cheap feeling - barely an upgrade over the WRX which has become the new golden performance standard. Give the STI 350-400 hp and make it nice. I'd argue that a 400hp STI would sell more units at $45000 MSRP than a 315hp STI at the same mid-$30k range it has today especially if the next gen goes back to using basically the same engine as the wrx to get 10 more ponies. Go big or retire it all together and give the WRX a $6k or $8k factory performance package to replace it.
Joe wrote on September 20, 2019 - 9:38am Permalink
The STI would be perfect with 400 hp slightly longer 2nd , 3rd , and 4th gearing and or possibly a 7th gear for better fuel saving on highway driving and better engine longevity . . . And also keep pricing competitive but more towards the awesome bargaining side of thing . . . Thanks SUBARU for listening to your LOYAL CUSTOMERS ! ! !
DeanMcManis wrote on September 1, 2019 - 3:21pm Permalink
If they used the gorgeous VIZIV styling, then the new WRX would be a sold-out success! However I suspect that the new model will only be a mild refresh of the current model.
Digitaldoc wrote on September 1, 2019 - 11:44pm Permalink
The 1.5T that gets mentioned is too small for a WRX, but just the perfect size for the Impreza and Crosstrek as an optional engine to make more power, while preserving fuel economy.
Brandon Allen wrote on September 3, 2019 - 12:53pm Permalink
I think news stories are getting mixed up. The downsized engines are most likely japanese market only. 1.5L turbo specs match power of the naturally aspirated 2.0L engine but probably gets a lot more MPG. 1.8L turbo has long been rumored to go in the Levorg - I think the original Levorg was supposed to have a 1.8L right up until it's release. I'm betting we don't have clear news about US market changes.
Digitaldoc wrote on September 4, 2019 - 7:06pm Permalink
Agree no word about US market changes if any. Most likely we will keep getting the 2.0NA engine. I find it quite pedestrian, and underpowered for an AWD vehicle. What is disappointing is that Subaru does have these smaller displacement turbocharged engines in their stable, and we are not seeing any of them here stateside. I hope that changes one of these days soon.
Adam wrote on September 2, 2019 - 9:26pm Permalink
If only they would bring back the wagon...
SubaStar wrote on September 4, 2019 - 1:34pm Permalink
No more power? No more hatchback? No mild hybrid ? No modern gearbox? Subaru, my friend, do you know you have some competitors now, doing muuuch better than what you announce ? Do you remember you've been the pionner in that "street legal rally cars" category? and now you give up? Com'ooon!
Zozzle wrote on September 8, 2019 - 1:47pm Permalink
Well technically Subaru still does offer a hatchback/wagon variant of the WRX - known as the Levorg, and only sold in RHD countries like Japan, Australia, NZ and UK
George j. wrote on September 15, 2019 - 8:31pm Permalink
400 hp. AUDI quality interior and 2 dr. and 4 dr. configurations. The 2 dr. is for total performance and the 4 dr. has both.
Rick wrote on October 8, 2019 - 12:33am Permalink
As a previous owner of a BRZ I can say that while I love Subaru’s technology and all-wheel drive systems but they are the Birkenstocks of the automotive world. If Kia and Mazda can create truly beautiful cars then why can’t Subaru? If only they would make a visually stunning WRX. It would outsell any sports sedan south of $60,000.