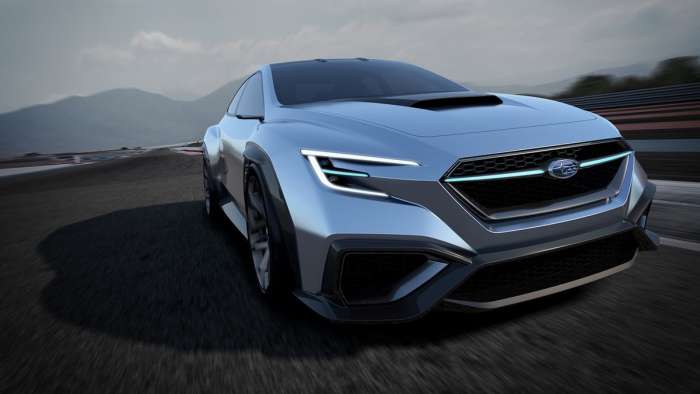 The next-generation 2021 Subaru WRX STI is coming, but when? A new WRX concept could be unveiled at the Tokyo Motor Show in October.
Advertisement

Subaru has used the Tokyo Motor Show to show their future models and they could use the venue running October 24- November 4, 2019 to reveal a next-generation WRX STI performance car. According to Forbes, and Car and Driver, a new WRX concept is expected to surface at the Japan show. The VIZIV Performance STI Concept (Vision for Innovation) broke cover in January 2018 at the Tokyo Motor Salon at it was a hit with performance fans. 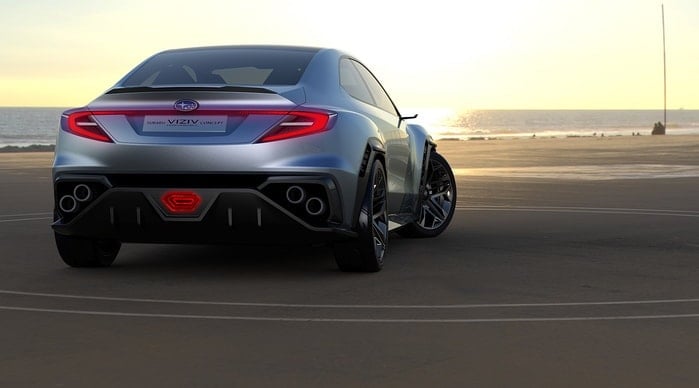 Subaru has been quiet, but the next-generation model change will likely be unveiled next year possibly at the NAIAS in Detroit in June with a launch late next year as a 2021 model. None of this has been confirmed by Subaru Corporation.

The new sport-tuned WRX and performance-tuned WRX STI will ride on the Subaru Global Platform that all new-generation models are getting. The new platform will be stiffer and will give the STI an even lower center of gravity improving driving dynamics. Other improvements will be felt with less vibration and heard in a quieter cabin. 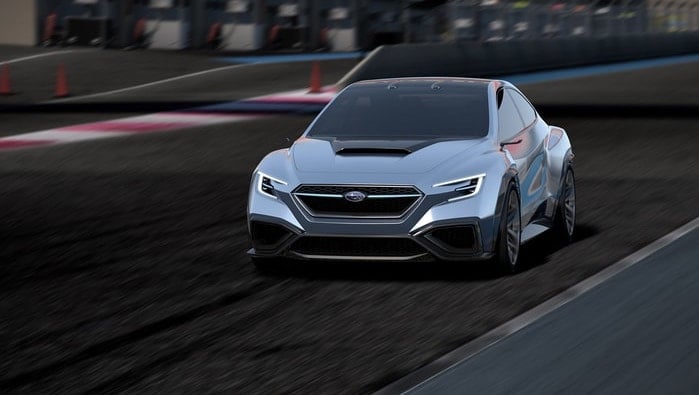 The new 2021 Subaru WRX STI could get the new Subaru FA-series DIT Boxer engine. The 2.4-liter turbo four-cylinder is now used in the new Ascent, and new-gen Outback and Legacy models making their dealer launch this fall. The WRX will continue with the FA20 2.0-liter turbo engine with a small bump in horsepower and torque.

With the Mitsubishi, Renault-Nissan alliance, the Evolution performance car could be making its return after a five-year hiatus and provide new competition for Subaru. Subaru has been focused on their all-wheel-drive SUVs and crossovers and a new EVO all-wheel-drive performance car would revive the STI/EVO rivalry and be just what Subaru and Subaru Tecnica International need to get their creative juices flowing again. 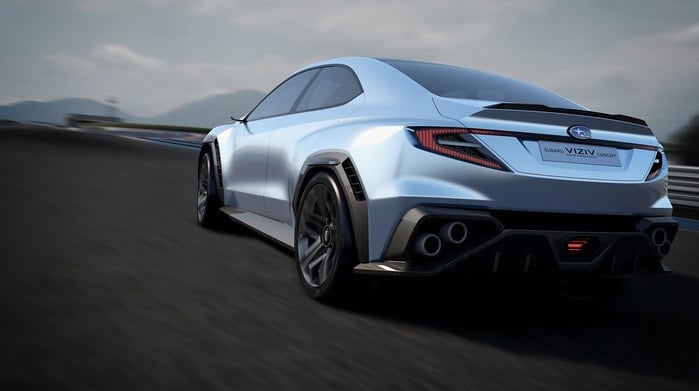 Bookmark the TN Subaru page and be sure to follow new 2021 Subaru WRX STI model change reports on Facebook, Twitter, Instagram, Subaru Report. Tweet your Subaru news tips to us @WRX_STI_News and we'll give you a shout out! Be sure to check back tomorrow for more Subaru news and updates!

Denis Flierl wrote on August 12, 2019 - 7:21am Permalink
Will Subaru bring the next-gen STI with enough to get fans excited again?
Tom Smith wrote on August 12, 2019 - 4:30pm Permalink
Nope. Also, it will look nothing like the concept car. If you take parts from the new legacy and forester you will get the new WRX. Subaru is a parts bin company.
Daniel R Masterson wrote on August 13, 2019 - 10:18am Permalink
I am excited for the next gen. I really really hope they bring back the hatchback cause if so I'll buy 2
Michael Blackwell wrote on August 13, 2019 - 9:30pm Permalink
I'm tired of Subarau wetting my appetite with these mouth watering designs and not delivering I have waited several years but have now decided to look at other manufacturers
Holger Kuehn wrote on August 31, 2019 - 1:55pm Permalink
As long as they are selling cars at their current rate,they do not take chances unfortunatly.I had an 2003 WRX and since than I was hoping for a great design and waiting........also they are very limited in engine size.
Eric Joshua Dad... wrote on September 12, 2019 - 12:12am Permalink
I can't wait to see this new Gen Sti and the new Evo 11... let the All wheel drive beast from Japan #TeamEmperor let's go!!

Tsingshan's Threat to Tesla: EV Maker Is In Battery Crosshairs
Tesla-Funded Research Reveals One of The Biggest Mysteries of EV Battery
END_OF_DOCUMENT_TOKEN_TO_BE_REPLACED