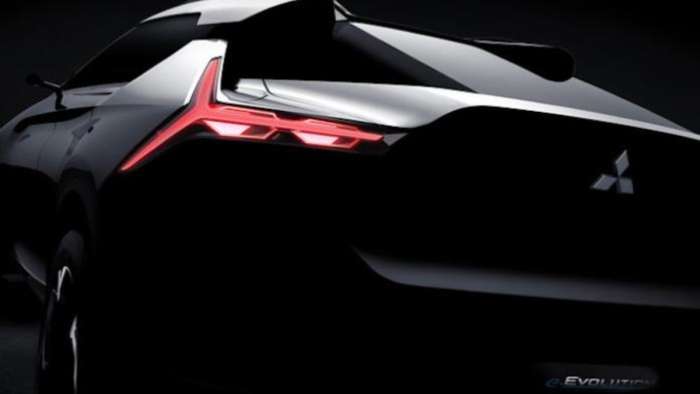 It’s still a rumor, but if Mitsubishi brings back the Evolution sports car, it would be a boon for the next-generation 2021 Subaru WRX STI.
Advertisement

The aging Subaru WRX STI needs upgrades and it also could use a little competition. According to a report from AutoCar, as a result of the Mitsubishi, Renault-Nissan alliance, the Evolution performance car could be resurrected soon and provide just what Subaru needs. Since Mitsubishi dropped the EVO in 2016, Subaru has been complacent thinking they had the small performance sedan market all locked up. Aside from the Honda Civic Type R, there isn’t much competition for the Subaru STI.

But that could change if the report is accurate. The Evolution X successor would get the turbocharged 2.0-liter four-cylinder engine sourced from the next-generation Renault Megane RS coupled with a dual-clutch gearbox and Mitsubishi’s excellent S-AWC four-wheel drive system. 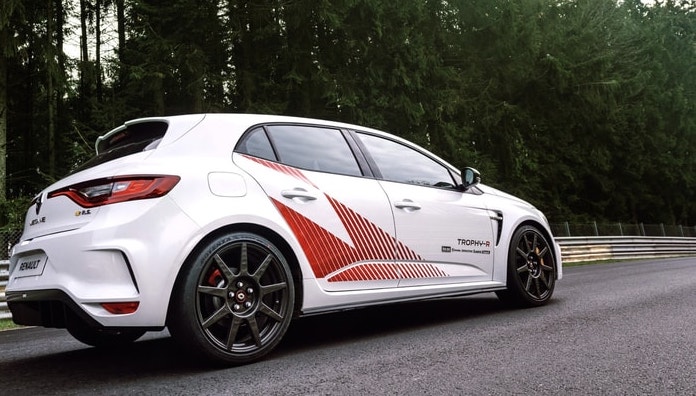 The Renault Megane RS MR in its current form produces 296 hp and 295 lb-ft of torque. But if Mitsubishi drops in a 48V electric hybrid system being developed for the Renault-Nissan-Mitsubishi alliance, the Evolution XI could pump out around 341 hp and 319 lb-ft of torque. 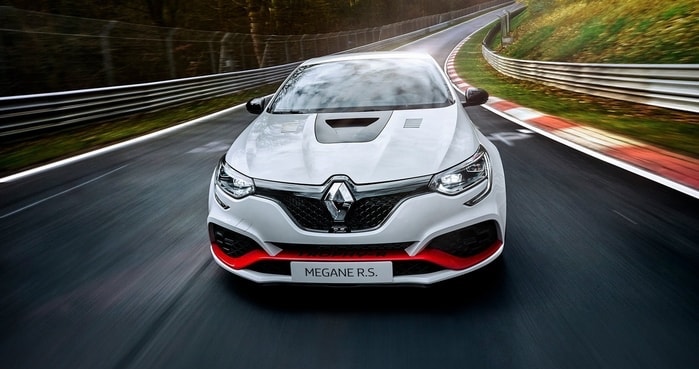 Competition is good for STI

Subaru Tecnica International could use some fierce competition from a new Mitsubishi Evolution performance car. It would be the best thing for Subaru. The STI needs a complete remodel and what better motivation to bring a new model. STI needs at least five things to stay competitive.

The STI needs to drop the aging EJ25 2.5-liter engine a bring an upgraded FA20 2.0-liter turbocharged Boxer engine with internal modifications and additional horsepower and torque. Reports say Subaru could use the new Ascent-sourced turbo 2.4-liter Boxer as its new STI powerplant. 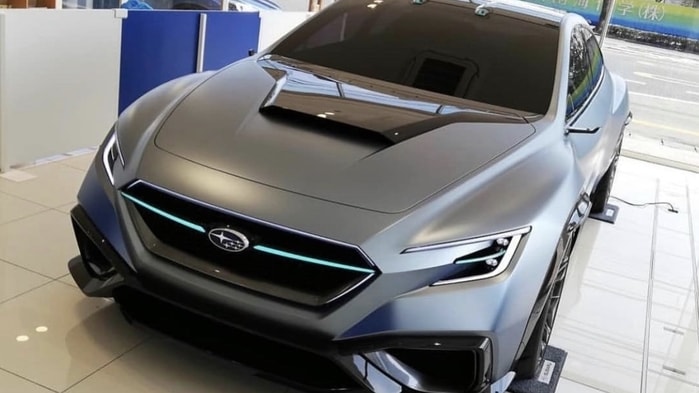 The all-new fifth-generation Subaru WRX STI also needs a new exterior design language similar to the VIZIV Performance Concept car introduced at the Tokyo Motor Show. Subaru needs to bring back the 5-Door hatch STI that fans have been asking for it since it was dropped in 2015. The new WRX STI needs new tech inside the cabin similar to what the 2020 Outback and Legacy are getting.

The 2019 Subaru WRX STI comes with only one gearbox, the 6-speed manual rower. It’s a good transmission for performance enthusiasts, but Subaru could take the performance of the STI up a notch with a new direct-shift gearbox commonly known as a DSG. If Subaru wants to seriously upgrade the performance sedan, they should develop a six-speed variant like VW Golf R’s DSG.

If the new Mitsubishi Evolution XI becomes reality, it will be the best thing that could happen to the all-new 2021 Subaru WRX STI. The competition will fuel new creativity that will keep the rivalry going for decades.

Denis Flierl wrote on July 1, 2019 - 7:00am Permalink
What changes do you want Subaru to make to the next-generation STI?
Phil wrote on July 1, 2019 - 12:03pm Permalink
- Available as a coupe - Luxury interior option - More colour options - The iconic gold rims - Twin turbo I long for the old Imprezas that were more compact and nimble; the new ones are so oversized. I love the 22B Coupe for example - it was a fantastic design. If they brought back an STI resembling the 22B coupe, it'd be a dream to have it in forest green with a sporty brown leather interior and those classic gold Impreza rims. A 2.0L H4 with twin turbos would be the cherry on top, combined with Subaru's timeless AWD system.
Steve wrote on July 1, 2019 - 5:37pm Permalink
This. ^^ You couldn't have said it better, Phil
Nick wrote on July 1, 2019 - 11:57pm Permalink
I would trade my beloved baja for the (non existant) car you're describing.
Marty Q wrote on July 1, 2019 - 2:33pm Permalink
HP needs to be bumped another 30hp along with TQ increase as well. Also the front seats need to hold the driver and passenger in place better. Recaro uppers and same old Subaru cheesy bottoms don't cut it.
WRXDave wrote on July 2, 2019 - 12:18pm Permalink
I would like to see a couple of variants, including: electric turbo/superching In a direct injection engine, 6 or 8 speed direct/paddle shifting transmission w/2 stage clutch, A gas electric hybrid which uses full el cystic drive, a mid sized battery pack meant to deliver the variable power levels needed & a gas engine (or turbine) which can run at a single optimized & highly efficient speed fairly constantly to charge the battery pack (think Tesla with a built in multi-fuel engine driven charging station built into it). Being designed to run at 1 speed the recharging engine can be made incredibly efficient (with very low emissions) while the performance could be Tesla level without needing a battery pack as large (& heavy) or having the need to charge limit its useable/functional range. I do like the potential that is represented by a multi fuel turbine driven charging engine, able to run on anything including Gas, Diesel, Jet-A, propane/butane/LNG or even hydrogen to allow the greatest flexibility and the ability to have extremely low emissions/CO2 output compared with traditional gas engines & hybrid drive systems. These types of revolutionary (instead of incremental) changes could make the WRX, WRXe & STIe back on top of the performance and technical hills. Just my 2cents...
Vinny wrote on July 1, 2019 - 5:02pm Permalink
Golf R. Just saying.
Dom wrote on July 1, 2019 - 7:04pm Permalink
Get rid of the dumb looking GIANT wing on the back and bring back the STI hatch. Leave it manual gearbox only too. If you can't drive stick then go buy a minivan, you're not worthy of STI performance.
Thrael wrote on July 2, 2019 - 1:15am Permalink
amen to the hatch, my 2009 battlewagon needs to evolve.. sedan sti without wing is an option, but get back to the fast hatch! sti > evo
Phillip wrote on July 2, 2019 - 6:46am Permalink
Keep the Subaru a manual. None of this hybrid stuff either. Mitsubishi needs to follow suit; manual gearbox and no hybrid. While hybrids are all fine and dandy and CVT's can work (unless you're Nissan), they just don't have a place in a performance car. The sound of an electric motor isn't exactly intimidating.