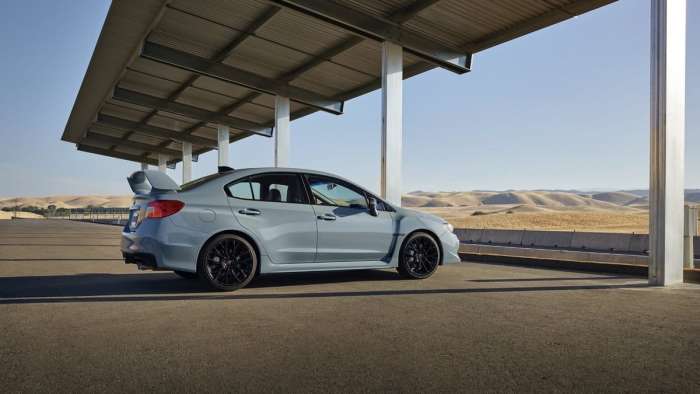 According to Forbes, the 2019 Subaru WRX STI performance car is one of 10 cars you don't want to buy.
Advertisement

Forbes says there are 10 cars in 2019 that you do not want to buy and should avoid at all costs. The sport-tuned 2019 Subaru WRX and performance tuned WRX STI make the top cars to avoid list 2019 at number 10. Forbes says they wouldn’t recommend these cars to their friends or relatives so that means you don’t want them either.

Forbes based most of its ranking on the most-recent new-vehicle reports from Consumer Reports and dependability and initial quality scores from J.D. Power’s owner surveys. They also put weight on a number of other reviews and their own test drives.

What’s wrong with the WRX/STI?

According to Forbes, the WRX and WRX STI is basically a rally car version of the Impreza compact and you need to be a “certain disposition” to enjoy it. They say it has a “skittish demeanor” that feels underdeveloped when held up against “more sophisticated performance-minded models.”

They also say the WRX ($27,195) and WRX STI ($36,595) are too pricey compared with other models. They cite Consumer Reports giving it a low overall rating among sports cars, and poor ratings for reliability from CR and J.D. Power, ranking it below average for initial quality. Forbes says you are better off buying a Subaru BRZ, Toyota 86, or a Honda Civic Si or Type R.

Forbes says the new cars, trucks, and SUVs to avoid for 2019 are as follows in order of ranking from one to ten. Number one is the Alfa Romeo Giulia, followed by the Dodge Journey, Fiat 500L, Fiat 500X, Jeep Renegade, Land Rover Discovery Sport, Mitsubishi Mirage, Nissan Titan XD, Smart EQ ForTwo, and number 10, the Subaru WRX and WRX STI.

We do agree Subaru needs to get a handle on the reliability factor and quality issues the WRX STI has had. We couldn’t disagree more with Forbes on the WRX and WRX STI performance handling and overall driving dynamics. The car is for those who want a dynamic driving experience, not a refined ride. Its rally-inspired all-wheel-drive technology and Subaru turbo Boxer engine that sits low in the chassis is what sets the car apart. The 2019 Subaru WRX/STI does have some issues, but they are still the most affordable fun sports cars in the world.

You May Also Like: Is Subaru The New Extreme AWD Off-Road Brand?