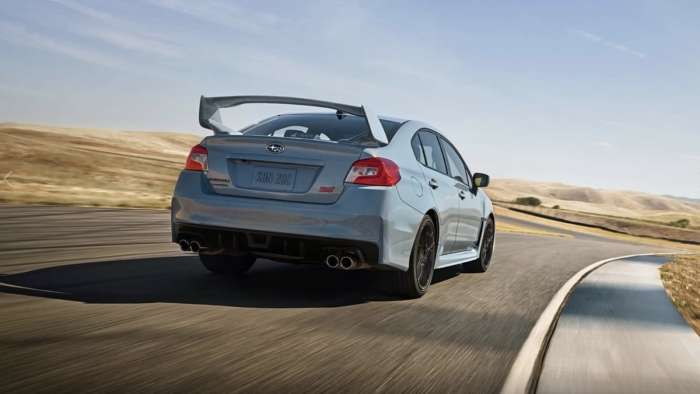 WRX STI Is Least Reliable Subaru; What Is Dragging The STI Down?

Subaru is the #1 Car Brand according to Consumer Reports, but the Subaru WRX STI is the least reliable Subaru in the stable. See what is dragging the STI down.
Advertisement

Subaru WRX STI owners have had plenty to complain about, and it's the 2.5-liter turbo engine that has been dragging the STI down. Even though Subaru tops Consumer Reports overall brand rankings chart this year for the first time ever, the WRX STI gets bad marks for reliability. The Japanese automaker jumped up six spots knocking off last year's # 1, Genesis luxury brand “off its perch.” Consumer Reports says it was Subaru’s strong predicted reliability and owner satisfaction marks that launched Subaru past Genesis, Toyota, Lexus, Porsche, Honda, and BMW. But CR also says the Subaru WRX STI had a much-below-average predicted reliability

Subaru of America (SOA) has been hit with a slew of engine lawsuits recently for the STI 2.5-liter turbo engine that dragged the STI’s reliability down. Subaru has been dealing with four 2.5-liter turbocharged Boxer engine failure lawsuits brought by Subaru WRX STI owners in California, Michigan, and New Jersey and SOA has been trying to prove the turbo boxer engines in 2012-2017 WRX STIs don’t have a design flaw causing catastrophic engine failure.

Subaru WRX/STI owners, contended in the lawsuit, the 2.5-liter turbo engine had a defect which allowed contaminated oil to carry “damaging metal debris through the engines” and Subaru knowingly sold the cars with defective parts that led to engine failure. The motion said, "Plaintiffs alleged that defendants were aware of this engine defect, but failed to disclose it to consumers.”

The Camden, N.J. automaker recently settled the lawsuits, but Subaru of America is denying any wrongdoing but wanted to settle so they can move on. Subaru agreed to reimburse all class members for 100 percent of all out-of-pocket expenses they incurred for parts and labor that they paid to a Subaru dealer for the cost of a qualifying repair performed during the extended warranty period.

Even though the Subaru WRX STI performance sedan is the least-reliable vehicle in Subaru’s all-wheel-drive stable because of its EJ25 2.5-liter turbocharged Boxer engine, it wasn’t too much to keep the new 2019 Subaru Ascent, Forester all-wheel-drive SUVs from pushing the brand to the #1 Best Car Brand ranking in 2019.