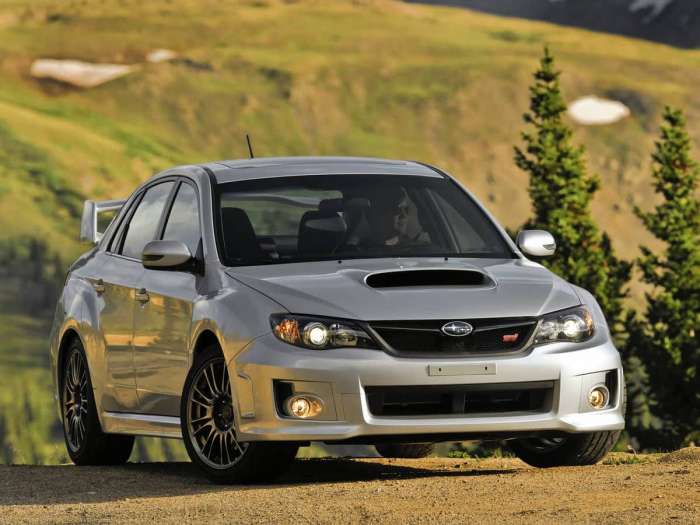 Subaru settles a lawsuit against the 2012-2017 Subaru WRX/STI equipped with the 2.5-liter turbocharged engine. See what the plaintiffs get.
Advertisement

Subaru was hit with three lawsuits last year claiming there’s an engine defect in 2012-2017 WRX and WRX STI models equipped with the EJ25 2.5-liter turbocharged Boxer engine. A report from Law360 says the lawsuit has been settled following months of discovery.

Subaru WRX/STI owners, contended in the lawsuit, the 2.5-liter turbo engine had a defect which allowed contaminated oil to carry “damaging metal debris through the engines” and Subaru knowingly sold the cars with defective parts that led to engine failure. The motion says "Plaintiffs alleged that defendants were aware of this engine defect, but failed to disclose it to consumers.”

The proposed settlement was reached with Subaru of America “following months of negotiations and discovery.” Owners who filed the lawsuit asked a New Jersey federal judge last week to approve a settlement that includes reimbursement for certain out-of-pocket repairs and compensation to those who sold or traded in their vehicles.

According to the motion for preliminary approval of the settlement, class members will also receive a warranty extension providing free repairs for a period of eight years or 100,000 miles, whichever comes first, which is double the length of Subaru's new vehicle limited warranty, and a notable increase over Subaru's powertrain limited warranty (5 years or 60,000 miles).

The report says Subaru WRX/STI owners who traded in their vehicle “With a qualifying failure prior to obtaining a repair are also eligible for reimbursement. Class members must submit a claim form proving they presented the vehicle to an authorized Subaru dealer with a qualifying failure, that they subsequently sold or traded it un-repaired and that, based on the Kelley Blue Book value, they received less than fair market value by comparing the prevailing Kelley Blue Book value at the time of the transaction, up to a maximum of $4,000.”

Subaru will agree to reimburse all class members for 100 percent of all out-of-pocket expenses they incurred for parts and labor that they paid to a Subaru dealer for the cost of a qualifying repair performed during the extended warranty period.

2012-2017 Subaru WRX/STI class action members will be notified by mail and Subaru will also set up a dedicated website that will include the notice, claim form, settlement agreement and other relevant documents. "We are very pleased with the settlement and believe it will provide significant relief to class members," Matthew D. Schelkopf of Sauder Schelkopf LLC, lead attorney for the plaintiffs,” told Law360 last week.

Tesla Giga Berlin's New Hurdle: It's Not Only the Gov't, but Now Tesla Itself
Teslas Are Sold Out Until 2023, But The Timing May Reverse
END_OF_DOCUMENT_TOKEN_TO_BE_REPLACED