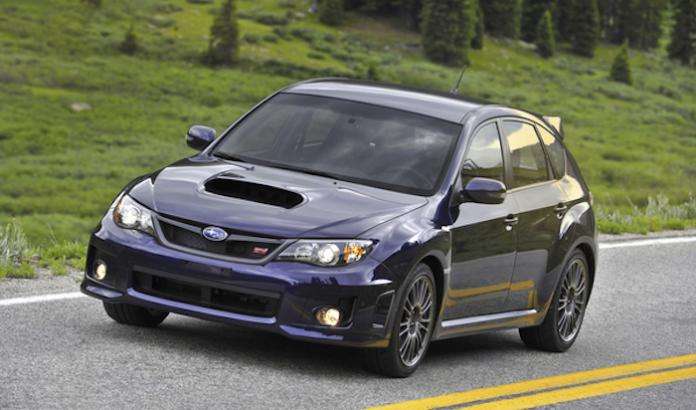 Last year Subaru was hit with an oil consumption lawsuit, now there’s a second class-action lawsuit against Subaru of America claiming there’s an engine defect in 2013-2014 WRX and WRX STI models. Both 2013-2014 WRX and WRX STI models are powered by a 2.5-liter boxer turbo engine that the suit contends have a defect which allows contaminated oil to carry “damaging metal debris through the engines.”

According to a report by The Courier Post, the class-action lawsuit was filed last week by McCune Wright Arevalo LLP after an “extensive investigation by our firm during the past year," said attorney Matthew Schelkopf at the law firm's East Coast offices in Berwyn, Pennsylvania.

The California-based law firm, filed the class-action lawsuit in the name of Vincent Salcedo, who says his 2013 Subaru WRX developed a "knocking sound”, then broke down on a California highway in July, 2017. The lawsuit claims the 2.5-liter engine was damaged due to a "an insufficient supply" of oil to coat connecting rod bearings caused by metal shavings in the oil. The lawsuit contends this caused connecting rods to fracture, releasing "large amounts of metal debris" that caused the engine failure.

Salcedo, who lives in California, paid $5,700 bill to repair the damaged engine, and the lawsuit says Subaru offered to pay $2,000 of that amount as a “goodwill gesture.” The new lawsuit, contends Subaru failed to disclose the WRX and WRX STI engine problem to consumers, and says numerous people have experienced engine damage and "catastrophic" failure while driving affected vehicles, "placing themselves and those around them in immediate danger.”

This is the second lawsuit brought against Subaru of America. Last year, the Cherry Hill automaker settled a suit alleging excessive oil consumption in their Forester, Impreza, Crosstrek, Legacy and Outback models made from 2011 through 2015.

The newest class action lawsuit wants Subaru of America to notify consumers of the alleged defect and to reimburse owners for repairs and other expenses. With thousands of 2013-2014 WRX and WRX STI sedan and hatch models on the road, the suit says there’s the potential to cost Subaru more than $5 million. Michael McHale, Director of Corporate Communication for Subaru, said Friday they are “investigating the claims.” Stay tuned.