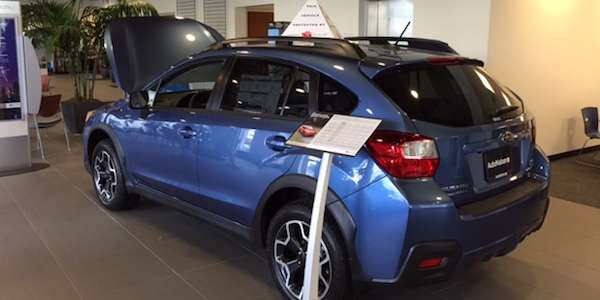 Subaru’s oil consumption class action lawsuit has been settled, What did the plaintiffs receive?
Advertisement

Some owners who filed a class action lawsuit against Subaru of America (SOA) will get new engines out the final settlement. The lawsuit was filed because owners claimed some 2011-2015 Subaru Forester, Outback, Crosstrek, Impreza and Legacy models were using excessive amounts of oil between normal services.

Some owners get new engines

U.S. District Judge Jerome Simandle, in Camden, NJ signed off on the agreement Wednesday. According to the settlement, even though they admitted no wrongdoing, Subaru of America has agreed to put a “redesigned” $4,000 boxer engine in some of the vehicles found to burn excessive oil. These engines are likely a new-generation engine Subaru developed for all their vehicles.

More than 665,000 people owned or leased 2011-2015 Forester, Outback, Crosstrek, Impreza and Legacy models, according to the suit. Subaru spokesman Michael McHale said, its vehicles were "properly designed, manufactured, distributed, advertised, warranted and sold.” We believe that by this settlement, Subaru has affirmed its reputation for standing behind its products and taking care of its customers.”

Subaru also says "more than 98 percent of the settlement class vehicles (Forester, Outback, Crosstrek, Impreza and Legacy models) have not experienced, and will not experience, any oil consumption concerns.”

Because of the settlement, Subaru will also offer free oil-consumption testing and reimbursement for past expenses, including “certain repairs and replacements of engine components.” They will also extend warranty protection for problems related to excessive oil consumption. The settlement calls for Subaru to pay up to $1.5 million to attorneys who sued the Japanese automaker. They will also pay the nine named plaintiffs $3,500 each in incentive awards.