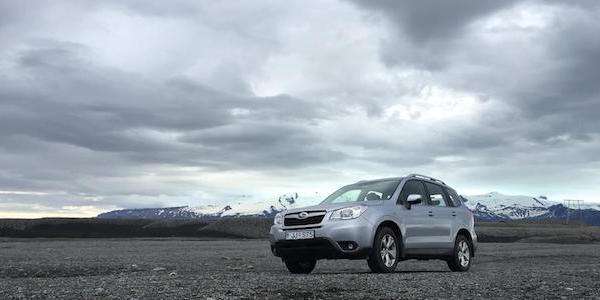 Subaru has agreed to settle in the oil consumption lawsuit filed against them in 2014. What will Forester, Outback and Crosstrek owners get in return?
Advertisement

Owners of Subaru Forester, Outback, Crosstrek, Impreza and Legacy are getting compensation from Subaru from the oil consumption lawsuit filed against them. According to Law360, Subaru of America (SOA) has agreed to compensate the drivers who filed the class action suit. SOA agreed to extend warranties and reimburse drivers for certain out-of-pocket costs from the alleged defect that is causing their vehicle’s engines to use excessive amounts of oil.

Last week, the drivers in the lawsuit told Law360, Subaru has agreed to extend its 5 year, 60,000-mile warranty in respect to the alleged defect to an 8 year, 100,000-mile warranty. SOA will also reimburse certain expenses for vehicle repairs, rental cars, towing and the purchase of up to six quarts of oil per vehicle with appropriate proof. According to the report, the drivers urged the court to grant preliminary approval of the settlement and schedule a final approval hearing.

Subaru owners are happy with the settlement

The Subaru owners appear to be happy with the settlement and said the agreement will provide most proposed class members with the same amount of compensation they would have obtained if the case went to trial. Subaru also agreed not to oppose up to $1.5 million in attorneys’ fees and costs associated with the case. They will also pay the nine named plaintiffs $3,500 each in incentive awards. Matthew D. Schelkopf, an attorney for the drivers, told Law360 in an email sent last week, “We are very pleased with the terms of the proposed relief for class members under the settlement agreement.”

Subaru makes it right with these nine named plaintiffs

Subaru knew there was a problem with certain Subaru engines and they needed to make things right with these customers. This settlement shows they are doing that. The report says, Subaru believes “the settlement is in the best interests of their respective clients.” What will this mean for Subaru owners who are still experiencing excessive oil consumption?

In the report by Law360, according to the proposed settlement of the lawsuit, Subaru also agreed to offer a free oil consumption test for all current owners and lessees and perform any technical service bulletin repairs connected to the alleged defect. Yet this is not anything more than Subaru has already been doing. Current owners who are having this issue will continue to deal with their Subaru dealer to get their individual problem addressed. This settlement will not help those still dealing with excessive oil consumption. The vehicles affected most seem to be 2011-2014 Forester (2.5-liter engine), 2013 Legacy (2.5-liter engine) 2013 Outback (2.5-liter engine) 2012-2013 Impreza (2.0-liter engine) and 2013 XV Crosstrek (2.0-liter engine). Check with your Subaru dealer for any new technical service bulletin repairs connected to the “alleged” defect.

Tesla Contemplates A New Strategy for China Retail even As Sales Boom
Jay Leno on Elon Musk & EVs: “I Think He Should Get ... Credit"
END_OF_DOCUMENT_TOKEN_TO_BE_REPLACED