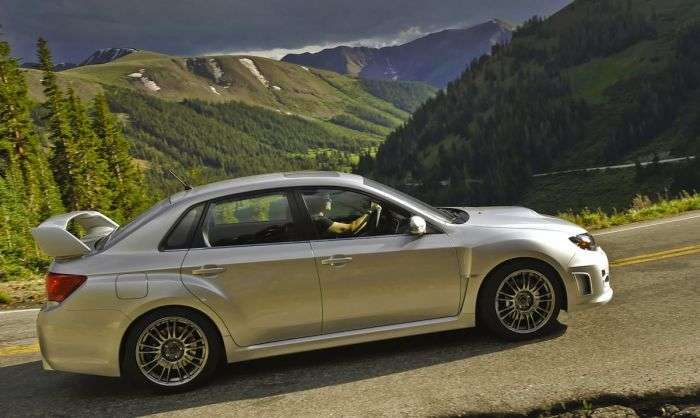 Subaru of America is facing another lawsuit over alleged engine defects in the 2009-2014 WRX and WRX STI performance models. Both models are powered by a 2.5-liter turbo boxer engine in which the newest lawsuit contends a flaw in the pistons causes premature engine failure.

This is the third lawsuit against Subaru’s WRX and WRX STI performance cars in the last six months. In October of last year, Torque News reported Subaru of America (SOA) had a lawsuit filed against them claiming "an insufficient supply" of oil to connecting rod bearings caused engine failure from metal shavings in the oil in 2013-2014 WRX and WRX STI models. In December, a second lawsuit was filed claiming a crankshaft defect can cause “premature catastrophic engine failure” in 2009-2014 Subaru WRX and WRX STI powered by a 2.5-liter turbo boxer engine.

The Courier Post reports a third lawsuit has been filed again Subaru of America. The article says, 2009-2014 WRX and WRX STI performance models have “improperly designed and manufactured pistons.” The lawsuit contends cracks in the piston ring lands, (separations between the piston rings) can cause complete engine failure and subject owners to costly repairs.

This third lawsuit was filed last week on March 18, by Christopher Thompson, a Subaru WRX STI owner from California, who is seeking more than $5 million in damages. Thompson’s attorney, Gary Graifman with the law firm Kantrowitz, Goldhamer & Graifman, P.C. of Chestnut Ridge, New York, declined to comment in the Courier Post story.

The third lawsuit says Subaru Corporation used modified 2.5-liter engines from Forester XT and some Outback turbo models and pumped up performance to provide nearly twice as much horsepower for the WRX and WRX STI models. The lawsuit contends the changes in the high-performance cars were made in a way that was cheaper for Subaru but “did not include necessary internal engine modifications to prevent damage to the piston ring lands and left the piston “more brittle” leading to engine failure. The suit also alleges Federal clean air standards led the Japanese automaker to make adjustments “that further strained the already overstressed internal engine components.”

All three of the lawsuits assert Subaru of America and Japanese parent company, Subaru Corp., concealed the alleged problems from customers. With thousands of 2009-2014 Subaru WRX and WRX STI sedan and hatch models on the road, there’s the potential to cost Subaru millions. Michael McHale, Director of Corporate Communication for Subaru, told the Courier Post, "We deny the claims and point to the long history of WRX sales" he said Wednesday. Stay tuned.