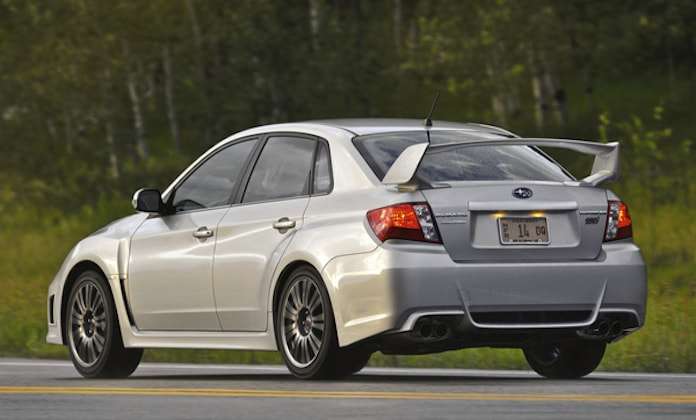 Subaru is under fire this week as their WRX/STI 2.5L engine is under attack again. They were just hit with another class-action lawsuit, the second time this year, against their WRX and WRX STI performance cars. In October of this year, Torque News reported Subaru of America (SOA) had a lawsuit filed against them claiming an engine defect in 2013-2014 WRX and WRX STI models. Now, The Courier Post reports a second lawsuit was filed this week claiming a crankshaft defect can cause “premature catastrophic engine failure” in 2009-2014 Subaru WRX and WRX STI powered by a 2.5-liter turbo boxer engine.

This second lawsuit was filed on behalf of Missouri resident Michael Augustine, whose 2010 Subaru WRX experienced engine failure in November 2016. The suit contends automotive engines typically should last for at least 120,000 miles but those with the high-performance 2.5L turbocharged engine “often fail at less than 50 percent of their reasonably expected useful life.”

It says Augustine’s WRX engine failed at 73,000 miles, and he claimed the breakdown occurred close to home, but added, “I feel that an issue like this could present an unsafe situation were it to happen on the many long road trips that I take, often in unpopulated or rural areas."

Augustine says it will cost him $6,000 to $8,000 to replace the engine block in his 2010 Subaru WRX. The lawsuit filed in the Camden, New Jersey court is seeking more than $5 million in damages for people who owned or leased the 2009-2014 Subaru WRX and WRX STI models, and calls the alleged defect “a serious safety issue” because the vehicle’s “sudden power loss and/or stalling severely compromises the owner's ability to maintain vehicle control.”

This second lawsuit goes on to say the defective 2.5-liter turbo engines are “high performance versions” of the same engines used in other Subaru models, like the Forester XT, that earned WardsAuto "10 Best Engines" award, and Outback turbo versions, and says Subaru “nearly doubled the horsepower, but failed to make necessary changes to prevent damage to the connecting rod bearings and main crankshaft bearings.”

The class-action lawsuit contends the problem in the WRX/STI 2.5-liter engine was “further exacerbated by inadequate oil lubrication to the bearings and crankshaft” causing “sudden and catastrophic engine self-destruction as overheated internal parts seize” and by “severe driving conditions.” The suit estimates the number of WRX/STI owners could number more than 100,000 people.

The Courier Post reached out to Michael McHale, Director of Corporate Communication for Subaru, who said, “We will investigate this claim, but in general we stand by the engine in question, which has a long history of proven performance.”

What do our readers think? Do you think these lawsuits against Subaru’s 2009-2014 WRX and WRX STI 2.5L turbo boxer engines are accurate, or driver error? If you think this article would interest your friends, consider sharing or tweeting it to your followers.