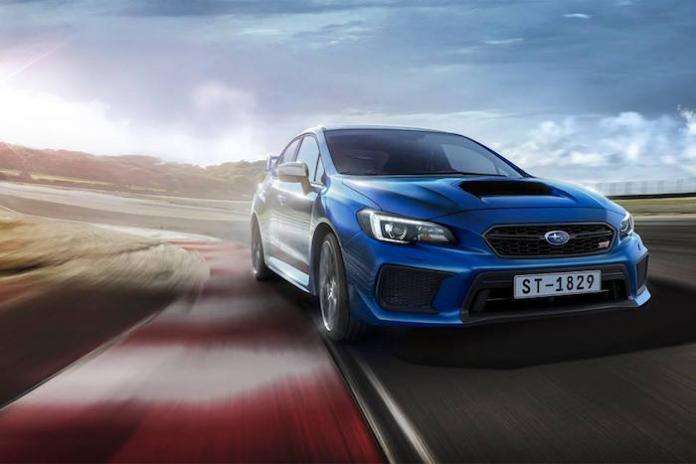 Subaru has received plenty of criticism for not increasing power in the EJ25 2.5-liter boxer engine, or for not changing to the FA20. Here’s how Subaru answers them.
Advertisement

The newly-redesigned 2018 Subaru WRX STI keeps the same power plant (EJ25 2.5-liter) and doesn’t get any engine upgrades. Critics have said it’s the same engine the car has had with no power upgrades since 2008 when they bumped the EJ25 up from 300hp to 305hp in the third-generation STI. Performance fans want to know why and Subaru has answered.

On their Global WRX STI page, Subaru has answered critics and says its about the overall feel and not just power. They say its more about synergy (the sum of the parts) than it is about power. Their website says, “While the EJ25 2.5-liter turbocharged Subaru boxer engine generating 221 kW (305hp) and 407 Nm of torque (290 lb. ft of torque) provides electrifying acceleration, driving performance isn't just about numbers. That's why the WRX STI was revamped to enhance overall driving feel.”

While the 2018 STI didn’t get any power increase, there’s improved performance when you look at the sum of all the parts. Synergy is a wonderful thing, and Subaru knows how to add it all up to make the whole better. Subaru answers critics saying, “Combined with the stopping power from its Brembo brakes and cross-drilled rotors, the WRX STI is more communicative, more responsive, and more exciting to drive in many situations.”

We are seeing Subaru make some changes to the EJ25 in the new limited edition 2018 Subaru WRX STI Type RA. Subaru announced it gets an “estimated” 310hp an additional 5 horsepower upgrade over the standard 2.5-liter EJ25 turbo boxer engine. The torque stays the same at 290 lb. ft of toque. 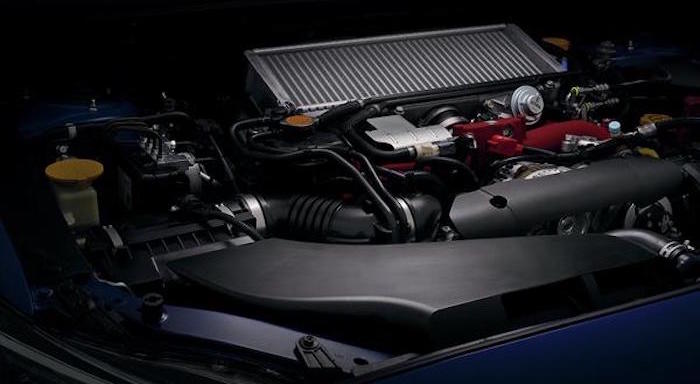 Subaru has not confirmed this, but we are speculating they will increase power in the EJ25 or change to the WRX-sourced FA20 2.0-liter DIT engine and increase power when they bring out the fifth-generation STI in 2020. That’s when its due for a complete remodel and will get the new Subaru Global Platform. Big changes are coming for the WRX STI, but fans will have to wait. Until then, the current generation performance sedan does get significant improvements to enhance the overall driving dynamics.

Guillermo Sanchez wrote on September 21, 2017 - 10:32am Permalink
Porsche keeps the 911 with the engine in the back. No one else does it, there might be a reason why nobody else likes to have the engine in the back. Yes, but nobody can image the engine being sent to the front. So WRX (not the current version) and the STi have inherent characteristics that people who like this cars love. From Subaru the boxer engine and the for wheel drive. And turbo ones had the rumble. That lovely characteristic that even though the EVO might have performed better on track, made the Subaru always the better choice for the everyday driver who wants something special. The rumble was there. Now is dead on the WRX, but the STi still has it. Ford makes magic to make the RS sound good. The STi was born with great sound. Driving is also the experience. As a daily driver of a WRX I can tell you that the mod I would do to my car is to get rid of the twin-scroll turbo and get the rumble again. Everything else I would keep, but I envy the STi owners because they keep the rumble. The soul is alive in the STi.
John Doe wrote on December 24, 2018 - 2:45am Permalink
HAHAHA. Critics beg for more power out of the STI so what does Subaru do? They add more stopping power instead. Their response is completely political. They didn't add more power because they couldn't justify the cost. It always comes down to sales/money.
Tim wrote on April 20, 2019 - 2:14pm Permalink
Maybe they didn't change it as it's already a great starting point ;-)